The Truth Is Out There

OHHHH… here I go again, stealing funny quotes. “Has anybody ever actually gotten salmonella from eating raw cookie dough or are people just trying to stop me from living my best life?” I mean… I know it’s just trying to be funny, but it’s a legitimate question. I have eaten plenty of raw cookie dough after a bad break-up (and on a regular Wednesday), and I have licked the cake batter off the mixer beaters. I have never gotten sick and I am still alive. So what’s the deal? 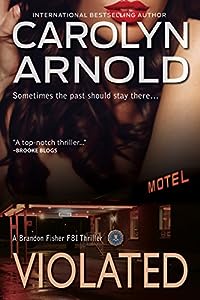 Sometimes the past should stay there…

Violated explores the cost of revenge and not letting go of the past. Wickedly clever, you won’t want to put this killer thriller down.

FBI Agent Brandon Fisher and his team jet off to California to try and prove the innocence of a fellow agent suspected of murder.

Agent Paige Dawson’s sole purpose for going to Valencia was to confront the man who raped her friend twenty-some years ago. When he turns up brutally murdered in a motel room, she’s the lead detective’s prime suspect. What Brandon and the rest of the team need to figure out is whether Paige was at the wrong place at the wrong time or whether she took revenge into her own hands. As the FBI team works to vindicate Paige, the lines start to blur, and doubts enter in, but Brandon fears entertaining them for too long. After all, the real killer could be out there, ready to strike again.

Join the hundreds of thousands of readers who have already taken the plunge into a series that will take you into the minds of the most heinous and disturbing serial killers the world could ever imagine. It doesn’t matter if this is the first book you’re reading in the Brandon Fisher FBI series or not; all the books stand alone! 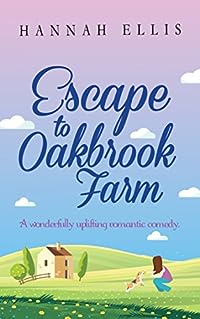 Village life is supposed to be quiet…

Josie Beaumont is a free spirit. She changes jobs about as often as she changes her relationship status. Frequently! The only constants in her life are the comfy old shoes that she refuses to part with.

When unemployment looms again, she’s intrigued by a job opportunity at a dog kennels in rural Devon. As someone who thrives on change, a move to the sticks doesn’t faze her at all. She’s expecting life in the country to be quiet and uneventful.

What she’s not expecting is Sam.

The charming, sensitive neighbour makes life much more interesting. In fact, when she gets involved in the local community, things really aren’t as dull as she anticipated. But just when she finally feels settled, she’s offered the job of her dreams back in London. It’s time to move on.

Being part of a small community has stirred something in Josie and she begins to question what she really wants. Can she turn her back on her new life and say goodbye to Sam? Or is she ready to hang up her running shoes and stay put? Maybe she’s finally found something worth sticking around for…

While this is the second book in the Hope Cove series it can also be enjoyed as a standalone novel. 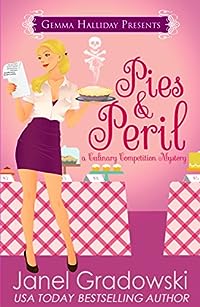 From USA Today bestselling author Janel Gradowski, comes a mystery that will leave you hungry for more…

When Amy Ridley decided to compete in the Kellerton Summer Festival Pie Contest, the last thing she expected was to find the reigning pie queen, Mandy Jo, dead — a raspberry pie smashed on her face! Mandy Jo made fantastic pies, but she accumulated more enemies than baking trophies. But when Amy receives a note threatening her own life, she decides to do some investigating herself.

It seems that half the town has a reason to kill the mean pie queen, and Amy finds herself sifting through a list of suspects that’s longer than her list of recipes. Not to mention playing cupid for her love-shy best friend, fending off a baker intent on finding out her prize-winning culinary secrets, and ducking the deadly attentions of Mandy Jo’s killer. If Amy doesn’t find out who wanted the pie queen dead soon, her own goose may be cooked! 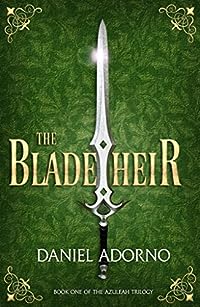 The Blade Heir (The Azuleah Trilogy Book 1)
by Daniel Adorno

The Dragons Have Awakened…

Lucius suffers each night from recurring nightmares of a black dragon called Kraegyn. The frightening dreams signal the return of the dragon tribes that wreaked havoc on the peoples of Azuleah centuries ago. Confused and uncertain of his role in the gathering storm, Lucius joins his elf brother Siegfried on a perilous journey to reforge the Requiem Sword–the blade which once defeated Kraegyn.

Lucius’ quest will take him through the kingdom of elves, dwarves, and faeries. Though he will gain allies on his quest and uncover secrets surrounding his past, can Lucius survive long enough to stop Kraegyn’s ascension?

The Blade Heir is Daniel Adorno’s debut novel and is an epic fantasy tale modeled after the works of C.S. Lewis, Stephen R. Lawhead, and Michael J. Sullivan.

Buy the book today to join the adventure! 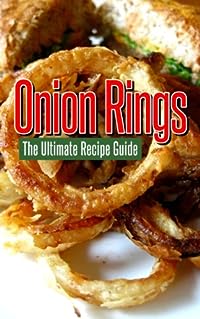 Who doesnt love Onion Rings? The fried american deliciousness we have come to love. We have compiled the most delicious and best selling recipes for you to feast on! From Old Fashioned to Mustard Onion Rings. Gluten Free to Mesquite. Every type of Onion Rings is covered for any occasion. The list goes on and the possibilities are endless. Enjoy!