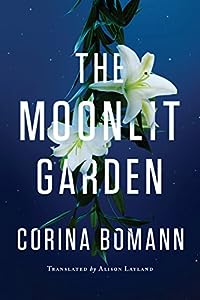 Lilly Kaiser had come to terms with her solitary, uncomplicated life after becoming a young widow. So when a stranger delivers an old violin to her Berlin antiques shop and tells Lilly it belongs to her, she’s completely bewildered. Why should she be the one to inherit such an exquisite instrument?

Together with her best friend, Ellen, and handsome musicologist Gabriel Thornton, Lilly sets out to explore the violin’s legacy. From England to Italy to Indonesia, she follows its winding trail. Along the way, she learns of Rose Gallway, a beautiful woman of English and Sumatran descent who lived among Sumatra’s lush gardens more than a hundred years earlier. A celebrated and sought-after musician, Rose once owned Lilly’s violin and regularly played concerts for Sumatra’s colonial elite — until, one day, she simply disappeared.

As Lilly unravels the mystery behind Rose’s story — and uncovers other unexpected secrets — she’ll come to see her own life in an entirely new light. And as each shared discovery brings her closer to Gabriel, her heart might finally break its long-held silence. 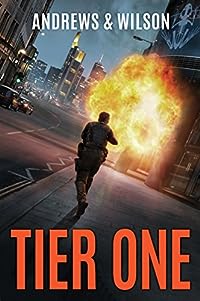 In a world violated by terror, the old lines have blurred. Meet the next generation of covert ops.

John Dempsey’s life — as an elite Tier One Navy SEAL named Jack Kemper — is over. A devastating terrorist action catapults him from a world of moral certainty and decisive orders into the shadowy realm of espionage, where ambiguity is the only rule. His new mission: hunt down those responsible for the greatest tragedy in the history of the US Special Ops and bring them to justice.

But how does a man torn between duty and revenge walk the line and preserve his soul?

As Dempsey struggles with the games of spies, the case propels him across the globe in a desperate effort to prevent a new, horrifying attack on American soil.

Once, John Dempsey followed orders blindly. Now he sees behind the curtain, and the security of the civilized world rests on one question: Can a Tier One Navy SEAL adapt and become the world’s most lethal spy? 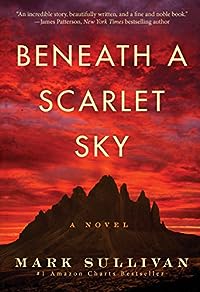 Beneath a Scarlet Sky: A Novel
by Mark Sullivan

Soon to be a major television event from Pascal Pictures, starring Tom Holland.

Based on the true story of a forgotten hero, the USA Today and #1 Amazon Charts bestseller Beneath a Scarlet Sky is the triumphant, epic tale of one young man’s incredible courage and resilience during one of history’s darkest hours.

Pino Lella wants nothing to do with the war or the Nazis. He’s a normal Italian teenager — obsessed with music, food, and girls — but his days of innocence are numbered. When his family home in Milan is destroyed by Allied bombs, Pino joins an underground railroad helping Jews escape over the Alps, and falls for Anna, a beautiful widow six years his senior.

In an attempt to protect him, Pino’s parents force him to enlist as a German soldier — a move they think will keep him out of combat. But after Pino is injured, he is recruited at the tender age of eighteen to become the personal driver for Adolf Hitler’s left hand in Italy, General Hans Leyers, one of the Third Reich’s most mysterious and powerful commanders.

Now, with the opportunity to spy for the Allies inside the German High Command, Pino endures the horrors of the war and the Nazi occupation by fighting in secret, his courage bolstered by his love for Anna and for the life he dreams they will one day share. 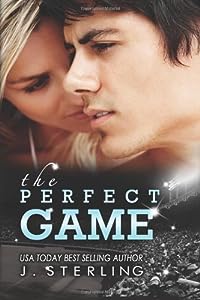 The Perfect Game: A Novel (The Game Book 1)
by J. Sterling

He’s a game she never intended to play.
And she’s the game changer he never knew he needed.

The Perfect Game tells the story of college juniors, Cassie Andrews and Jack Carter. When Cassie meets rising baseball hopeful Jack, she is determined to steer clear of him and his typical cocky attitude. But Jack has other things on his mind… like getting Cassie to give him the time of day.

They are damaged, filled with mistrust and guarded before they find one another (and themselves) in this emotional journey about love and forgiveness. Strap yourselves for a ride that will not only break your heart, but put it back together.

Sometimes life gets ugly before it gets beautiful… 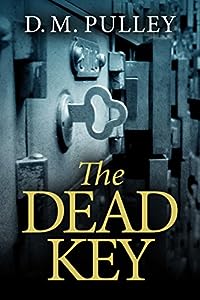 It’s 1998, and for years the old First Bank of Cleveland has sat abandoned, perfectly preserved, its secrets only speculated on by the outside world.

Twenty years before, amid strange staff disappearances and allegations of fraud, panicked investors sold Cleveland’s largest bank in the middle of the night, locking out customers and employees, and thwarting a looming federal investigation. In the confusion that followed, the keys to the vault’s safe-deposit boxes were lost.

In the years since, Cleveland’s wealthy businessmen kept the truth buried in the abandoned high-rise. The ransacked offices and forgotten safe-deposit boxes remain locked in time, until young engineer Iris Latch stumbles upon them during a renovation survey. What begins as a welcome break from her cubicle becomes an obsession as Iris unravels the bank’s sordid past. With each haunting revelation, Iris follows the looming shadow of the past deeper into the vault — and soon realizes that the key to the mystery comes at an astonishing price.