I am currently in a bit of a sticky situation. The swarm that moved into my bee box has started building comb on the lid of box. If I ever want to  get honey from these bees I need to remove the lid, add the next super (box) and put the lid back on top. This means I have to pull the lid off, cut the comb off the lid, secure it to a frame and slide the frame back in the lower super. I would be cutting through baby bees, pissing off nurse bees, and just in general it sounds like a hot mess. I have never done this before and I will be honest…I am hecka nervous. HECKA!!! Did I mention I would be doing this while up on a ladder? Yaaa.. let’s just make it ten levels of exciting. I can’t do any of this until the weather is just right, so for now I am waiting for the sun to be out and the wind to be down. I am not sure if my biggest worry is getting stung or pissing off the hive so much they leave. If I had a choice I would rather get stung. Although the fact that I have never been stung and have no clue if I am allergic, just adds another 5 levels of excitement. Yay. 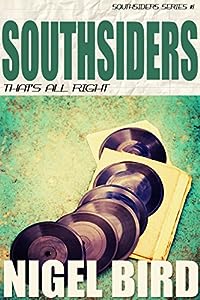 Ray Spalding’s had enough of his wife, Paula. He’s left his home in Edinburgh’s Southside and headed for Belfast. It’s safer there.

Unknown to Ray, Paula’s also had enough of him. She’s not going back home. Not now, not ever.

Jesse Spalding wakes up one morning to find both his parents gone. And he can’t tell anyone or he’ll be taken into care.

As time passes and bills need paying, all Jesse can rely on are his wits, his friend Archie and his dad’s 1950s record collection.

Southsiders is a powerful short novel that follows the spiralling fortunes of Ray and Jesse, pushing father and son to their limits while they struggle against the odds in the darker shadows of two of Britain’s capital cities. 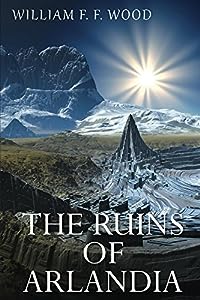 The Ruins of Arlandia
by William F. F. Wood

The universe has been devastated from 100 years of war between the Goremog Empire and the No’Rath Domain. It has become a dangerous nightmare where small pockets of survivors are hunted down and destroyed. All living populations are nearly extinct. Driven by unquenchable hatred, fleets of robot controlled space ships have been built in order to continue fighting. The planets of Arlandia and Aleria put all their hopes in a super weapon, secretly built in ten remote locations. When completed, it would have saved them from their enemies. But before they could finish it, the Alerian home world was destroyed, the people scattered and the weapon lost. Calvin Range is from the planet New Arlandia, a hidden planet that escaped the devastation of the war. After a disaster in space, Calvin, a Lieutenant in the Arlandian Space Force is propelled on an exciting adventure along with Astra, Princess of the planet Aleria. Together they must find the ten pieces of the super weapon and assemble it before the Goremog launch a second war and are able to finish what they started – total domination of the entire universe. 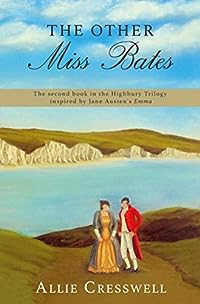 The Other Miss Bates: The second book in the Highbury Trilogy, inspired by Jane Austen’s ‘Emma’
by a Lady, Allie Cresswell

Jane Bates has left Highbury to become the companion of the invalid widow Mrs Sealy in Brighton. Life in the new, fashionable seaside resort is exciting indeed. A wide circle of interesting acquaintance and a rich tapestry of new experiences make her new life all Jane had hoped for.
While Jane’s sister Hetty can be a tiresome conversationalist she proves to be a surprisingly good correspondent and Jane is kept minutely up-to-date with developments in Highbury, particularly the tragic news from Donwell Abbey.
When the handsome Lieutenant Weston returns to Brighton Jane expects their attachment to pick up where it left off in Highbury the previous Christmas, but the determined Miss Louisa Churchill, newly arrived with her brother and sister-in-law from Enscombe in Yorkshire, seems to have a different plan in mind. 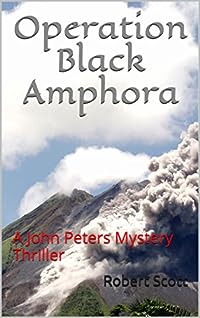 John Peters is an archaeologist who left his Ivy League university after an unfounded accusation of plagiarism in his dissertation. He reaches out to his old tutor at Oxford and is soon enlisted in an archaeological expedition to find the long lost tomb of Alexander the Great. But the expedition turns out to be a cover for a CIA and MI6 operation that puts Peters and his new girl friend and colleague Lady Liz Armstrong in harm’s way. Searching for Alexander’s tomb turns out to be the last thing that Peters and Armstrong need to worry about. 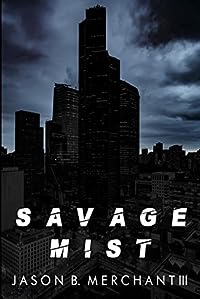 The world is in denial as a world war looms, and foreign powers begin moving military might to all corners of the globe. The security America once enjoyed is reduced to fear when a biological weapons attack is unleashed in downtown Seattle, transforming the citizens into violent killers. Xavier, a war veteran, leads a group of survivors through a treacherous and unforgiving landscape, where the inoculated citizens are behind every corner, and a foreign power makes landfall on the greatest nation on earth. 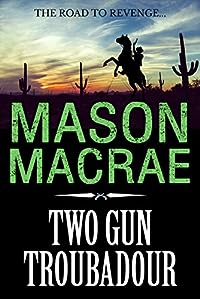 Odette Rivers is looking for revenge. And she’s going to need a partner…

When a gang of Mexican bandits attack the Rivers’ ranch, they get more than they bargained for, with every last one of them left for dead.

But just as the last of the attackers hits the ground, Old Man Rivers takes a hit.

Orphaned and alone, Odette Rivers vows to avenge her father’s death by any means possible.

The young girl’s gun slinging might be enough to take down the bandits, but when it comes to the villainous ringleader Don Esteban, she’s going to need some help.

And there’s only one man for the job – Jacal Jim.

She doesn’t like him, but she sure as hell needs him by her side if she’s any hope of taking down Don Esteban.

Famous across the lands for his bloodthirsty ways, how will she convince the handsome bounty hunter to help her?

It’s up to Odette’s wily alter ego, Kid Lucifer, to convince him.

All across the border country, Odette and Jim play a dangerous game of cat and mouse, almost meeting their end on more than one occasion.

The country is treacherous, but on their journey an unlikely romance starts to blossom.

Until finally, they come face to face with their enemy…

In the final showdown, has this improbable duo finally met their match?

What will become of the sinister Don Esteban?

Can one girl overcome the most powerful man in the West?