Today is the day my oldest basset graduates from the 6th grade. It hit both of my baby bassets this morning that they wont be in the same school together for the first time 8in their life next year.  They actually hugged eachother…IN PUBLIC!!! So far I havent had the urge to cry, but I get the feeling those two boys are going to make it real difficult. I didnt cry when they went to preschool, or when they went off to kindergarten. I did cry when I hit my elbow really really hard, so if I feel the urge to cry coming on, I will just say I hit my elbow again. I WILL NOT CRY! 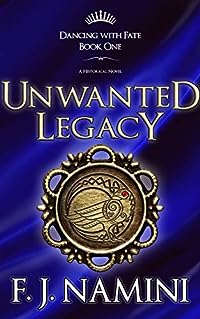 What could be more difficult than knowing that you are born for a predetermined destiny? Maybe… , trying to change it!
644BC, Mithra was born between hate and love, when her father’s tribe was fighting against her mother’s clan! Her father was a lord commander of the Mannaeans troop and her mother an Assyrian princess from her father’s enemy’s ground; a strange but burning love. They died at the same time, but in different places, her father on the battlefield as the Assyrian warriors’ screams echoed into the mountain, showing his severed head, and her mother birthing her. Maybe fate did not dare impose this loss on them. Mithra was born when her mother was asking help from her Assyrian gods, she had a strange birthmark on her face, and she inherited her mother’s face, a wild Assyrian beauty, no wonder her father’s tribe hated her. They made her believe that she was an ominous creature, doomed for being alone in her own land. Even Astyages’ love, a burning love that took shape in adventures could not help her. Mithra had love in her hands, and she believed that she had overcome her fate, but the fate rose up against the love. This is a story of love, sacrifice, ambition, fear, courage,… and miracles; like all of us! 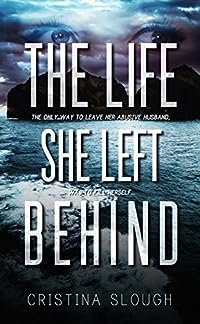 The Life She Left Behind
by Cristina Slough

On the surface, Gaby Parker has it all; however, behind closed doors, is a woman who lives in constant fear of the man who was supposed to love her: her husband, Kyle. Beaten, desperate, and broken, Gaby realizes the only way to escape from her violent husband is to kill herself — on paper. Gaby is dead, and Riley Locklin is born, residing in the tranquil coastal town of Chesswick Bay Montauk where she hopes to start over and meets a man who shows her bruises aren’t kisses. Meanwhile, back home, Kyle is doing everything in his power to prove Gaby isn’t dead. But… police find her burnt-out car and remains? Kyle isn’t buying it; he knows she’s still alive. He launches his own investigation to find his wife — and he’ll stop at nothing to claim her back. A female Detective assigned to his wife’s case doesn’t like him very much after discovering a domestic violence report – scorned by the history of her mother’s domestic abuse, she’s determined to send Kyle down for his wife’s murder. And then he finds her. Will Gaby finally take a stand?
This book contains themes that some readers may find disturbing. Contains possible triggers. 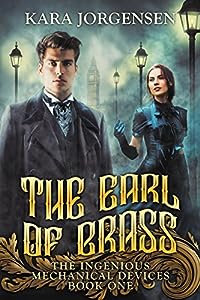 Eilian Sorrell is no stranger to cheating death, but when a dirigible accident costs him his arm, he fears his days of adventuring are over. As the eldest son of the Earl of Dorset, Lord Sorrell knows he will face a bleak future among London’s aristocracy unless he can escape. On a quest to return to his old life, Lord Sorrell commissions a prosthetic arm, but the craftsman isn’t quite what he expected.
Fenice Brothers Prosthetics is in trouble. Hadley’s brother is dead, and she is forced to pick up the pieces and finish what he started. When clients begin turning her away, she fears she will fail until she crosses paths with the enigmatic Lord Sorrell. In exchange for a new arm, he offers her a chance at adventure in the deserts of Palestine.
Beneath the Negev’s sand lies something far more precious than potsherds or bones. A long lost crystal city has been found that could change Eilian and Hadley’s world forever, but they aren’t the only ones who know its secrets. Will they make it out alive or will they, too, be buried beneath the desert sands? 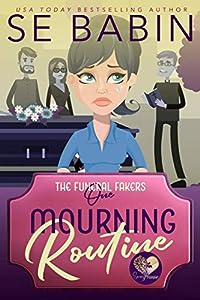 Restrained Crying: $50
Banshee Wailing: $100
Crying & Rolling on the Ground: $150
Threatening to Jump in the Grave: $250
Uncovering a Murder Mystery: PRICELESS

Kitty Crawford reached for stardom and fell hard. Now, in desperate need of some way to make ends meet, she skulks back to her hometown of Asheville. Unfortunately, the employment offers are slim pickings for a has-been whose sole talent is being able to cry on cue.

That is, until one odd turn leads to another, which leads to the little-known profession of Personal Mourning. Here, the better Kitty can fake it, the more dollars she’ll find stacked up in her bereft bank account. Talk about a role she was born to play!

And townsfolk are just dying to hire her. Her first gig casts her as the bereaved girlfriend of one newly deceased Chase McCormick, someone she would never have dated in life. Still, Kitty will have to act like her life depends on it, because–OMG!–it does.

Can she perform an investigation that could turn out to be murder before she gets her own curtain call? Find out whodunit in this hilarious mystery series filled with fake tears and a very real body count… 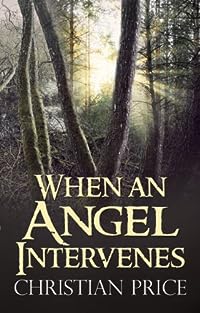 When an Angel Intervenes
by Christian Price, Darleen Dixon

When an Angel Intervenes, is based on a true story. On Friday January 24th, 1986 at approximately 4:45 PM, within an hour of stepping off a school bus I was dying from a self-inflicted gun-shot wound in a lonely, secluded forest. I was 16 years old that night, and I had turned to suicide to escape a decade of child abuse, neglect, and abandonment.
Before pulling the trigger to rifle aimed at my heart I made a final prayer. I asked God, to send an Angel to save me. Unsure if God had heard me or not, I pulled the trigger.

When the rifle went off, I knew I had made a mistake and I wanted my life back. I learned life was a gift and I would take a thousand reasons why I had just pulled that trigger if I could have my life back. What would happen next, was a 2 hour long savage battle to survive suicide, and a miracle from heaven.

I attempted to convey lessons learned that night in this historical fiction. Inspired by the events of that night I sought to express, life is a gift, and it’s the little things, that make it so.