I don’t mean to brag or anything, but I am pretty sure I am considered 5 Stars! Top Quality. It might also be that I am fast food, not really sure, but just to make me feel better about the fact that the mosquitoes were biting me all last night I’m gonna say I am 5 stars. My back and shoulders have so many large bumps on them, I look like an X-Man or just about any lumpy super hero. Too bad the only superpower I get from all of it is the ability to slap myself at super speed. It’s only day two. I better figure out a way to be less attractive quick. I can’t feed all these little bugs! Can I? 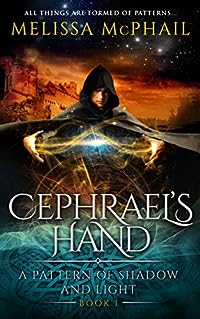 Cephrael’s Hand: A Pattern of Shadow & Light Book One
by Melissa McPhail

“All things are composed of patterns… ” And within the pattern of the realm of Alorin, three strands must cross:

In Alorin… three hundred years after the genocidal Adept Wars, the realm is dying, and the blessed Adept race dies with it. One man holds the secret to reverting this decline: Bjorn van Gelderan, a dangerous and enigmatic man whose shocking betrayal three centuries past earned him a traitor’s brand. It is the Adept Vestal Raine D’Lacourte’s mission to learn what Bjorn knows in the hope of salvaging his race. But first he’ll have to find him…
In the kingdom of Dannym… the young Prince Ean val Lorian faces a tenuous future as the last living heir to the coveted Eagle Throne. When his blood-brother is slain during a failed assassination, Ean embarks on a desperate hunt for the man responsible. Yet his advisors have their own agendas, and his quest for vengeance leads him ever deeper into a sinuous plot masterminded by a mysterious and powerful man, the one they call First Lord…
In the Nadori desert… tormented by the missing pieces of his life, a soldier named Trell heads off to uncover the truth of his shadowed past. But when disaster places him in the debt of Wildlings sworn to the First Lord, Trell begins to suspect a deadlier, darker secret motivating them. 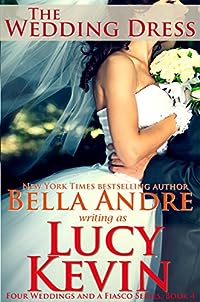 Anne Farleigh’s stunning dress designs are a large part of what makes a wedding at the Rose Chalet so coveted. Just when she is about to create the most important dress of her career, Anne finds out shocking news about her father’s past. She’s spent her entire life believing that her parents shared the perfect love story. But did they? Or was it all just a lie…

Gareth Cavendish runs both his Private Investigation firm and his life by the book. But when he serves Anne with papers relating to her father’s alleged affair two decades earlier — and the illegitimate daughter that resulted from it — he finds it impossible to remain strictly professional. Anne is simply the most beautiful, sweet, and open-hearted person he’s ever met. Only, how many rules will Gareth have to break to help her learn how to believe in love again?

THE WEDDING DRESS is the fourth fun, sweet, and emotional contemporary romance in the Four Weddings and a Fiasco series from New York Times and USA Today bestselling author, Lucy Kevin. 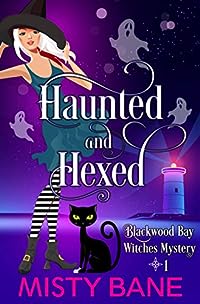 Welcome to Blackwood Bay, where magic and murder have come out to play…
Okay, if that had been on the sign when I drove into town, I probably would’ve thrown it in reverse and kept the pedal to the floor until I made it safely back to Las Vegas. Probably.
Instead, I’d been lured in by the cute little beach town, a handful of instant friends, and a hunky local.

My name is Dru Rathmore Davis, and In my defense, my life had pretty much just fallen apart. So, after learning that I’d inherited a bookstore from a grandmother that I never even knew existed, I was desperate to make this my fresh start. I daydreamed of owning a quaint little bookstore and spending my weekends reading on the beach. Sounds great, right? And what could possibly go wrong?

Turns out, everything. The bodies start piling up along with my arrival in town, someone may have murdered Granny… and that’s only the beginning. As a former private investigator, I really can’t help but find myself drawn (or pushed) into doing a little investigating of my own. It also helps that the Police Sergeant is super hot… cliché, I know, but what’s a girl to do?

Things are much more complicated than they first appear though, and being new in town certainly has its disadvantages. No one is who they seem to be. Not even me.

The only ones I can trust are the dead. Well, and my cat. But none of them are talking. Or are they? 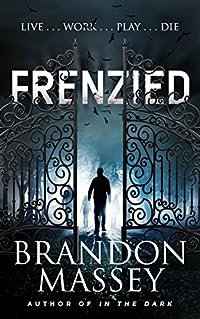 The first incident is dismissed as an aberration: a college student goes berserk and hacks his family to chunks with a machete. But a day later, a young woman riding her bicycle is chased through the streets by her own neighbors. Then a teenager takes a deadly joyride, using his pick-up truck to mow down everyone in sight. As the incidents pile up, the only thing they share is that each person launched into an inexplicable, uncontrollable frenzy.

Mark Deacon, an ex-cop and chief of South Haven’s private security force, has never seen anything like it. And it’s about to get a whole lot worse.

Within twenty-four hours, South Haven is declared a quarantine zone, with every entrance barricaded and military snipers positioned outside the perimeter with orders to shoot on sight. Fearful residents huddle inside, uncertain whom to trust, anxiously watching one another for clues of where the terror might strike next.

Together with Dr. Hannah Bailey, a brilliant CDC scientist dispatched to investigate the threat, Deacon teams up with a motley crew of neighbors, and they hatch a desperate plan to find out answers–and stay alive.

But the spreading menace might not have arrived by accident… 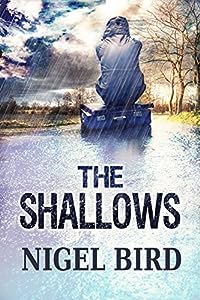 Lieutenant Bradley Heap has gone AWOL and taken along his wife and son. They’re managing to cope until a chance encounter with a gang of drug dealers turns their world upside down.

With no money and no contacts, the Heaps are forced underground. It’s a tough path they’ve chosen, but they can cope with anything as long as they stay together as a family unit.

Detective John Locke of Police Scotland joins forces with the Navy police in the search for Heap and his wife on a trail that will take them from the middle of Scotland to the edge of the South Lakes.

The Shallows explores the limits of human endurance and examines how far people will go to protect the ones they love. It is a twisting tale of tension, despair and intrigue that encapsulates the essence of hope. 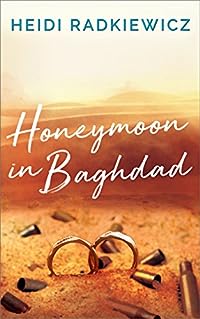 Honeymoon in Baghdad
by Heidi Radkiewicz

Heidi Radkiewicz’ Honeymoon in Baghdad explores the challenges and joys of a new marriage beset by the horrors of war. Beyond the usual complications of limited closet space and awkward dinners with the in-laws, National Guard recruits Heidi and Jake learned that they were both shipping off to Iraq mere weeks after tying the knot. In the months that followed, intense heat, mind-numbing boredom, and the ever-present danger of roadside bombs and murderous insurgents forged this pair into a team that can take on the world.

Written with grace and humor, Heidi’s account of this formative period in her young marriage is a lesson in the unwavering power of faith, hope, and finding joy in unexpected places. From bucket showers to palm-sized water beetles, Heidi’s message is clear: hold tight to the people you love, take comfort in the man by your side, and keep a look out for anything that can make you smile. Through the grace of God, adversity can pull you closer together.