The first day camping is always a bit rough, but you really aren’t going to hear too many complaints from me. Our neighbors last night fed my family delicious ribs and were singing and playing beautiful music on the guitar and little drums. The weather is going to be hot today, so we are going to spend most of the time in the lake. Today our friends will be joining us and the party will really begin. I get the feeling my posts will get more more lazy. Pictures! I will try to take lots of pictures. This first one is our view this morning. 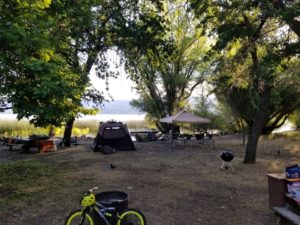 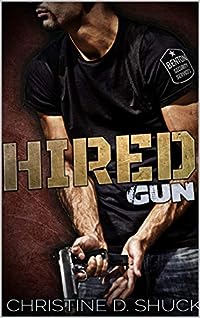 Lila Benoit has finally moved into a gorgeous loft and bought a new car. Her work as a data analyst for a prestigious real estate firm is her first “real job” since graduating college. Lila hasn’t broken the law, or witnessed a crime. She’s led a quiet, uneventful life. So why is someone trying to kill her?

Shane Ellis is a hired gun, determined to do his job, and keep his clients alive, no matter who is trying to kill them. Shane lives by and enforces The Code, a strict set of rules that have given his clients the highest survival rate – despite the dangers they have faced. Follow The Code and you stay alive. 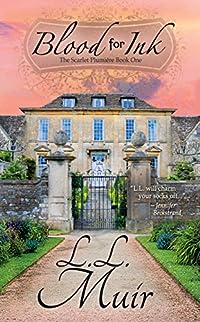 If he unmasks her, she’s as good as dead…
As the mysterious writer who exposes gentlemen’s secrets, it is not the first time The Scarlet Plumiere has been hunted. But this time it’s different. This time, she interferes with one of the Four Kings, and the brotherhood will not rest until they marry her off and place her securely under a man’s thumb. Only they have to catch her first.

The Earl of Northwick is falling for this writer, sight unseen. Will she be pretty? Will she have all her teeth? In his rush to claim her for himself, regardless of who she might ultimately be, he places her in grave danger–her desperate enemies are watching closely for the moment her mask is removed. 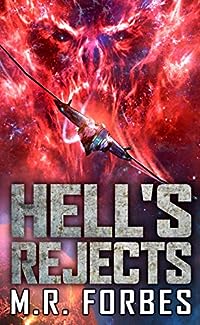 Hell’s Rejects (Chaos of the Covenant Book 1)
by M.R. Forbes

The most powerful starships ever constructed are taken. Thousands are dead. A fleet is in ruins…
Lieutenant Abigail Cage never expected to find herself in Hell. There was a time when she was one of the most respected soldiers in the military. Now she’s doing hard labor on the most miserable planet in the universe.

The Earth Republic is looking for the most dangerous individuals it can control. The best of the worst, and Abbey is one of them.

The mission is simple. Find the missing ships and kill the bastards who stole them.

It’s most likely suicide, but she has nothing to lose.

There’s only one problem…
A new evil is rising in the galaxy. One with a power unlike anything anyone has ever seen. One that’s been waiting for this moment for a very, very long time.

And they want Abbey too. 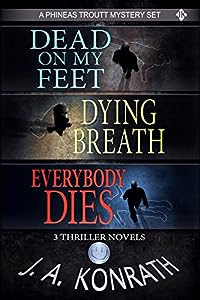 This is a specially priced box set of three novels in the Phineas Troutt thriller series (#1, #2, #3).

His name is Phineas Troutt. He’s a problem solver.

If a woman is being stalked by her ex-husband, Phin can convince him to stop. If a union is being squeezed, Phin can squeeze the squeezer. He’s not a mercenary. He’s not a bodyguard. He’s not a private eye. He’s a guy who takes cash for solving problems with violence.

When a doctor at a suburban women’s health clinic is being harassed, she hires Phin to make it stop. But the situation proves to be larger, and more dangerous, than even he can handle on his own. So he calls in some friends to help out; a P.I. named Harry McGlade and a female cop named Jack Daniels…

His name is Phineas Troutt. He’s a problem solver.
Her name is Jack Daniels. She’s a homicide cop.
And then there’s Harry McGlade, private eye.

Phin is trying to find a lost girl.
Jack is on the trail of a serial killer.
Harry is looking for a runaway.
Little do they know, they’re all on the same case…
They call themselves The Club. A group of rich, privileged twenty-somethings who like to indulge in things that money can’t buy. Things like kidnapping, torture, and murder.

They think they can get away with it.

They call him The Man With Seven Tears.

He has a teardrop tattoo on his cheek for every man he’s murdered for his twisted cause. He’s the head of the most ruthless hate group in the USA, and he’s about to commit the biggest act of domestic terrorism in history.

There’s only one person alive who knows him well enough to stop him. Someone strong enough. Determined enough. Smart enough.

Someone willing to lose everything. 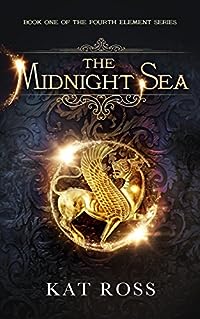 The Midnight Sea (The Fourth Element Book 1)
by Kat Ross

They are the light against the darkness.
The steel against the necromancy of the Druj.
And they use demons to hunt demons…
Nazafareen lives for revenge. A girl of the isolated Four-Legs Clan, all she knows about the King’s elite Water Dogs is that they bind wicked creatures called daevas to protect the empire from the Undead. But when scouts arrive to recruit young people with the gift, she leaps at the chance to join their ranks. To hunt the monsters that killed her sister.

Scarred by grief, she’s willing to pay any price, even if it requires linking with a daeva named Darius. Human in body, he’s possessed of a terrifying power, one that Nazafareen controls. But the golden cuffs that join them have an unwanted side effect. Each experiences the other’s emotions, and human and daeva start to grow dangerously close.

As they pursue a deadly foe across the arid waste of the Great Salt Plain to the glittering capital of Persepolae, unearthing the secrets of Darius’s past along the way, Nazafareen is forced to question his slavery — and her own loyalty to the empire. But with an ancient evil stirring in the north, and a young conqueror sweeping in from the west, the fate of an entire civilization may be at stake…