I just discovered the true power of the Magic Eraser Sponge. The baby bassets have locked themselves in their rooms and won’t let me in. Don’t they understand their rooms are dirty??? I HAVE THE POWER!!!!! 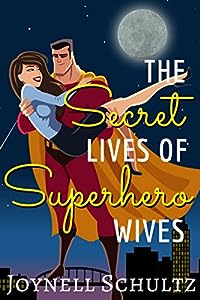 What happens after the superhero gets the girl?

Nobody said being married was easy, but try being married to a superhero. Not only is there laundry, cooking, and a career to balance, but throw in a few supervillains and your day’s booked.

Ariana, Victoria, and Emma’s men spend more time saving the world than doing dishes. These wives want some semblance of a normal married life, but would settle for an uninterrupted meal together.

How can they compete with saving the world?

When a catastrophic earthquake devastates Shadow Town and crime spirals out of control, the city needs help.

You don’t want to miss this untold story because it’ll make you question who are our superheroes. 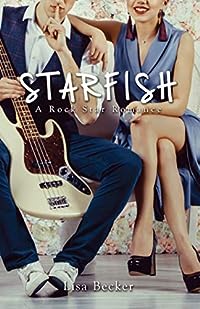 “I’m absolutely smitten. I fell in love with everything about it.” Diana, Goodreads reviewer

“I found the story to be sweet and entertaining as well as funny and suspenseful at times. And when you learn why it’s called Starfish you will be smiling with me” I Scream Books Blog

Ambitious graduate Marin Collins accepts a four-month internship at a prestigious public relations firm to work on a tech account, but her plans are derailed when she’s assigned to go on the road with touring rock band Kings Quarters, hailed by Rolling Stone as the next big thing.

Enter Brad Osterhauser, the reluctant rock star who would rather be coding computer games than penning Grammy-nominated songs.

Traveling by bus, city to city with a group of practical joking bandmates and a greedy manager, Marin and Brad forge a friendship and forbidden romance over a shared love of Seinfeld episodes, stolen moments and Red Vines.

But when Marin’s accused of betraying her company and the band, will Brad come to her defense or believe she was disloyal to him for the sake of her career?

Told in alternating perspectives of Marin and Brad, Starfish is a contemporary romance of unexpected love, the redemptive power of music and hogging the bed 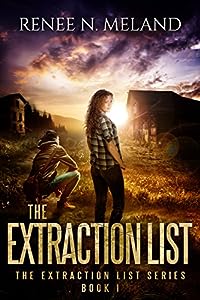 In development for film by 5×5 Productions!

An unforgettable, fast-paced science fiction adventure where a mother and daughter must rely on a gifted killer for survival…
In an America where parenting is regulated by the federal government, fifteen-year-old Riley Crane assumed she would never be taken from her home, and with good reason: her mother Claire had designed the criteria that parents must live by in order to keep their children.

But a simple knock at the door one evening proves her wrong.

Now on the run, Riley and Claire must rely on Cain Foley, a gifted killer who is as handsome as he is dangerous, to get them out of America alive. But when they discover what’s really happening beneath the government’s surface, they realize that escaping the country is only part of their problem. Together, they figure out that a killer can save a life, and a mother can damn a nation. 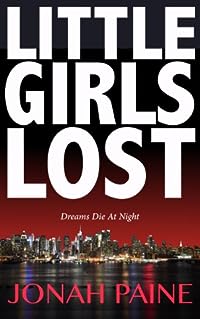 There’s a killer loose on the streets. He’s waiting, he’s watching, and one cop stands between him and the young women he would make his prey.

The city is depending on him, though. The body of a beautiful teenager is fished from a local river, and soon Sam finds himself on the trail of a killer who is as perplexing as he is savage.

Many investigations break down when there are too few clues. But what happens when you have too many?

To catch a killer who is always one step ahead, Sam must draw on every bit of experience he’s accumulated and follow a twisting trail back to the killer before another girl pays the price. 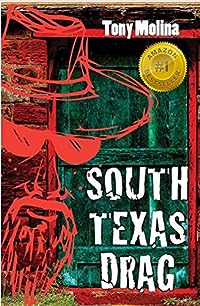 Take a trip through the South Texas terrain through the eyes of drug runner, Toño Garcia. His distinctive South Texas slang adds a unique charm to this dark story, but the appeal and originality doesn’t stop there. This guy knows more about style than Carrie Bradshaw, which adds massive flavor and a whole new twist to a tale about “crime as a way of life” in South Texas.
Toño sets the mood of every scene by describing the sagebrush and cactuses, the 100-degree heat, the dusty roads, and winding rivers. He sets the mood, too, cluing us into memories, his history. These tales — from the time he had to smuggle prize-winning horse jizz across the border, to the 55-gallon tanks that serve as human caskets for his “colleagues” the Bass brothers when drug deals go wrong — come together to show us that Toño is trapped, but surviving the best he can.
Toño puts on his favorite Bed Stu boots for this particular job — he must kidnap the girlfriend of El Commandante, in order to save his own life. Toño killed the one of the cartel’s son’s six months back in self-defense with his lucky tanto blade. You see, ain’t nobody better with a knife than Toño, expect maybe his uncle, El Maestro, the man who ordered this job.
Toño can’t go this alone. He calls on his crew: Rigo and Paco, and Jay — a bigtime ex con, old school drug runner, retired now, most of the time. Loyalty and self-preservation are everything to these guys. After all, that’s all they’ve got, well, that and drug running.
But things don’t go as planned. The girl they kidnap is not “the girlfriend.” It appears the whole job is a setup. Toño must go off the grid, in order to save his bros, his crew, his own life. Just another day in South Texas.