Add Just A Pinch Of Salt

I love a good bunch of Price Drops. 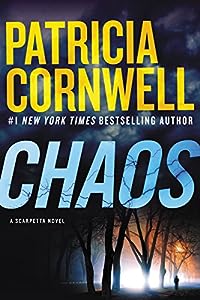 From the Ancient Greek (or kháos)

A vast chasm or void. Anarchy. The science of unpredictability.

On a late summer evening in Cambridge, Massachusetts, Dr. Kay Scarpetta and her investigative partner, Pete Marino, respond to a call about a dead bicyclist near the Kennedy School of Government. It appears that a young woman has been attacked with almost superhuman force.

Even before Scarpetta’s headquarters has been officially notified about the case, Marino and Scarpetta’s FBI agent husband, Benton Wesley, receive suspicious calls, allegedly from someone at Interpol. But it makes no sense. Why would the elite international police agency know about the case or be interested? It soon becomes apparent that an onslaught of harassment might be the work of an anonymous cyberbully named Tailend Charlie, who has been sending cryptic communications to Scarpetta for over a week.

Even Lucy, her brilliant tech-savvy niece, can’t trace who it is or how this person could have access to intimate information. When a second death shocks Scarpetta to her core, it becomes apparent she and those close to her are confronted with something far bigger and more dangerous than they’d ever imagined. 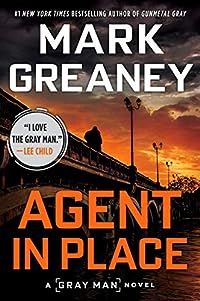 The Gray Man is back in another nonstop international thriller from the #1 New York Times bestselling coauthor of Tom Clancy’s Jack Ryan novels.

Fresh off his first mission back with the CIA, Court Gentry secures what seems like a cut-and-dried contract job: A group of expats in Paris hires him to kidnap the mistress of Syrian dictator Ahmed Azzam to get intel that could destabilize Azzam’s regime.

Court delivers Bianca Medina to the rebels, but his job doesn’t end there. She soon reveals that she has given birth to a son, the only heir to Azzam’s rule–and a potent threat to the Syrian president’s powerful wife.

Now, to get Bianca’s cooperation, Court must bring her son out of Syria alive. With the clock ticking on Bianca’s life, he goes off the grid in a free-fire zone in the Middle East–and winds up in the right place at the right time to take a shot at bringing one of the most brutal dictatorships on earth to a close… 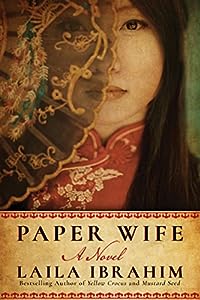 From the bestselling author of Yellow Crocus comes a heart-wrenching story about finding strength in a new world.

Southern China, 1923. Desperate to secure her future, Mei Ling’s parents arrange a marriage to a widower in California. To enter the country, she must pretend to be her husband’s first wife — a paper wife.

On the perilous voyage, Mei Ling takes an orphan girl named Siew under her wing. Dreams of a better life in America give Mei Ling the strength to endure the treacherous journey and detainment on Angel Island. But when she finally reaches San Francisco, she’s met with a surprise. Her husband, Chinn Kai Li, is a houseboy, not the successful merchant he led her to believe.

Mei Ling is penniless, pregnant, and bound to a man she doesn’t know. Her fragile marriage is tested further when she discovers that Siew will likely be forced into prostitution. Desperate to rescue Siew, she must convince her husband that an orphan’s life is worth fighting for. Can Mei Ling find a way to make a real family — even if it’s built on a paper foundation? 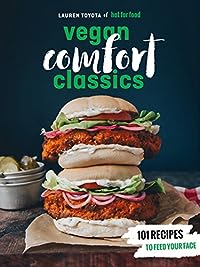 A fun and irreverent take on vegan comfort food that’s saucy, sweet, sassy, and most definitely deep-fried, from YouTube sensation Lauren Toyota of Hot for Food.

In this bold collection of more than 100 recipes, the world of comfort food and vegan cooking collide as Lauren Toyota shares her favorite recipes and creative ways to make Philly cheesesteak, fried chicken, and mac ‘n’ cheese, all with simple vegan ingredients. Never one to hold back, Lauren piles plates high with cheese sauce, ranch, bacon, and barbecue sauce, all while sharing personal stories and tips in her engaging and hilarious voice. The result is indulgent, craveworthy food – like Southern Fried Cauliflower, The Best Vegan Ramen, and Raspberry Funfetti Pop Tarts – made for sharing with friends at weeknight dinners, weekend brunches, and beyond.