Christina McMullen is a science fiction and fantasy author who likes to blur the lines between these two genres. Readers are presented with a tour de force of imagination presented in the most matter-of-fact way this is brilliant. Enjoy! 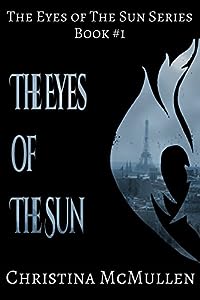 New Orleans certainly has no shortage of vampire legends and Lucy Soriano was sure she had heard them all. But after a date with a handsome stranger takes a deadly turn, Lucy learns that the truth is more terrifying than fiction, and that the real monsters are not the creation of vivid imaginations, but evolutionary advantage.
After surviving the attack that should have killed her, Lucy is recruited into an elite organization of vampire hunters and learns that vampires are not the only ones with evolution on their side. But despite her own mysterious genetics, Lucy is not a soldier and vampire hunting does not come naturally. Her dangerous improvisations are quickly called out by Andre Garnier, a hunter who makes no secret of the fact that he is opposed to Lucy’s recruitment. Adding to her worries is The Eyes of The Sun, the oldest and most dangerous collective of vampires, who are once again gaining ground and have infiltrated the very organization that is trying to stop them.
Now, Lucy and Andre are forced to work together. Not only to keep New Orleans safe, but to stay alive.
Unfortunately, The Eyes of The Sun have an agenda that no one was expecting. 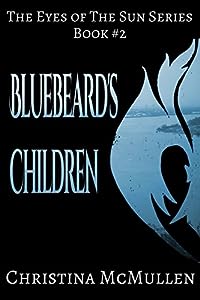 Lucy Soriano’s life is falling apart. Working for the outreach was supposed to be rewarding, but convincing modified vampires to go against their programming was no easy task. Even worse, after a misunderstanding sends Andre jetting off to Europe without so much as a goodbye, the nightmares about her abduction in Paris have gotten worse.
When she encounters a teenage girl who appears to share her deadly secrets, Lucy learns of a plantation where children are hunted by vampires as sport. Now Lucy must travel deep into the bayou to track down and stop the monster responsible. But before she can put an end to Bluebeard’s deadly game, she must first save the one who holds the key to her own mysterious existence.

Bluebeard’s Children is the second book in the series, The Eyes of The Sun

This book contains some violent scenes and mild sexual situations, and is reccommended for readers over the age of 16. 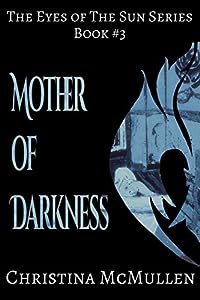 With the Eclipse project disbanded and the government still keeping secrets, the former hunters are co-opted into the outreach effort aimed at convincing the mods to change their ways. Lucy Soriano is pleased that the focus has shifted from killing vampires to saving them, but soon learns that some of the hunters are having a harder time transitioning than others. Even worse, the organization is thrown into chaos when an unknown enemy begins targeting vampires and making threats against the hunters, and Lucy finds herself inexplicably suffering from a mysterious illness.
Piecing together the puzzle out of false leads and whispered rumors just leaves Lucy with more questions than answers. Is the government behind the attacks or are The Eyes of The Sun once again on the rise? Or is New Orleans in danger of falling to a new and unknown power? But most importantly, will Lucy survive long enough to discover the truth? 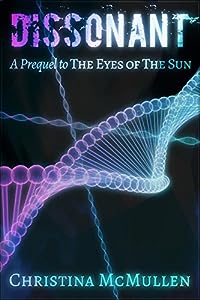 A mysterious threat stalks New Orleans at night, leaving a trail of dead bodies, whispered rumors of vampires, and a terrified police force who want nothing to do with it.
When he becomes the first to survive, Evan Conroy enlists the help of his best friends to investigate and find a rational explanation for the paranormal attacks. But every answer they uncover reveals even more questions and one among them will discover that she is not quite what she seems.

Dissonant is a 15,000 word story that takes place 20 years before the events of The Eyes of The Sun and contains a chapter preview of book one.