Here are a few Popular Price Drops to make the middle of the week feel pretty spiffy. 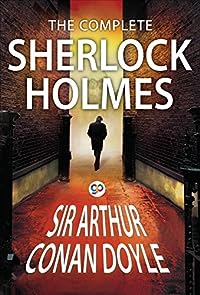 Housed in one superb volume, ‘The Complete Sherlock Holmes’ includes every Sherlock Holmes tale penned by the great Arthur Conan Doyle. With a linked table of contents, you can click on each and every chapter, making for easy navigation through this mammoth omnibus.

Sherlock Holmes, the greatest fictional detective of the late 19th and early 20th centuries, was the creation of Scottish born author and physician Sir Arthur Conan Doyle. A brilliant London-based detective, Holmes is famous for his intellectual prowess, and is renowned for his skillful use of deductive reasoning and astute observation to solve difficult cases. He is arguably the most famous fictional detective ever created, and is one of the best known and most universally recognizable literary characters in any genre.

Arthur Conan Doyle was born the third of ten siblings on 22 May 1859 in Edinburgh, Scotland. His father, Charles Altamont Doyle, was born in England of Irish descent, and his mother, born Mary Foley, was Irish. They were married in 1855.

At the age of nine Conan Doyle was sent to the Roman Catholic Jesuit preparatory school, Hodder Place, Stonyhurst. He then went on to Stonyhurst College, leaving in 1875.

From 1876 to 1881 he studied medicine at the University of Edinburgh. This required that he provide periodic medical assistance in the towns of Aston (now a district of Birmingham) and Sheffield. While studying, Conan Doyle began writing short stories. His first published story appeared in ‘Chambers’s Edinburgh Journal’ before he was 20. Following his graduation, he was employed as a ship’s doctor on the SS Mayumba during a voyage to the West African coast. He completed his doctorate on the subject of tabes dorsalis in 1885.

In 1885, Conan Doyle married Louisa Hawkins, known as ‘Touie’. She suffered from tuberculosis and died on 4 July 1906. The following year he married Jean Elizabeth Leckie, whom he had first met and fallen in love with in 1897. Due to his sense of loyalty he had maintained a purely platonic relationship with Jean while his first wife was alive. Jean died in London on 27 June 1940.

Conan Doyle was found clutching his chest in the hall of Windlesham, his house in Crowborough, East Sussex, on 7 July 1930. He had died of a heart attack at age 71. His last words were directed toward his wife: “You are wonderful.” 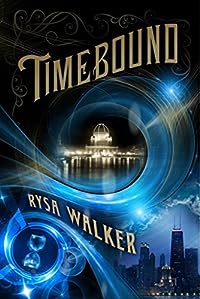 When Kate Pierce-Keller’s grandmother gives her a strange blue medallion and speaks of time travel, sixteen-year-old Kate assumes the old woman is delusional. But it all becomes horrifyingly real when a murder in the past destroys the foundation of Kate’s present-day life. Suddenly, that medallion is the only thing protecting Kate from blinking out of existence.

Kate learns that the 1893 killing is part of something much more sinister, and her genetic ability to time travel makes Kate the only one who can fix the future. Risking everything, she travels back in time to the Chicago World’s Fair to try to prevent the murder and the chain of events that follows.

Changing the timeline comes with a personal cost — if Kate succeeds, the boy she loves will have no memory of her existence. And regardless of her motives, does Kate have the right to manipulate the fate of the entire world? 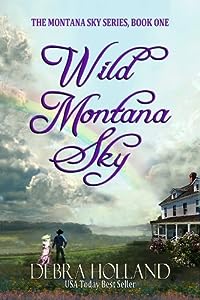 When her brother announces his marriage, Elizabeth Hamilton suddenly becomes unwanted and unwelcome in the only home she’s ever known. To escape the new mistress of the house, Elizabeth accepts the invitation of her best friend to journey to Montana.

The dirt streets and wooden storefronts of Sweetwater Springs and the hardships of ranch living are worlds away from the refinements of Gilded Age Boston, yet Elizabeth is filled with new hope — and buoyed by a wealthy banker’s attentions. Yet it’s cowboy Nick Sanders who slowly awakens her heart and helps her recognize her strengths. And when a deadly influenza epidemic strikes, Elizabeth will fight for those she loves — and the life she’s ready to claim.

A USA Today bestseller and winner of Romance Writers of America’s Golden Heart Award, Wild Montana Sky is historical romance at its best — a warm, uplifting story of new love and second chances. 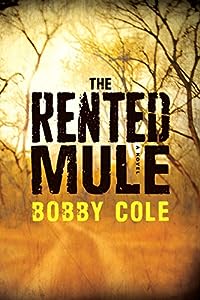 The Rented Mule
by Bobby Cole

Cooper Dixon should have it made, with a beautiful wife, Kelly, two great kids, and a thriving business, the Tower Agency. But for Cooper, things aren’t turning out how he expected. He and Kelly are caught in a never-ending cycle of arguments — Cooper can’t remember the last time they had sex. And Cooper’s troubled business partner, Gates Ballenger, is scheming to sell the Tower Agency out from under him.

When a gang of criminals is hired by a mysterious client to kidnap Kelly and set up Cooper to take the fall, Cooper’s life goes completely off the rails. The cops quickly zero in on Cooper as the prime suspect, and the combination of an attractive suburban mother, workaholic husband, and a million-dollar insurance policy makes the case primetime television fodder.

Soon, Cooper’s face is plastered on every TV screen in the country. Cooper races against time to find his wife before the gang turns her over to their client, whose plan to take down Cooper is far more sinister than anyone could imagine. 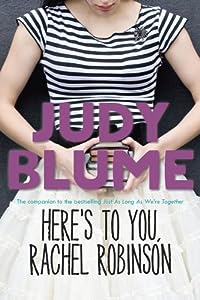 Here’s to You, Rachel Robinson
by Judy Blume

From the New York Times bestselling author of Are You There God? It’s Me, Margaret and the adult bestseller In the Unlikely Event comes a tale of family, friendship, and pre-teen life like only JUDY BLUME can deliver. The companion to Just As Long As We’re Together.

CAN YOU BE too perfect?

From the outside, Rachel looks like the perfect daughter in the perfect family. She’s a straight-A student, a gifted musician, and a good friend. But Rachel feels as if it’s all falling apart. Her brother, Charles, was just kicked out of boarding school and is now at home, wreaking havoc. Her sister, Jessica, has problems of her own, which Rachel thinks it’s her job to help solve. And Rachel herself is considering adding drama club, community service, and class president to her already crowded roster of activities. Rachel’s best friends, Stephanie and Alison, urge Rachel to lighten up and enjoy the end of seventh grade. Easy for them to say. Not so easy for Rachel. Not even when Jeremy Dragon, the coolest boy in ninth grade, notices her. Is it possible that perfection isn’t the key to an exciting life?