NOPE! I do not accept this one bit. I don’t care what ANYONE says. An advertisement for the 2019 Holiday Craft Fair just popped up in my news feed. I am just going to stop this right now with a good ol fashion “Block” I fully celebrate Hallmarks Original Christmas Movies in July, but that is where draw the line. I still have Easter Chocolate to steal from my baby bassets! Who do I report this to? Santa? He will be getting a stern letter from me today. 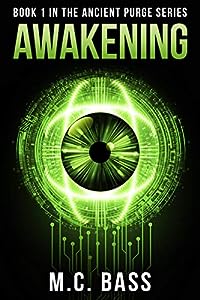 History is wrong! The bubonic plague, smallpox, and many other diseases aren’t what we think they were. It’s something far worse!

His chief scientist watches in horror as her patient transforms into something otherworldly. She fights for her life as the creature goes on a killing spree and escapes the laboratory.

Can the ancient evil be stopped before it destroys humanity? 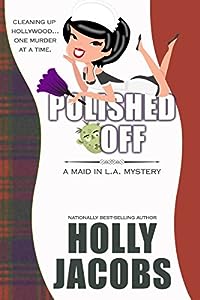 Polished Off (Maid in LA Mysteries Book 5)
by Holly Jacobs

Quincy Mac came to LA as an aspiring actress, but when she inadvertently cleans a murder scene while working as a maid, she finds love, laughter and a bit of mystery!

Quincy Mac’s life has changed in the last ten years. Changed for the better. She’s happily married to Cal and their family is growing. She’s finishing up a television show, Cereal Killers, and working on new ideas with Dick. Life is perfect. Until one morning, when she heads for some coffee in the writers’ room and trips over… a zombie. A dead zombie.

She thought the only murders she had to solve were television murders, but when there’s a dead zombie on your mystery set and your name is Quincy Mac, you get down to work. 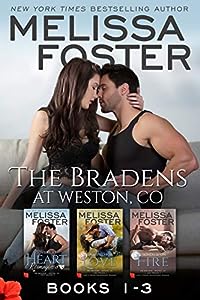 The Bradens at Weston (Books 1-3 Boxed Set): Love in Bloom: The Bradens
by Melissa Foster

Discover the magic of New York Times bestseller Melissa Foster’s writing, and see why millions of readers have fallen in love with the Bradens. This boxed set includes the first three contemporary romance novels in the series, Love in Bloom: The Bradens, featuring the Braden billionaires!

Treat Braden wasn’t looking for love when Max Armstrong walked into his Nassau resort, but he saw right through the efficient and capable facade she wore like a shield to the sweet, sensual woman beneath. One magnificent evening together sparked an intense connection, and for the first time in his life Treat wanted more than a casual affair. But something caused Max to turn away, and now, after weeks of unanswered phone calls and longing for the one woman he cannot have, Treat is going back to his family’s ranch to try to finally move on.

A chance encounter brings Treat and Max together again, and it turns into a night of intense passion and honesty. When Max reveals her secret, painful past, Treat vows to do everything within his power to win Max’s heart forever–including helping her finally face her demons head-on.

Love hot cowboys?
Rex Braden is wealthy, hard working, and fiercely loyal. Sweat at his brow, he works the family ranch by day, then kicks back at night with part time lovers who require nothing more than his physical presence a few times each week. But that was before. Before Jade Johnson, the daughter of the man his father has been feuding with for over forty years, moves back into town.

After ditching a horrific relationship–and her veterinary practice in the process–Jade Johnson returns to the safety of her small hometown and finally finds her footing. That is… until her horse is injured and Rex Braden comes to her rescue. The last thing she needs is a bull-headed, too-handsome-for-his-own-good Braden complicating her life.

Despite the angry family history, sparks fly between Rex and Jade, and attitudes follow. Fifteen years of stifled, forbidden love stirs a surge of passion too strong for either to deny–and the rebel in each of them rears its powerful head. Loyalties are tested, and relationships are strained. Rex and Jade are about to find out if true love really can conquer all.

Small-town overachiever Riley Banks has finally scored her big break–working in Manhattan as a fashion design assistant for her childhood crush, Josh Braden. She enters her new job hoping to make a name for herself and–just maybe–explore the romance that slipped through her fingers way back when.

Josh Braden has models at his beck and call, a staff that never says never, and an elegant clothing line for the holiday season. When he hires Riley Banks, he expects her to learn the business from the ground up. But the girl next door turns out to be much more than he remembered.

Josh and Riley’s friendship heats up. Every steamy kiss and every passionate caress stirs a love they cannot deny. But when Riley designs a wedding gown that would cause even the most jaded fashion editors to swoon, Riley’s mentor accuses her of stealing the designs.

An attack by a dirty bushwhacker causes Will Cannon to have Amnesia. Two young women find him and take him to their farm house but Will has to find out why the outlaws are attacking him. Will struggles to find out his identity and the reason he came to Magdalena, New Mexico. Will enlists the help of some ranchers and cowboys and one old prospector that loves to blow things up with dynamite and works to bring the outlaw gang to justice. 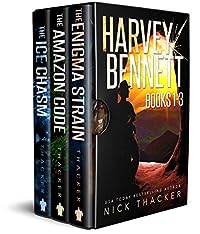 The best action hero you’ve never heard of…
Harvey Bennett is just a park ranger…
He’s the kind of guy who likes to be left alone. But when a bomb goes off at his park, he can’t help but get involved.

Grab the first three books in the series for one low introductory price!

With an over-4.5-star average on Amazon, and 2,000 customer reviews, these books are being compared to Dan Brown, James Rollins, and Douglas Preston and Lincoln Child. Jump in and discover the next great series in armchair travel and adventure.

Books in this box set:
The Enigma Strain
The Amazon Code
The Ice Chasm

When a bomb goes off at Yellowstone National Park, threatening the stability of the world’s largest active volcano, the reclusive park ranger Harvey “Ben” Bennett is startled to realize that the blast itself wasn’t the only threat: the bomb released a virus into the air, and the outbreak is beginning to infect and kill more and more people.

Ben teams up with Juliette Richardson, a driven CDC agent working inside the newly-formed BTR (Biological Threat Research) team, to find the people behind the act of terrorism. When the attacks get personal, Ben and Julie take it upon themselves to seek out and destroy the threat before it’s too late.

A race across the United States, chasing terrorists, dodging bullets, and escaping the threat of a deadly virus outbreak and military apocalypse…
The Amazon Code

When her company discovers a remarkable hidden message in the dreaming brains of her subjects, Dr. Amanda Meron unknowingly invites disaster unto her company. She enlists the help of some old friends to find out what the clues are pointing her toward, but they seem to be pointing her to one of the remote places on the planet:

When Harvey “Ben” Bennett gets a hint that the nefarious organization he’s been searching for has turned up in Brazil, he and his new girlfriend Juliette Richardson race to the jungle to discover what they’re after – and hopefully stop them.
From the myth of the lost city of El Dorado to emerging science technology, The Amazon Code has it all: action-packed adventure, an exotic setting, and characters you’ll fall in love with.

Near the McMurdo Station on the continent of Antarctica, a signal is seen and intercepted by a telecommunications company. They don’t understand what the signal means, but whoever sent it is illegally using the company’s restricted technology and satellites.

Harvey “Ben” Bennett and Juliette Richardson are approached to join an expedition to Antarctica to find the source of the signal, and bring back whatever technology is hidden there.

After trekking through the Amazon Rainforest and narrowly escaping death at Yellowstone National Park, Ben has little interest in yet another dangerous mission, but there is one reason he accepts the job:

Draconis Industries, the company that was behind the mass genocide at Yellowstone and the heinous crimes in the Amazon.
Together, Ben and Julie, joined by new teammates Reggie and Joshua Jefferson, must visit the coldest continent on Earth to uncover what Draconis Industries is trying desperately to keep hidden.