DRAT! I have been so good about avoiding spoilers for Game of Thrones, but one snuck up on me. I will say it now, if you are a fan of Game of Thrones or Avengers there will be no spoilers here. This is a safe space. I know how passionate people are about their shows and their movies, and I certainly do not want to ruin it for anyone. I really shouldn’t complain too much about the GoT spoiler. It’s one of those obvious occurrences that would be crazy on any other show, but not GoT. I could avoid having to go through all the trouble of avoiding spoilers and just watch the show as they come out each week, but I am spoiled with the ability to binge watch. Which doesn’t necessarily work out well for me. I binge watch a show, get nothing done or worse fall behind in my work, feel bad about myself for being so lazy, stay up way too late, and wake up each morning feeling poopy. I should just watch the show. I would like to feel normal in the morning, and not be hiding from the world to avoid spoilers. My adult problems are not quite what I thought they would be when I was a kid. 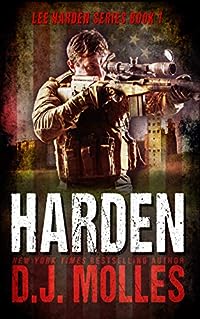 It’s been three years since Lee Harden emerged from his bunker into a world gone mad. Governments have fallen. And new ones have taken their place. In the United Eastern States, Lee and his team of battle-hardened operatives walk a tightrope of survival, keeping their fledgling society safe from the creatures beyond their gates–and from the enemies within.

Then, an ambush in hostile territory reveals a traitor in their midst–and leaves Lee barely clinging to life. Wounded and on the run, Lee and his team race to uncover the leak before it’s too late. Through a background of destruction, betrayal, and newly-evolved apex predators, they must stay one step ahead of a ruthless organization spreading out of the south–an organization that has allied with someone who wants Lee dead, and the United Eastern States demolished. But how do you stay ahead of an enemy that knows every move you make?

Reintroducing one of the most beloved heroes in post-apocalyptic fiction, HARDEN immerses you in a reality of desperate gambits, where wrong moves could cost the lives of thousands, but saving them could cost your humanity. The only rule is NEVER STOP FIGHTING. 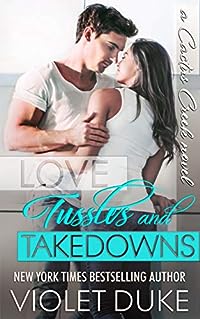 A hot, wounded veteran struggling to heal & the sweet, goofy weapons expert he can’t stop sparring with…
After his combat injuries retire him from the military career he wasn’t ready to give up, battle-scarred Hudson Reyes now spends his new life as a movie industry fight scene and weapons specialist simply doing what he knows best: surviving. Until he meets her. The one woman who makes him want to live again.

An antique arms authenticator with a lifetime of martial arts training, Liana Lin has made a living turning the demons of her past into the passions that fuel, and fill, her life. She’s a scrappy little thing. A sweet, angel-faced wrecking ball to his good intentions capable of making him laugh, and turning him inside out. Hell’s bells, watching her execute that wicked roundhouse kick of hers shouldn’t be a turn-on–especially not when his head is the receiving target–but hot damn, it is. She’s a fiery, unpredictable paradox who wears her heart on her sleeve, despite the wounds he knows she has hidden as deeply as he hides his own.

Even though she’s everything he’s told himself he can’t have, Hudson can’t help but want her. Sure as sin, if one woman could sneak past the barbed wires he’s wrapped around his heart, it’d be Lia.

A Gold Medal IPPI Winner
Engaging and opulent, The Warsaw Conspiracy unfolds as a family saga set against the November Rising (1830-31), partitioned Poland’s daring challenge to the Russian Empire. Brilliantly illustrating the psyche of a people determined to reclaim independence in the face of monumental odds, the story portrays two brothers and their fates in love and war. Michal is a seasoned veteran soldier, cautious of the evolving conspiracy; Jozef, his much younger brother and impassioned cadet, finds himself caught up in the vortex of a daring plot to abduct the Grand Duke of Russia. With Siberia or emigration to France looming as heart-rending contingencies, matriarchs Anna and Zofia stay steadfast in their resolve to steer the clan through ever-muddying waters. 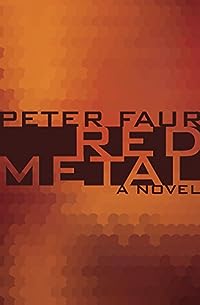 In 2005, hedge-fund manager David Brown of Galileo Capital spots a rare opportunity. China’s voracious appetite for copper is flooding Red Metal Corporation with cash, and Red Metal CEO Jeff Fowler appears hell-bent on leaving most of it in the bank.

Fowler knows the boom-and-bust cycles of the copper-mining business, and he plans to hoard cash to make it through the next downturn. After buying up a big chunk of Red Metal stock, Brown gives Fowler an ultimatum: Make smart investments with the money, or return it to shareholders. If you don’t, Galileo will find someone to acquire Red Metal, and you’ll go down as the CEO who let a 130-year-old company fade into oblivion.

Will Fowler escape Brown, walk into Brown’s traps, or get spooked into making foolish moves that bring his world crashing down around him? 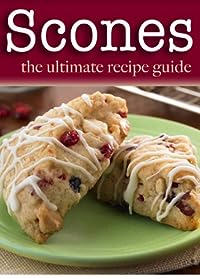 Scones are a tasty little treats eaten for breakfast, brunch, desserts and even appetizers. We have collected over 30 of the most delicious and best selling recipes from around the world. Scone everything! Buttermilk Scones, Mocha Scones, Poppyseed Scones, Chocolate Chip Scones, Strawberry Scones, etc. The list goes on and the possibilities are endless Enjoy!