The other day I had finally cleared out all the junk and boxes out from on top of and around the treadmill in the garage, and dusted it off. It was now ready to be used again. Then yesterday I was moving things around in the garage and put a box on it, just to get to something really quick. This morning the box is still on it. I think my subconscious really hates the treadmill. I will move the box again today, and try maybe even stepping on the treadmill and starting it up. No promises, but we shall see if a box makes its way back on top of it by this evening. 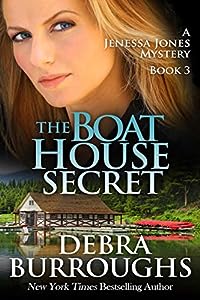 Torn between her old boyfriend and her new love, reporter Jenessa Jones begins to doubt her true feelings. Meanwhile, when she’s pulled into an old case involving sex, lies, and murder, she can’t help but follow the story. But someone doesn’t want her poking around and he’s willing to kill her to stop the story. 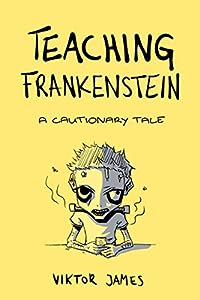 Every student has a story…

But you won’t find it here.

Dark, profane, and absurd, this comedy follows the journey of a young teacher on a misguided adventure to resurrect dead dreams. After being let go from his first school, the nameless narrator finds himself at a tough urban high school ready to quit. He decides that the only way to rekindle his passion for teaching is through his favorite novel. It’s a decision that leads him on an unsuspecting journey where he discovers that teaching a book about monsters means dealing with his own first.

The story exposes the importance of friendship and the truth behind what it means to be a teacher. Based on real events, the novel parallels Mary Shelley’s 1818 classic, Frankenstein, and shows that 200 years later, humanity still struggles to identify the real monsters.

It’s a must-read for aspiring educators, teachers, and those struggling with adulting. 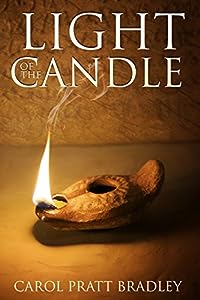 Light of the Candle
by Carol Pratt Bradley

As a young nobleman at the court of Jerusalem, Daniel’s life is one of privilege. His childhood friend, Sarai, is betrothed to him. Sarai’s future also stretches securely before her. She will marry the boy she loves and they will live together in their beloved homeland.

But outside the city gates waits Judah’s conqueror, Nebuchadnezzar, prince of Babylon, who demands a heavy price for peace. He takes treasures from the great temple of Jerusalem and hostages from among the promising young scholars, who will serve him in the court at Babylon.

Daniel’s dreams are filled with strange images of things he has never seen. When Daniel’s father ensures that he is one of the young men selected, the dreams become frighteningly real.

The prophet Jeremiah’s dire warnings have come to pass for Daniel, Sarai and for all of Judah-The voice of mirth and gladness are taken; the voice of the bride and bridegroom, and the sound of the millstones and the light of the candle.

Sarai in Jerusalem and Daniel in Babylon will face the same challenge: to keep hope bright as darkness closes in. 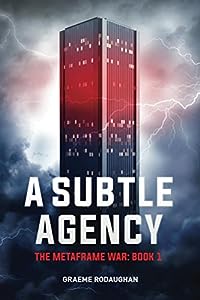 A Subtle Agency: The Metaframe War: Book 1
by Graeme Rodaughan

Super heroes and vampires are fighting a secret war for control of the fabric of reality. Whoever acquires mastery of the reality shifting powers of the Metaframe will become the new gods of the universe.

“Imagine if you could change the rules of the game, what rules would you choose?”

Witness to a brutal murder, eighteen year old Anton Slayne is inducted by the mysterious Mr Wu into the secret society of vampire hunters, the Order of Thoth. He soon discovers that vicious local gangsters, determined Boston Police Detectives, and relentless Shadowstone operatives pale into insignificance as he is drawn into the machinations of the enigmatic supervillain, vampire General Chloe Armitage.

Heir to a legacy of super powers, Anton joins a team of superheroes, but that is no guarantee of survival against the most powerful supervillains in the world, especially when they’re equipped with the latest available technology and super weapons.

“When mastery over your soul is at stake, survival is the least of your problems.” 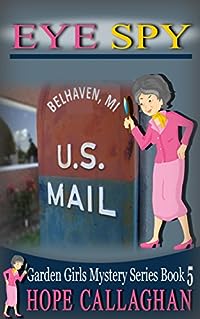 “Garden Girl” Gloria Rutherford is having a bad day. A really bad day. Just when she thinks it couldn’t possibly get any worse, it does.

The sleepy little town of Belhaven has just been invaded by a swarm of federal authorities sent to investigate the local post office and its postmaster, who just so happens to be one of Gloria’s best friends, Ruth.

When Ruth is put on temporary leave pending the outcome of the investigation, she asks Gloria if she can come and stay with her until the crisis is over. Gloria doesn’t have the heart to turn her down.

With Ruth underfoot and the uncertainty of not knowing how long the “official investigation” might take, Gloria has never been more motivated to solve a mystery!

Knowing she’ll need every trick up her sleeve, plus a little help from her friends and from the other Garden Girls, she’ll do whatever it takes to help her friend and save her own sanity!

Can she get Ruth back to work and her cozy life back to normal – or will Gloria have a new, permanent houseguest?