I love a good price drop, and I found THREE!!! 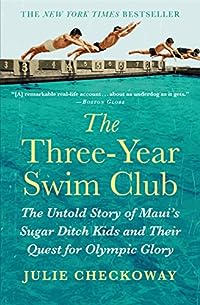 The Three-Year Swim Club: The Untold Story of Maui’s Sugar Ditch Kids and Their Quest for Olympic Glory
by Julie Checkoway

The New York Times bestselling inspirational story of impoverished children who transformed themselves into world-class swimmers.

In 1937, a schoolteacher on the island of Maui challenged a group of poverty-stricken sugar plantation kids to swim upstream against the current of their circumstance. The goal? To become Olympians.

They faced seemingly insurmountable obstacles. The children were Japanese-American and were malnourished and barefoot. They had no pool; they trained in the filthy irrigation ditches that snaked down from the mountains into the sugarcane fields. Their future was in those same fields, working alongside their parents in virtual slavery, known not by their names but by numbered tags that hung around their necks. Their teacher, Soichi Sakamoto, was an ordinary man whose swimming ability didn’t extend much beyond treading water.

In spite of everything, including the virulent anti-Japanese sentiment of the late 1930s, in their first year the children outraced Olympic athletes twice their size; in their second year, they were national and international champs, shattering American and world records and making headlines from L.A. to Nazi Germany. In their third year, they’d be declared the greatest swimmers in the world. But they’d also face their greatest obstacle: the dawning of a world war and the cancellation of the Games. Still, on the battlefield, they’d become the 20th century’s most celebrated heroes, and in 1948, they’d have one last chance for Olympic glory.

They were the Three-Year Swim Club. This is their story. 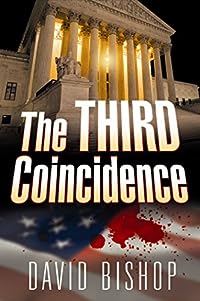 Headlines scream across the nation as a country in near panic pleads for the capture of the killers. With little progress, U.S. President Samuel Schroeder asks Jack McCall, a veteran of the CIA and Defense Intelligence, to head up a special multi-agency task force to find the killers. A frustrated and unhappy FBI designates, as its representative, Rachel Johnstone, an agent with whom Jack has had some personal history. The Third Coincidence unfolds amidst continued assassinations, accusations that the president is attempting to form his own secret police, and confirmation hearings for reluctant nominees to fill the vacant positions while the Supreme Court struggles to sustain a quorum. Will a terrorist group or a mad assassin succeed in destroying these revered intuitions? In the spirit of The Day of the Jackal and The Manchurian Candidate, this story is juxta-posed through the eyes of both the hunter and the hunted as the devious plot to change America hurdles forward. 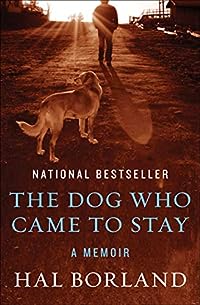 The Dog Who Came to Stay: A Memoir
by Hal Borland

The national bestselling memoir of a friendship between a New England outdoorsman and the scrawny foxhound who came to his door one snowy day.

In the midst of a blizzard, late one Christmas night in the 1950s, author Hal Borland heard a howl at the back door of his home on a hundred-acre farm in the Housatonic Valley of northwest Connecticut. Resistant at first, he called around trying to find an owner whose dog had gone missing — with no luck. Finally, with the encouragement of his wife and haunted by memories of his childhood collie, Borland brought some scraps of leftover steak outside. This was his introduction to Pat, a miserable, half-starved, but deeply trusting black-and-white foxhound mutt.

Pat would soon become a member of the family, accompanying Borland on hunts and terrorizing the local woodchuck population — and teaching him that sometimes our most immediate connection to the natural world is through the animals we live with. A longtime journalist and a winner of the John Burroughs Medal for distinguished nature writing, Borland tells the tale of the time he shared with Pat in this touching true story that “will appeal to many sportsmen and to all people who have ever been closely attached to a dog” (The New York Times Book Review).