Cat Naps With A View

I think camping took just about every bit of energy the pups had, because they are worn out. One thing I had noticed camping, was just how many people had cats  with them. Most of them were just hanging out in the trailers, but a few were allowed outside to roam free. They didn’t actually roam, mostly they just picked a safe spot and went to sleep. Not much exploring going on with these camping cats. Sinny doesn’t need much space. Just a spot to call his own in the camper so he can snooze. In his old age I think he would like something new yet still easy. He could see more of the world, but still not have to move around much. That sounds like a perfect trip for me. Drive me around, feed me, and let me nap. I would probably get bored, but right now after all the work it takes getting ready to go camping and then the actual camping, I end up pretty tired. Anything that includes a nap sounds perfect. I better rest up, because we are back at it in a couple of weeks. 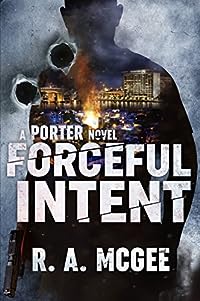 To find a missing girl, he has no problem adding to his body count…

Porter makes a killing tracking down missing persons. The former federal agent has the bank statements and body count to prove it. But when a good friend asks him to take on a charity case gone cold, he reluctantly agrees. After all, no family should have to bury their little girl’s empty coffin…

As he retraces the girl’s last-known steps, Porter squares off against a disgruntled bus driver, Tampa gang leaders, and human traffickers who peddle their wares on the darkest corners of the web. Through dirty hands and bloody knuckles, Porter learns that the girl may still be alive. And he won’t stop until he’s given her captors exactly what they have coming…

Forceful Intent is the brutal first book in a series of suspenseful crime thrillers. If you like flawed heroes, pulse-pounding action, and the Jack Reacher series, then you’ll love R.A. McGee’s gritty tale. 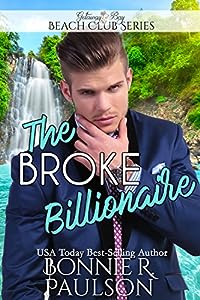 From living in a tent to owning her own business, an uptight business owner hires a broke billionaire who’s never worked in customer service. His inexperience could cost her everything including her livelihood but firing him could lose her more than her heart.

Tiffany Louise comes from humble beginnings and has clawed her way to owning a modest business on wheels. Ready to take on an employee, Tiffany can’t find anyone willing to work for her.

Desperate to increase the hours of operation for her shave ice truck and also… not to feel so alone, Tiffany staples ads all over the place, which doesn’t win her any love in the community. She’s only gotten as far as she has through sheer force of will and monumental control – and the townsfolk know it.

Just when she thinks nothing can go her way, her luck changes when she convinces the charismatic Kaelin Steed to take the job, the confident and charming beach comber she sees every day.

Kaelin Steed has lost everything in a family legal battle for billions and he’s returned to his grandmother’s hometown in the small town of Getaway Bay. Unwilling to use his autonomy to get ahead, Kaelin takes the last job anyone in town will consider – working for the shrewish shave ice truck owner with green eyes and unruly red hair.

Kaelin just wants a steady check but his inexperience and cocky attitude, not to mention inability to be subservient, could cost them both their goals and their dreams.

Chaos won’t be tolerated, but around Kaelin, Tiffany feels more out of control than the storms over the ocean.

Falling in love isn’t an option when eating their next meal is on the line.

Escape to Getaway Bay and join the Clean Billionaire Beach Club for some seriously sweet romance.

Each book can be read as a standalone, with a happily-ever-after ending, and clean, sweet-without-losing-the-heat romance! 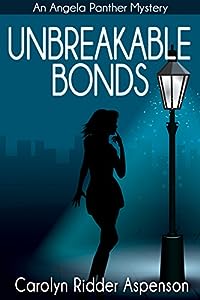 Reluctant psychic medium Angela Panther didn’t want her gift, and to teach her a lesson, the Universe cut her off.

The dead still find ways to communicate; only Angela isn’t sure what the messages mean, or whom they’re from.

Now her best friend suspects her husband of cheating and comes to Angela for help. The two concoct the perfect plan, but to make it work, they’ll need help from Angela’s mother.

There’s only one problem. Her mother is dead.

As the duo works to catch the cheater, Angela struggles to decipher messages she assumes are from her mother — messages that intensify in their urgency.

Only the messages aren’t from Fran.

When she figures out the ghost’s identity, Angela realizes if she tells the truth, she’ll out herself and hurt her own family.

But if she doesn’t, she’ll lose her connection to her mother forever.

Now Angela must choose between the happiness of the spirit’s family and her fears of damaging her own. 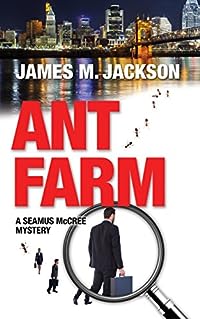 In this first novel in the Seamus McCree series, thirty-eight retirees meet a gruesome end at a picnic meant to celebrate their achievements, and financial crimes consultant Seamus McCree must uncover the evil behind the botulism murders.

But the deadly picnic outside Chillicothe, Ohio, isn’t the only treacherous investigation facing Seamus; he also worms his way into a Cincinnati murder investigation when the victim turns out to be a church friend’s fiancé.

While police speculate this killing may have been the mistake of a dyslexic hit man, Seamus uncovers disturbing information of financial chicanery, and by doing so, puts his son in danger and places a target on his own back. Can Seamus bring the truth to light, or will those who have already killed to keep their secrets succeed in silencing a threat once more? 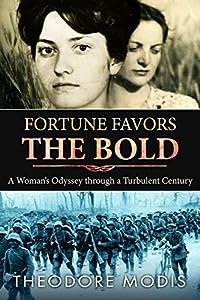 Fortune Favors the Bold: A Woman’s Odyssey Through A Turbulent Century (Historical Biography)
by Theodore Modis

It is early 20th century Greece. Theodosia, a teenage girl and her younger sister, lose their parents in Constantinople and are thrown into a massive population exchange between Greece and Turkey.

They arrive at a refugee camp in Northern Greece, where their choice is to perish or to use the resources at hand in order to survive.

Despite all the difficulties they encounter, the sisters decide not to give up, and fight for a better life.

Theodosia’s story carries on throughout a century of war and peace, invasions and political disputes and is peppered with horrific events, likeable characters and a great love story.