I thought it was the wind that knocked a huge branch off my favorite rose tree. I wasn’t all that surprised since it was top heavy from all the rain, and it had a lot of beautiful blooms on it. Yesterday we had a break in the rain, so I decided to see how I could trim it to make it look half way decent while it recovers and grows back into a normal shape. One small little poke and another huge section broke off! My twelve year old rose bush was dying right before my eyes. It was turning to dust like all those super heroes in that Avenger movie. One last poke on the final branch was all it took to finish it off.  In just a few minutes it went from one of the most magnificent roses in my garden to an old stick in the ground. In all my years of gardening I have never had a rose die like that. It was so strange. On the plus side, a new vacancy just opened up and I think it’s time to go shopping!!!! 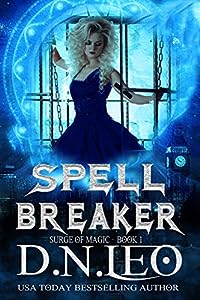 Love brings them together. Magic tears them apart.

She ran away from home, leaving behind dark magic, her family and a spell cast on her lover.

When Lorcan finds her, she accepts his return without being able to tell him about the sorcery that shadows their relationship. They love each other and there is no reason to live apart.

She’s a high-end antique thief. He’s an in-demand hacker. They share a happy life and great companionship. She accepts that life. But Lorcan wants more. He wants a marriage.

Once his proposal triggers the ancient spell, dark magic will find them. They can’t live without each other. But to be together, one of them will die . Their love story might sound like Romeo and Juliet’s, but they are not accepting any fate, and certainly not the tragic ending.

Surge of Magic is a romantic urban fantasy volume in the Elements Series. Although there are a lot of action, twists and turns, a happy ending is guaranteed . If you love suspenseful supernatural thriller with romance, dark magic, supernatural characters from multiverse, grab the series and enjoy the journey. 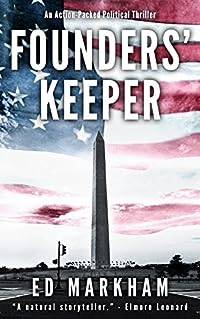 Four are dead in five days, including a young U.S. senator. The methods of execution are varied and horrific, and the messages left behind point to a serial killer obsessed with the United States Constitution and the nation’s Founding Fathers.

The FBI assigns its best man to the investigation. But while Special Agent David Yerxa chases those responsible for the murders, his own demons are chasing him.

With the help of his father – semi-retired FBI legend Martin Yerxa – David must wrestle with ghosts, both past and present, in order to untangle the murderer’s motives, solve a mystery, and prevent a national catastrophe.

Stretching from the Deep South to New England and featuring a dose of true American history, Founders’ Keeper is a tense psychological thriller that pulses from start to finish. 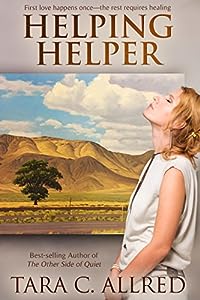 En route to Salt Lake City, intending to start over, their car breaks down near the struggling mining town of Helper, Utah — and then Tony leaves Kora behind.

Alone, broken and angry, especially that her family was right in their judgment against Tony, Kora decides to stay in Helper and aid in it’s art-centered transformation.

But in working to save her new home, Kora learns first love only happens once.

For a second chance at love, a much greater risk is required. 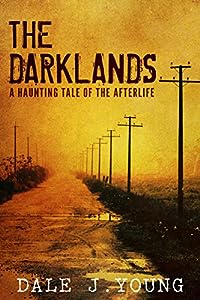 The Darklands: A Haunting Tale of the Afterlife
by Dale Young

Meet Barlow McSwain, an average man from Ruin Creek, NC whose midlife crisis is about to lead him to a dark and horrifying place.

Barlow’s strange journey begins when he narrowly avoids a head-on collision with a truck while riding his brand-new motorcycle. As he sits on the side of the road trying to calm his nerves, a man driving a red El Camino pulls up and invites him to have a drink at a saloon that he owns just up the road. At first Barlow doesn’t think much about the man in the meticulously-restored classic car, but when he gets back on the road and continues his journey into the mountains he starts to get the sinking feeling that something is just not right.

On his way to the saloon he stops at a gas station that appears to be from a bygone era. There he meets Velton, the gas station attendant who rides a 1947 Knucklehead Harley. But there is something strange about Velton that Barlow can’t quite put his finger on. And later, when he arrives at the saloon and meets Lucy, the bartender and driver of the El Camino, Barlow begins to realize that despite what he might have thought, the near-miss he had with the truck might not have been such a near-miss after all.
***
Infused with healthy dose of dark humor and satire, and set against a vivid backdrop of the author’s version of Hell, The Darklands is a haunting tale of the afterlife played out in a bizarre landscape populated by the souls of the damned. Follow along the winding backroads with Barlow and Candy, a racy hitchhiker he meets along the way, as they ride through the eternal night while searching for the reason they were dealt such a horrific twist of fate.

Will they find a way out, or will they suffer the same fate as the rest of the condemned souls and be forced to ride the ghost-infested roads of The Darklands forever? 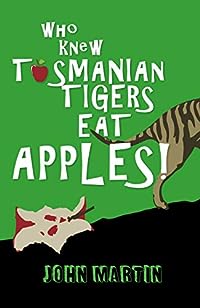 No one believed the town drunk when he claimed to have been woken up by an extinct animal in a bus shelter in the middle of the night… But they are listening to him now in this funny novel!
His new celebrity is a problem, though, for The Mayor who argues no one can tell him what to do with his orchard, even if some wacko claims they’ve seen Tasmanian Tigers grazing there.
Who Knew The Tasmanian Tiger Eats Apples! is the first book in the Windy Mountain Tasmanian Tiger series but it has a story all of its own.
The book is set in the early 1990s and takes a satirical dig at a small town and some small-minded officials.
The plot takes some quirky detours and you’ll meet some quirky folk.
If you enjoy a dash of mystery with your laughs, you might just love this book.