I am so sad. So very very sad. Don’t feel bad for me though. I deserve this heartache. I just watched the trailer for A Dog’s Purpose 2, for the hundredth time. HUNDREDTH! I know it’s just a movie trailer, and I shouldn’t get upset. It makes me so sad for my pups that have past, so why do I watch it again and again? Partly to see Dennis Quaid. Yup, kind of a hottie. That guy is just so handsome. That smile. Hmmmmm….. Yup. Not feeling quite as bad anymore. Now I just though of the dog in the movie, and I am sad again. Dennis Quaid’s smile is pretty powerful, but knowing the dog dies in the movie multiple times is just too much for me, and I won’t watch the first or the second movie. I know I would ugly cry. Why would I do that to myself? Dunno, but while I am crying over a story about a dog I haven’t seen, my pup Casper is right behind me peeing on the floor for the millionth time. What the heck CASPER! The kid is a Ninja house pee’er. He is even peeing in rooms he has never been in. I bet he peed on the neighbor kitchen floor, even though he has never been there. This guy can’t be stopped. So many puddles! Not cool. You guys better check your floors. He might have left you a teenie tiny lake. 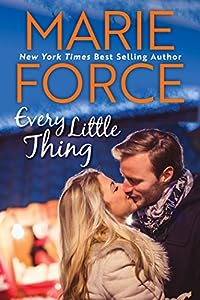 He came home to get his bearings and found his forever.

Grayson Coleman has just moved home to Butler, Vermont after spending years working for a high-powered law firm in Boston. He’s looking for a simpler, less stressful existence in the sleepy little mountain town where he grew up with his siblings and Abbott cousins. Once the holidays are over, he plans to hang out a shingle and open a new general law practice. After helping to raise his seven younger siblings, the last thing on Grayson’s mind is a family of his own.

Emma Mulvaney is enjoying a break from her reality as a busy single mother in New York City while she and her adorable daughter, Simone, spend the holidays in Vermont with Emma’s sister, Lucy, and Lucy’s future in-laws, the Abbotts. After meeting Abbott cousin Grayson Coleman and talking to him for hours, Emma is nervous and excited to have dinner alone with him after sharing her deepest, most personal secrets with him.

Will that first night be the start of something new for the jaded lawyer and the selfless single mom or will a holiday week flirtation turn into something much bigger than either of them ever expected? 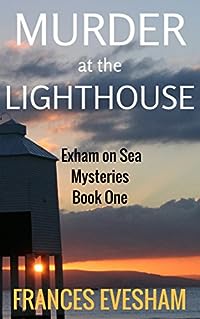 Ever found a body on the beach?

Everyone in town knew the dead woman.

They don’t believe she was murdered.

They don’t want a newcomer rocking the boat.

One woman talks about the past. Next day, she’s dead…
Libby Forest arrives in town, determined to change her life for the better, but it’s not so easy.

People love her cakes, but they don’t trust her.

Especially when she starts digging into the past, aided and abetted by a huge sheepdog, an aloof marmalade cat and handsome, enigmatic Max. 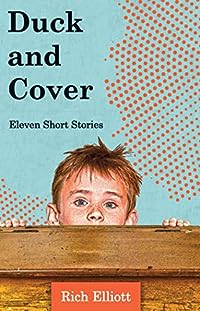 “A sometimes-luminous, sometimes-mordant collection that undercuts its nostalgia with complex ironies.” — Kirkus Reviews

Duck and Cover is a collection of short stories about growing up in the Sixties. The kids of Milford live in the greatest age ever. They have hula hoops and Stingray bikes, Willie Mays and Betty Crocker, Atlas rockets and new-model Fords, Disneyland, the Beatles, and free love. Life is fabulous! But if you look closer, you see they are shadowed by dangers — the dark undercurrents of a changing world. Commies and nukes, suspicious neighbors and predatory adults, the Mob and the Draft. How will the kids of Milford navigate the ecstasies and furies of their era while coping with the universal mysteries of growing up? 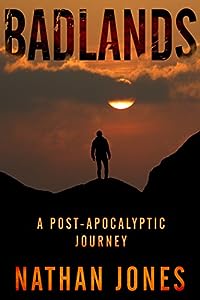 Although Tom Miller calls the Manti-La Sal mountains of Central Utah his home, he’s roamed all over the Southwestern United States in the ten years since global nuclear war destroyed civilization. When a convoy of settlers from Utah Valley fleeing the horror of a fallout zone larger than they’d realized offer him a job guiding them to a new life in Texas, he’s dubious of their chances of even making it through the badlands. But he needs a new horse and the pay is right, so he agrees.

Kristy Graham hasn’t left her little farming community in Utah Valley since before the nukes flew. But now, mourning the death of her husband to radiation sickness, she must get herself and her young son Skyler to Texas and the new life they plan to start there. It’s going to be a brutal journey pushing a handcart for hundreds of miles through some of the hottest, driest, most inhospitable terrain in the US. Thankfully she’s not alone, sharing the burden of handling the large cart with her friends the Hendricksons, who’ve been a second family to her and her son since their tragic loss.

It’s a long ways to Texas, where word of prosperity thanks to trade with groups in Mexico and nations even farther south has drawn a stream of settlers from all the nearby states. But rumors abound that the prosperity has also drawn bandits and other unsavory sorts to the area, preying on the convoys traveling to and from the new trade outpost.

The journey to Texas will be difficult and dangerous enough even without the threat of attack, and it’s on Tom’s shoulders to lead them safely to their new lives. Then he can get back to his own peaceful, solitary life up in the mountains. Or at least that was the plan before he met Kristy. 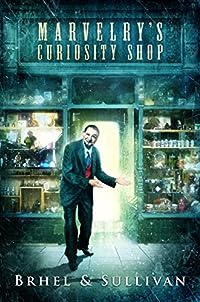 A thrilling paranormal fantasy novel revolving around a mysterious shop owner and his shop full of hexed antiques.

Retired stage magician Dr. Marvelry prefers to stock his antique store with strange and occult items. He has always enjoyed meeting odd people and hearing their stories, the legends attached to mysterious objects. A phonograph that seemingly replays a tragedy. Fertility dolls that are more than decoration. A bedeviled mannequin. These are just some of the relics this eccentric shopkeeper has collected over the years.

No two customers will have the same experience in his curiosity shop — some walk away satisfied, others are never heard from again. But one thing is certain – when you purchase an item at this store, you often get more than what you paid for.

Follow Marvelry and his hexed objects through twelve tales of suspense, magic, terror, and transformation. Meet his new assistant, fellow illusionists, and some irregular characters along the way. Whatever macabre artifact of the human psyche you’re seeking – you’ll find something special in Marvelry’s Curiosity Shop.