Bad habits are such a pain in the tushy. Why is it that the bad habits are always the easiest to maintain, while good ones seem nearly impossible to keep up? My oldest basset played with his hair so much he has a little bald spot. While I am over here hunting chocolate cake like it is my personal mission to eradicate cake from the planet one piece at a time. I was thinking of making it a competition between the two of us to see who can go without our bad habit the longest, but then I reconsidered it. I really love cake and I hate losing. I never want to put that kind of negative feeling on chocolate cake. Maybe I am thinking about this the wrong way. Chocolate cake has eggs in it, and eggs are a fantastic source of protein. I can see this is going to be a lot harder habit to break than I had realized. Time to make that bet with my baby. 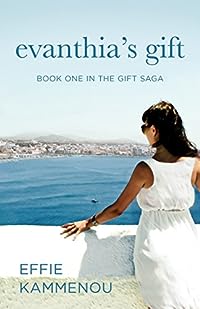 Sophia Giannakos will settle for nothing less than the rare love her parents share. At a tender and impressionable age, she has found her soul mate in Dean, the boy she has known her whole life — until secrets and deceptions pull them apart. No stranger to heartache, Anastacia, Sophia’s mother, attempts to comfort her, without revealing ugly family truths that could haunt her daughter’s future.
In the year 1956, Anastacia, a former NYU student, finds herself in the challenging role of a single parent. Left with emotional wounds from a bad marriage, she is reluctant to trust and resists her growing feelings for Alexandros, an old acquaintance. But his persistence and unconditional love for Ana and her child is eventually rewarded and his love is returned. In a misguided, but well-intentioned effort to protect the ones they love, both Ana and Alex keep secrets — ones that could threaten the delicate balance of their family.
The story continues in the 1970’s, as their daughter attempts to negotiate between two cultures. Greek-American teenagers, Sophia and Dean, have shared a special connection since childhood. Although their desire for one another is undeniable, Dean resists her, rebelling against the pressure his father places on him to uphold his Greek heritage. When he can no longer fight his feelings, Dean asks Sophia to conceal their love. She hesitantly complies, until it becomes too much for her. Like her mother, Sophia loves with every fiber of her soul, leaving her shattered when Dean pulls away from his family, culture and ultimately his love for her, leaving her no choice but to find a life different than the one she’d hoped for.
Evanthia’s Gift is a multigenerational love story spanning fifty years and across two continents, chronicling the lives that unify two families. 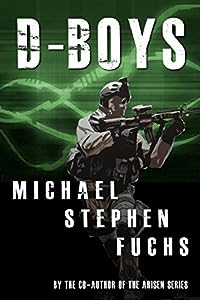 The year is now. Islamist terrorists hack into America’s most sensitive defense networks, launch chemical weapons attacks on Western cities, and stage a raid on the vulnerable nuclear weapons storage facilities in Pakistan. They are using a massively-multiplayer online video game (or “virtual world”) as a platform for planning and rehearsing their attacks – forcing a squad of supremely elite Delta Force operators (reinforced by an info-security expert from the Department of Homeland Security) to go insidethe game to fight them.

But the fight only begins there.
Get ready for breath-stealing action in every known battlespace – clockwork urban safehouse takedowns, combat helicopter assaults, brutal ambushes in the trackless mountains, waterborne SEAL team ops, precision close-quarters battle sequences, and CheyTac Intervention sniper rifle systems that can kill you from a mile and a half away.

These weapons, tactics, tech, and 21st-century warriors will be unlike anything you’ve ever read. 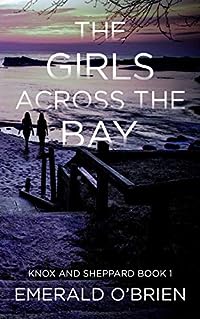 A bond stronger than blood. A connection that could end it all.
Madigan Knox and Grace Sheppard became sisters the day they entered their foster home. After living through a childhood nightmare, one brave act set them free, but split them apart into different homes.
As adults, they are reunited in the small coastal town they dreamed of living in as children, but the reality of life in Tall Pines is far from what they had imagined.
When a woman is found dead? in her home?, Madigan reports on the crime while Grace investigates. A dark connection to the victim is discovered, pulling them both closer to the crime and the traumatic past they are desperate to move on from.
With old wounds ripped open and dark secrets threatening their bond, the sisters must rely on each other more than ever before to survive. 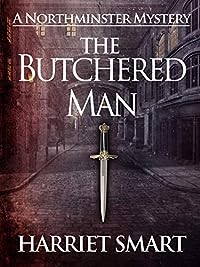 The Butchered Man (The Northminster Mysteries Book 1)
by Harriet Smart

Northminster, 1840: a once-picturesque cathedral city, where dirty smoke stacks now rival ancient spires. When workmen make the shocking discovery of a mutilated corpse in a ditch outside the ancient walls, Giles Vernon and Felix Carswell are charged with solving the case.
Intelligent and practical, Chief Constable Major Vernon has transformed the old city watch into a modern police force, and he throws himself into the investigation with the same energy. But as he probes a murky world of professional gamblers and jilted lovers, he is drawn into a dangerous emotional game that threatens to undermine his authority.
Newly-qualified police surgeon Felix Carswell is determined to make his way in the world on his own terms despite being the bastard son of prominent local grandee Lord Rothborough. Called to treat a girl in an asylum for reformed prostitutes, what he uncovers there brings him into conflict with his new employer, Vernon, and throws the case into disarray.
Together they must overcome their differences and find the brutal truth behind the mystery of The Butchered Man. 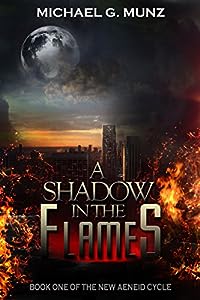 A Shadow in the Flames (The New Aeneid Cycle Book 1)
by Michael G. Munz

On a hunt for the cybernetic arsonist who torched his home, what Michael Flynn doesn’t know could destroy him…

Northgate is in turmoil. Decaying, violent, and corrupt, it is a common enough city in 2051, yet soon, a discovery will echo from beneath the Moon’s surface to set Northgate aflame.

New arrival Michael Flynn is jobless and down to his last few dollars, but he still dreams of making a positive difference of his own. He has no family, no friends — save for the idolized freelancer known only as Diomedes — and tonight the apartment they share will burn to the ground.

When Diomedes becomes his mentor in a search for the arsonist responsible, Michael will get the chance to realize his dreams. Joining them is Felix, a wise-cracking “information bounty hunter” who claims that neither the arsonist nor Diomedes are quite what they appear.

Will Michael pass through the flames unscathed, or will urban violence incinerate all that he is? Those who search the Moon will be watching…