If you are looking for an intergalactic adventure then look no further than the authors Christina McMullen and Missy Sheldrake. The authors are wonderful at creating strong female characters who can stand on their own two feet and Ellie is no different. She navigates and deals with all the stress and trials with her new life. You won’t be able to put down the series. Enjoy! 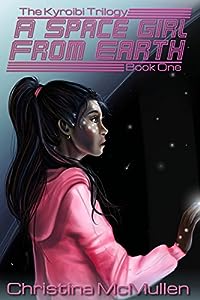 Ellie Whitmore is no ordinary girl. Even if her parents weren’t internationally famous celebrities, her six foot four inch height and oddly spotted complexion would make her stand out in any crowd. But never would she have guessed she was an alien from far across the galaxy. Or that hidden within her genetic makeup lies the Kyroibi: an ancient and powerful relic housing the forbidden knowledge of her people.

Worse, it isn’t just the malevolent Emperor who wants the Kyroibi. Her own mother can’t resist the draw of ultimate power and the one person Ellie might be able to trust is an unrepentant assassin who may be responsible for her life’s upheaval. Now, she must travel to a distant planet and unlock the secrets to restoring peace and ending tyranny. But how can anyone expect her to save the galaxy when she can’t even pass organic chemistry? 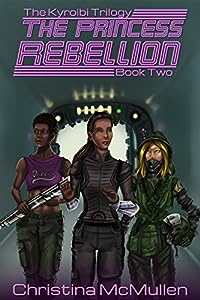 Although Ellie always wanted to save the world, she never wanted to rule it. But as the true master of the Kyroibi and heir to the Korghetian throne, she’s now expected to do both. Worse, she’s also expected to play nice with the other leaders of the Ghowrn Alliance, including the overbearing Prince Gevandar, who sees her as nothing more than a weapon to unleash upon the Huptsovian Empire.

When imperial ships are discovered lurking in Ghowrn space, war becomes inevitable. Ellie finds herself pressured to use the automaton army under her command to end the battle once and for all. With only a handful of allies, she instead embarks on a mission to free the Alliance planets under Huptsovian rule, determined to avoid a full scale robot invasion.

Besides, the more she learns about her mysterious battalion, the more she wonders if peace was ever truly their purpose. And if so, at what cost? 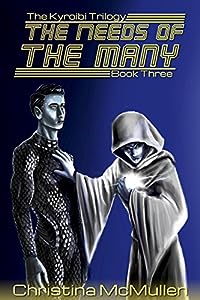 The Needs of the Many (The Kyroibi Trilogy Book 3)
by Christina McMullen, Missy Sheldrake

With the battalion awakened, the galaxy’s future hangs in the balance. Hoping to build upon the scant information she’s gathered so far, Ellie travels to T’al Eidyn, seeking the advice of temple scholars. But the ancient academy holds no answers and worse, evidence of tampering in the archive leads to more questions and distrust.

Frustrated with dead ends, her only hope lies in finding the missing records, rumored to contain the forbidden truth of the Kyroibi’s creation and purpose. But to do so, she’ll have to travel to Helsyn, a planet still controlled by the Empire, risking the progress her people have made towards a system-wide truce.

Ellie is willing to take that risk, but is she prepared for what she may find? Was the creation of the Kyroibi ultimately worth the price of peace? And if not, does she have the courage to make the sacrifice needed to save the galaxy?