Smile, And Make Them Wonder

Hubby doesn’t know it, but he is currently in the safe zone.  This of course does not make me too happy. Because I have my own unfinished projects in the garage, which are the half painted bee boxes, I cannot nag him about his unfinished projects. I just don’t feel like working on the boxes right now, and if I say anything to him, he could use that against me. Normally he can’t see the things I’m working on, but the bee boxes and paint all over the garage are hard to miss. I just now smiled at him. It’s making him nervous. I bet he is wondering what projects I want to bring up for today. I’m not going to say a word. I know he wont. 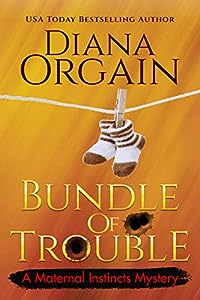 A body has been dredged from the San Francisco Bay. Kate Connolly, pregnant and ready to pop, has reason to fear it may be her long lost brother-in-law. When a private investigator begins nosing around, Kate decides on a new career path. Battling sleep deprivation, diaper blowouts and breastfeeding mishaps she muddles through her own investigation, Mommy style:

Family life has never been so exciting, but after Kate launches her own female detective agency, she may just get more than she bargained for. 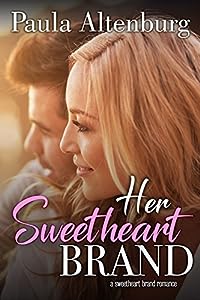 Whoever claimed it’s better to have loved and lost has never met Jess Palmer.

Small business owner and metalworks artist Damon Brand finally has his future in sight when his past rattles into town in a broken down car stuffed with designer clothes and sky high heels. The last time he saw Jess, he declared his undying love. In return, she stranded him by the side of the road, taking his boots, pants and the tattered remnants of his heart.

So much for the bright lights of LA. Failed actress Jessica Palmer arrives back in Sweetheart, Montana homeless, destitute, and desperate. She’s hoping her grandfather will let her have her inheritance early so she can make a fresh start — anywhere but Sweetheart. No deal. She has to stay for six months and get a job to prove she’s matured. Not easy in a town where she flamed all her bridges in order to flee a wild child reputation and her high school sweetheart.

With every door that’s slammed shut in her face, Jess grows more determined than ever to prove she’s changed, even if it means she must turn to her first love, Damon, for a job at his gas station. Surely 10 years is enough time for him to forgive and forget… 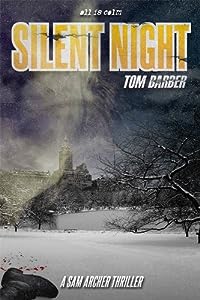 On a cold December morning in New York City, a man is found dead in Central Park. There are no knife or gunshot wounds to his body and no signs of violence. But beside the body is a box containing a cracked vial. Suspecting he died from some sort of biological attack, a lab team screen the body.

What they find is deeply unsettling and terrifying.

Seven months after he left the ARU, Sam Archer is now a 3rd Grade Detective in the NYPD’s Counter Terrorism Bureau. However, not everything has gone as expected. Most of his new squad have welcomed him. Others haven’t. But when he and the rest of his team are called in urgently and told of the situation all personal differences need to be put aside. It’s been confirmed the man in Central Park was killed by an unknown strain of a toxic pneumonic virus. Once inhaled, there is no chance of survival. The victim dies quickly, violently and in agonising pain. There is no antidote. No one knows where it has come from, who planted it in the Park and why. No ransom demands or threats have been received. Archer and his team are ordered to find out who was responsible, and to locate and secure any other strains of the virus that may exist.

However, they are already almost out of time.

Someone is intending to release more of the virus into the city within the next ninety minutes.

As they desperately search for answers, Archer and the rest of his team quickly discover that the cracked vial in the Park was just the start. They are also not alone in wanting to get their hands on the virus. There are others, people with far more sinister motives who are desperate to acquire the virus and who will kill anyone who gets in their way.

As people around him start going down, Archer must battle to stay one step ahead in the race to find the toxic weapon before it is used again. When he and his team finally realise the full horrifying extent of what they’re dealing with and the potentially devastating effects of its release, Archer must do everything he possibly can to stay alive and secure the lethal virus before many more people die.

However, he is already too late. 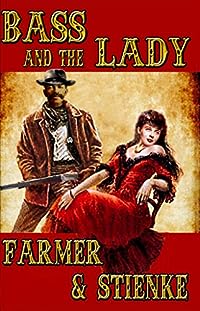 BASS and the LADY (The Nations Book 5)
by Buck Stienke, Ken Farmer

There was only one female marshal in the Indian Nations under Judge Issac Parker… Deputy US Marshal F.M. Miller. She teams up with Bass Reeves in Bass and the Lady and goes undercover to stop a new gang of murdering rustlers. Bass has an arrest warrant for his own son… for murder.
Fiona Miller is also after the killer of her husband… but she’s not a vigilante, she has to bring him in legally. It’s why she became a Federal Officer.
“It doesn’t matter whether I stand or squat to pee… I’m wearing a Deputy United States Marshal’s badge… and that trumps just about everything else I know… ”

Can she go toe to toe with the invincible legendary Bass Reeves? Can Bass keep up with the indomitable Fiona May Miller? Do the outlaws stand a chance against the two of them? 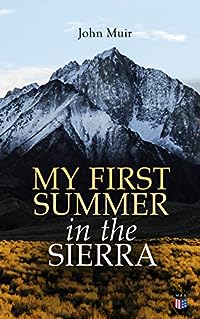 My First Summer in the Sierra describes two years period of Muir’s life during which he lived in a cabin in Californian mountains. When he came to California and finally settled in San Francisco, John Muir immediately left for a visit to Yosemite, a place he had only read about. Seeing it for the first time, Muir noted that “He was overwhelmed by the landscape, scrambling down steep cliff faces to get a closer look at the waterfalls, whooping and howling at the vistas, jumping tirelessly from flower to flower.” He climbed a number of mountains, including Cathedral Peak and Mount Dana, and hiked the old Indian trail down Bloody Canyon to Mono Lake.