APRIL FOOLS!!! I don’t play tricks on people. I am the Scrooge of April Fools Day. I don’t think anyone minds me being the Scrooge of April Fools either. No one is trying to show me the joy in playing tricks on anyone, and last night I wasn’t visited by three ghosts to show me the true meaning of April Fools Day. Although I did hear a racoon in my backyard at two in the morning. He might have been trying to tell me something. He also might have just been passing through on his way to the neighbor’s house to eat the cat food they leave outside. My bets are on the cat food. It’s wet food, so it’s hard to resist. Other than that, it was pretty quiet last night, so I guess spiritually speaking I am okay not to be all that into April Fools Day. Just in case though, I will hide in my house until Tuesday. 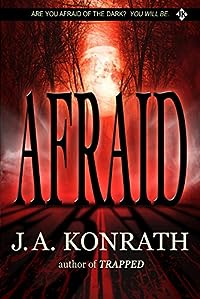 Afraid – A Novel of Terror (The Konrath Horror Collective)
by J.A. Konrath

WELCOME TO SAFE HAVEN, POPULATION 907…
Nestled in the woods of Wisconsin, Safe Haven is miles from everything. With one road in and out, this is a town so peaceful it has never needed a full-time police force. Until now…
A helicopter has crashed on the outskirts of town and something terrible has been unleashed. A classified secret weapon programmed to kill anything that stands in its way. Now it’s headed for the nearest lights to do what it does best. Isolate. Terrorize. Annihilate.

Soon all phone lines are dead and the road is blocked. Safe Haven’s only chance for survival rests on the shoulders of an aging county sheriff. And as the body count rises, the sheriff realizes something even more terrifying – maybe death hasn’t come to his little town by accident…
WELCOME TO SAFE HAVEN, POPULATION 907… 906… 905…
AFRAID by JA Konrath
Are you afraid of the dark? You will be. 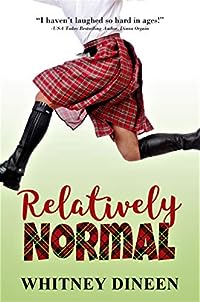 He plans trips six months in advance and arrives at the airport a minimum of three hours early. He purchases life insurance, luggage insurance, and always opts for the extended warranty. He’s responsible, reliable, and would make any woman a wonderful life partner.

In other words, he’s the exact opposite of the Masterton clan.

Cat’s mother has a kitchen gadget fetish, a father whose best friends are taxidermied field mice, and a super stoner man-child brother who lives–where else?–in the basement. Then there’s Nan, her proud Scottish grandmother with a proclivity for profanity and mischief.

What on earth will Catriona’s Normal fiancé think when he comes home with her to meet her parents? What will he think when he discovers his soon-to-be in-laws invited Cat’s ex to join them for a holiday dinner?

Find out in a laugh-out-loud journey of self-discovery, familial pandemonium, and love. A must read for fans of a true romantic comedy! 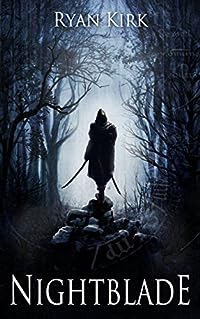 His choices will save the land… or destroy it.

Ryuu is a boy orphaned by violence at a young age. Found by a wandering warrior, he learns he may have more strength than he ever imagined possible.

A quiet child, Moriko is forced into a monastic system she despises. Torn from her family and the forest she grew up in, she must fight to learn the skills she’ll need to survive her tutelage under the realm’s most dangerous assassin.

Young, beautiful, and broke, Takako is sold to pay for her father’s debts. Thrust into a world she doesn’t understand and battles she didn’t ask for, she must decide where her loyalties lie.

When their lives crash together in a Kingdom on the brink of war, the decisions they make will change both their lives and their Kingdom forever.

If they can stay alive. 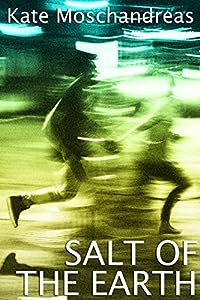 Salt of the Earth
by Kate Moschandreas

“Your heart will race!”

It’s 2038, and Berkeley, CA is drought-ravaged, dusty and smog-filled. Jess Prentiss, a chemistry student, starts her day with a jog through the hills – only to realize that she is being chased. Over the course of three days, she barely stops running. Fleeing from one narrow escape to another, Jess learns that it’s her own scientific discoveries that are at the crux of a massive power struggle involving water, salt, cut-throat capitalistic contracts, worldwide famine, the Governor of California and a radicalized populist environmental group. With time ticking, Jess must discover which players are the good guys — and whether 29-year old Matteo Wu, the man who appears out of nowhere to help her, is someone she can trust with her life and heart. 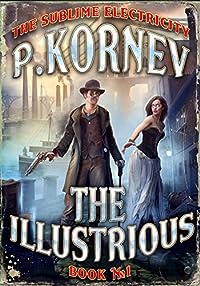 The Illustrious (The Sublime Electricity Book #1)
by Pavel Kornev

In this world, science took the place of magic. Meanwhile, the transition from the era of steam to the epoch of Sublime Electricity is already underway. But magic hasn’t simply disappeared without a trace. It still exists, concealed in the blood of the illustrious. Detective constable Leopold Orso of the metropolitan police counts himself among their number. He was bestowed atalent that allows him to bring others’ fears to life.
Leopold didn’t go looking for trouble. All he really wanted was to gain access to his rightful inheritance. But, his peaceful life came to an end when a box from his grandmother’s estate caught the interest of a mysterious cabal of conspirators, police and bloodthirsty malefics.
His new enemies have an arsenal of six-barreled machine guns, backpack flamethrowers and hordes of hellspawn. He may escape with his life, but it won’t be easy!