A Little To Grabby

Have you ever gone to a garage sale, got all excited and grabbed a bunch of stuff, only to realize you didn’t actually want most of it, but then you felt super awkward and had to spend 20 minutes trying to be all sly when you put it all back? 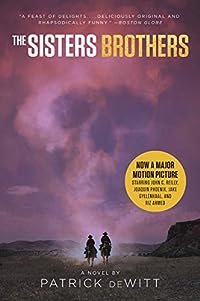 The Sisters Brothers
by Patrick deWitt

Hermann Kermit Warm is going to die. The enigmatic and powerful man known only as the Commodore has ordered it, and his henchmen, Eli and Charlie Sisters, will make sure of it. Though Eli doesn’t share his brother’s appetite for whiskey and killing, he’s never known anything else. But their prey isn’t an easy mark, and on the road from Oregon City to Warm’s gold-mining claim outside Sacramento, Eli begins to question what he does for a living-and whom he does it for.

With The Sisters Brothers, Patrick deWitt pays homage to the classic Western, transforming it into an unforgettable comic tour de force. Filled with a remarkable cast of characters-losers, cheaters, and ne’er-do-wells from all stripes of life-and told by a complex and compelling narrator, it is a violent, lustful odyssey through the underworld of the 1850s frontier that beautifully captures the humor, melancholy, and grit of the Old West and two brothers bound by blood, violence, and love. 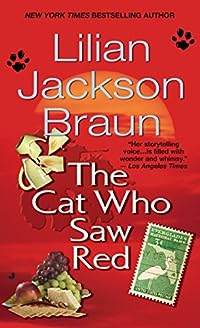 Jim Qwilleran and his cats Koko and Yum Yum must solve a curious caper in this mystery in the bestselling Cat Who series.

Something is amiss at Maus Haus. Not just the mystery of an unsolved “suicide” which hangs over the old mansion, but something ominous in the present-day residence. When Qwilleran moves in to work on his new gastronomical assignment, strange things begin to happen. First it’s a scream in the night, then a vanishing houseboy. But when his old girlfriend disappears, something has to be done. Qwilleran, Koko and Yum Yum set out to solve the mystery — and find a murderer! 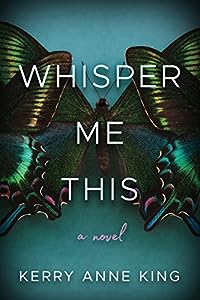 Whisper Me This: A Novel
by Kerry Anne King

In this Amazon Charts and Washington Post bestseller, a devastating secret is revealed, and a family must finally come to terms with the past.

Single mother Maisey Addington has always fallen short of her own mother’s expectations — never married, a bit adrift, wasting her high IQ on dead-end jobs. The only thing Maisey’s sure she’s gotten right is her relationship with her twelve-year-old daughter, Elle… until a phone call blows apart the precarious balance of their lives. Maisey’s mother is in a coma, and her aging father faces charges of abuse and neglect.

Back at her childhood home, Maisey must make a heartrending life-or-death decision. Her confused father has destroyed family records, including her mother’s final wishes. Searching for answers, Maisey uncovers one unspeakable secret after another when she stumbles upon a shattering truth: a twin sister named Marley.

Maisey’s obsession with solving the mystery of her sister forces her to examine her darkest memories and triggers a custody battle with Elle’s father. Will Maisey’s love for her daughter be strong enough to break a cycle of abuse and create a new beginning for them all? 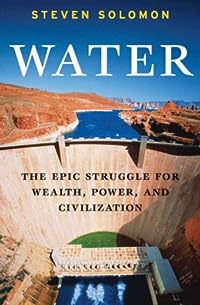 Water: The Epic Struggle for Wealth, Power, and Civilization
by Steven Solomon

In Water, esteemed journalist Steven Solomon describes a terrifying — and all too real — world in which access to fresh water has replaced oil as the primary cause of global conflicts that increasingly emanate from drought-ridden, overpopulated areas of the world. Meticulously researched and undeniably prescient, Water is a stunningly clear-eyed action statement on what Robert F Kennedy, Jr. calls “the biggest environmental and political challenge of our time.” 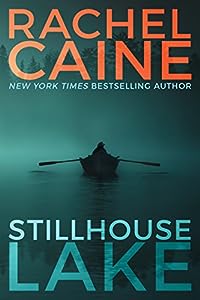 Gina Royal is the definition of average — a shy Midwestern housewife with a happy marriage and two adorable children. But when a car accident reveals her husband’s secret life as a serial killer, she must remake herself as Gwen Proctor — the ultimate warrior mom.

With her ex now in prison, Gwen has finally found refuge in a new home on remote Stillhouse Lake. Though still the target of stalkers and Internet trolls who think she had something to do with her husband’s crimes, Gwen dares to think her kids can finally grow up in peace.

But just when she’s starting to feel at ease in her new identity, a body turns up in the lake — and threatening letters start arriving from an all-too-familiar address. Gwen Proctor must keep friends close and enemies at bay to avoid being exposed — or watch her kids fall victim to a killer who takes pleasure in tormenting her. One thing is certain: she’s learned how to fight evil. And she’ll never stop. 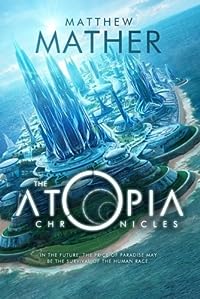 The Atopia Chronicles
by Matthew Mather

What could be worse than letting billions die?

In the near future, to escape the crush and clutter of a packed and polluted Earth, the world’s elite flock to Atopia, a massive corporate-owned artificial island in the Pacific Ocean. It is there that Dr. Patricia Killiam rushes to perfect the ultimate in virtual reality: a program to save the ravaged Earth from mankind’s insatiable appetite for natural resources.

Now in development as a new TV series, The Atopia Chronicles (Book 1 of the Atopia series) is the tale of mankind’s dark slide across the apocalypse as humans and machines merge in a world teetering on the brink of ecological ruin. 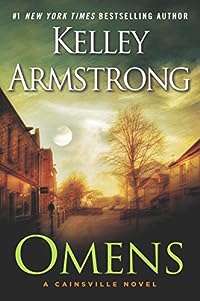 Olivia Taylor-Jones is shattered to learn that she’s adopted. Her biological parents? Notorious serial killers. On a quest to learn more about her past, Olivia lands in the small town of Cainsville, Illinois. As she draws on long-hidden abilities, Olivia begins to realize that there are dark secrets in Cainsville — and powers lurking in the shadows.