A Chill In The Air & In Your Spine

This fast-paced bone-chilling collection by Amazon #1 Bestselling Author Willow Rose will have you glued to the pages late into the night.  These books certainly are not for the faint of heart. ENJOY!! 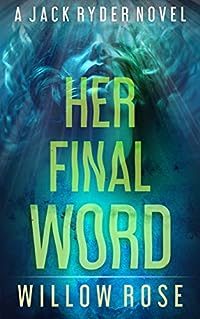 Rather be the hunter than the prey.

Inspired by a true story.

Ella Maria Chauncey walks home after a night out with her friends, hurrying to get back before her parents realize she’s been out with the boy they don’t want her to date. Living in the gated community of Lyford Cay, in one of the world’s wealthiest neighborhoods, she believes it is safe.

Ella Maria never makes it home. She is found the next day floating in her family’s pool, her tongue cut out.

Seven months later Jack Ryder is visiting the Bahamas with his adopted daughter Emily. They’re trying to find Emily’s relatives, but it turns out to be easier said than done.

The only living relative they can track down is a woman… in jail. She’s doing time for murdering Ella Maria Chauncey, but as Jack digs into the case, he starts to wonder if she was wrongfully convicted and the murderer is still out there, hunting for his next prey.

As the shocking investigation unfolds, and secrets are revealed, no one in in the lucrative Lyford Cay can be trusted.

HER FINAL WORD is the sixth book in the bestselling Jack Ryder series but can be read as a standalone. 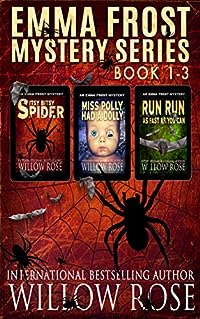 3 Bone-chilling tales from a Bestselling Author.

Emma Frost inherits a house on Fanoe Island when her grandmother dies. She decides to move there with her family, much to her teenage daughter’s regret. One morning a wealthy old woman in her street is found murdered and soon Emma finds herself wrapped in a mystery uncovering the island’s dark secrets that not only runs deep within the history of the island but also within her own family.

Miss Polly had a dolly. A beautiful daughter that she called her Baby Doll. Every day she dressed her in dresses and brushed her hair before they went outside to show off to the neighbors. On the playground, one day her Baby Doll talked to a boy, and for one unforgivable second, Miss Polly let herself be distracted by a woman telling her how adorable she thought her daughter was. When Miss Polly finally turned to look for her Baby Doll, she was gone.

Many years later Emma Frost hears about the disappearance of the little girl and learns that she is not the only one to have gone missing from Fanoe Island back in the nineties. As she digs deeper into the story, she soon finds herself entangled in a web of strange and very disturbing events.

Simone Beaumont is having a rough day. She is exhausted. Her baby is crying non-stop, she is in a fight with her husband and hasn’t spoken to him since last night. A big part of her want to just leave everything. To run away from it all. To vanish. She is considering it while putting her screaming baby in her car seat when suddenly she meets a man in the parking lot who without asking her makes her wish come true.

Emma Frost has just come home from a trip to Eastern Europe when the body of Simone Beaumont is being found. It turns out she was part of Sophia’s mothers’ group and soon the small group is shaken by yet another disappearance. 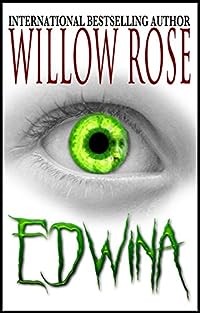 A terrifying nail-biting horror story from the Queen of Scream Novels!

EDWINA is a spinoff from the third book in Willow Rose’s Rebekka Franck Series Five, Six… Grab Your Crucifix, but can be read separately.

WARNING: Very scary and not for the faint of heart!