Two In The Shoe, Four To The Door

I just got an idea!! Is it weird that I just got an idea, got all excited, then I got a little annoyed with myself because every time I get an idea it means more work for me? If I don’t tell anyone my idea, then no one will know I didn’t do it. It’s a really good idea though and I really want to tell people. I am pretty sure it would only take me about 30 minutes to do it and it would be pretty awesome looking. It also might be awefyul looking. Oh man.. that would be sad. Okay I wont tell you guys what it is, after I post this I will run outside and make it, then I will take a picture and post it. Oh man… i basically just told you, so now I have to do it and it might be a horrible idea. If it is, then I have to come up with another brilliant idea, do it, and post it. This idea has turned into a lot of work. Maybe I will just take a nap.

Oliver Jones is the most dangerous man in the world.

At least, someone out there believes he is. Oliver himself thought he was one of the world’s duller men, working as a financial analyst in San Francisco by day and eating microwave dinners by himself every night. That was until he befriended a stray cat, and then one lonely night the cat began to speak to him.

Now Oliver is on the run, hunted by an inhuman assassin whose client believes Oliver is the “Destroyer of Worlds.” His only hope for survival rests with a trio of unlikely new allies: A werewolf with a fondness for Hawaiian shirts, an emotionless little girl who is much, much older than she appears, and a genocidal gunfighter with a serious anger management problem.

And there’s that talking cat, of course. But that’s a little harder to explain… 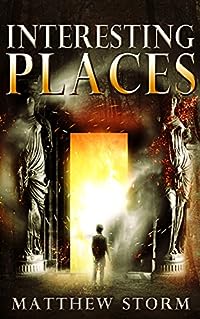 Oliver Jones, a man who once discovered he had the power to change reality itself, used to be called the most dangerous man in the world. Now he’s joined The Araneae Group, a team of paranormal investigators under the command of Artemis, a seemingly immortal ten-year-old girl. Things that used to seem fantastical, like vampires and werewolves, are now as commonplace in his life as getting a cup of coffee in the morning. But Oliver’s ability to change the world around him is no longer working. Even when his life is in the utmost danger, he finds that he’s no more special than any other man.

Things take a turn when a cyborg, the lone survivor of a civil war on another world, confronts Oliver’s teammate Sally Rain. Sally, once a high-ranking officer in her army, was responsible for his people’s extermination, and he wants revenge. While the cyborg is quickly dealt with, Sally is haunted by the terrible memory of what she did at the war’s end. She wants a chance to set things right, and she knows just the person to help her do it.

Because Oliver Jones is still the most dangerous man in the world. He just doesn’t know it yet.

One Night to Fall (Kinney Brothers Book 1)
by Kelsey Kingsley

Do we choose love? Or is it something decided by fate?

To Kinsey McKenna, Patrick Kinney was a persistent glob of sticky peanut butter. He had been stuck to the roof of her mouth, since they were both three years old, when fate seemed to send his family next door to hers. All the way from the coast of Ireland to River Canyon, Connecticut.

Over twenty-nine years, fate has been both kind and cruel and many choices have been made. Can things go back to when they were more innocent and magical? Patrick has a plan and just one night to try and take back the reins of his destiny and put the wrong things right with a trip down memory lane.

Fall in love again with this novella of firsts and second chances, in a little town where everything meant everything. 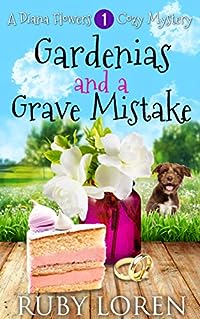 Flowers, favours, and a cake with a body in it… what a way to start a wedding!

Diana already regrets saying yes to her neighbour’s ridiculous wedding flower demands, but when she discovers a body in the middle of the multi-tiered centrepiece… it’s really taking the cake!

The man in the cake has been murdered.

Diana suspects that one of her neighbours may be the killer.

And she already knows that some of them are keeping skeletons in their closets.

Murder would send most people running for the hills, but Diana has a blossoming business to think about.

She needs to get to the bottom of her neighbourhood’s dark past, or her new cut flower business could suffer a blight! 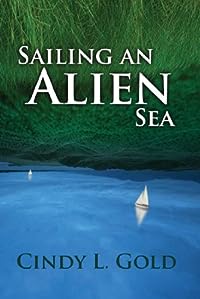 Santa Fe is no place for a girl like Sylvie, a thirteen-year-old tomboy, introspective loner, and Kokopelli hater. When she meets Nola, an older girl with an unusual and very visible disability, Sylvie discovers it’s impossible to stay in the shadows when her best friend draws stares wherever she goes.

Each has made her own battle plan for thriving in the harsh environs of Santa Fe in the Sixties, with some plans decidedly more successful than others.

Forget what you think you know about friendship, outsiders, sisterhood and The Land of Enchantment. Let Sylvie and Nola be your guides down Santa Fe’s famously convoluted streets. 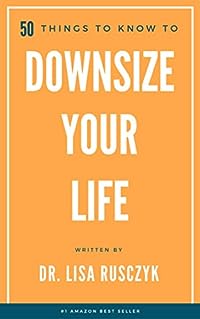 50 Things to Know to Downsize Your Life: How To Downsize, Organize, And Get Back to Basics
by 50 Things To Know, Lisa Rusczyk, Margo Berumen

This book will help you downsize your life. Relationships and experiences are a place to spend time and money. Stop buying stuff, stop cleaning stuff, stop organizing stuff, and live your life!
I wrote “50 Things to Know to Downsize Your Life” because I wanted to create a concise guide for people to follow to learn to live a better life with less.

This is a collection of 50 simple tips that any person who would like to know while learning to downsize their life.

This book contains numerous tips, techniques, and strategies to help you downsize your life and keep it that way once and for all. We will be going through each room of your home and supplying you with tried and tested minimalist organizational methods. So download now and learn how to downsize your life right now.