I have never met a racoon. Oh sure, I have seen plenty, but I have never met one formally. I bet they would be pretty awesome to hang out with. The stories they could tell you. I bet they know everything about everyone in the neighborhood they live in. It would be very easy to be the neighborhood gossip with all of that information. I guess it’s not gossip if it’s fact. Now that I am thinking about it, I am sure glad they can’t talk. If I was an animal psychic I would spend all my time talking to raccoons. Oh, and my cat Sinny and pup Junebug, but mostly the raccoons. 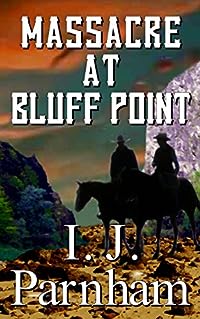 Ethan Craig picked the wrong day to start working for Sam Pringle’s outfit. Within hours of joining up, Ansel Stark’s bandit gang bushwhacked the outfit at Bluff Point and Ethan saw all his new colleagues gunned down in cold blood.
He vowed to get his revenge, but before Ethan could get his manhunt underway his bad luck continued when for the second time he was in the wrong place at the wrong time and Sheriff Henry Fisher arrested him. His presumed crime was being a member of the very gang he’d sworn to track down!
With nobody believing his innocence and a ruthless bandit to catch, can Ethan ever hope to succeed? 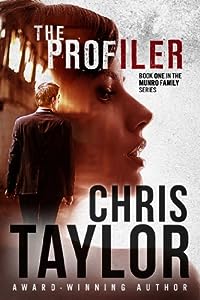 The Profiler (The Munro Family Series Book 1)
by Chris Taylor

A cold-blooded serial killer is carving up bodies… Who’s next?
Still reeling from his wife’s unexpected and violent death, Federal Agent Clayton Munro must ignore his pain and throw himself into his work as a profiler on a time sensitive case. With a serial killer on the loose in Sydney, he is forced to team up with the local police in an effort to stop the vicious murders.
Lead detective, Ellie Cooper doesn’t let her tragic past stop her from anything. Determined to uncover the details behind the murders, she refuses to be distracted by the arrogant and handsome federal agent new to the case.
But as corpses keep piling up, Ellie and Clayton are under pressure to capture the criminal while keeping their anger — and attraction — at bay. With Ellie at the top of his hit list, this particular killer is more dangerous than either of them realize. Can the profiler save her before it’s too late?

Fans of Sandra Brown, Cristin Harber, Liliana Hart, Karen Rose, J.D. Robb and Nora Roberts will love this new series by Chris Taylor. Read The Profiler now and you’ll be hooked on this series right until the very end. 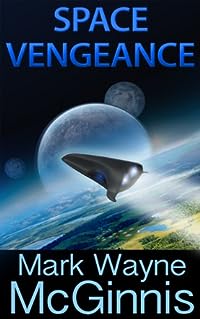 Captain Jason Reynolds is back! In the third installment of the Scrapyard Ship sci-fi adventure series, Space Vengeance, Jason, his family, and The Lilly’s crew face the impending destruction of their internal nano-devices. What’s worse, what remains of the Craing fleet, some 1500 warships, is back and headed straight toward the already decimated planets within Allied space. In what looks to be a one-way suicide mission, Jason must leave Nan and Mollie behind on Earth and out of harm’s way.

While war rages on sixty light years from Earth, maniacal space raider Captain Stalls and hundreds of his pirated warships close in on Earth. Stalls knows exactly what he wants: to find and kill Captain Reynolds and take the beautiful Nan Reynolds for his own. 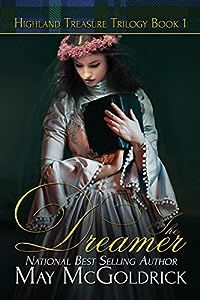 The Dreamer (Highland Treasure Trilogy Book 1)
by May McGoldrick

When her late father was branded a traitor to the king, Catherine Percy found sanctuary in Scotland. But a case of mistaken identity put her in a compromising position with the Highland earl sworn to protect her. Marriage to him saved her reputation, but nothing could save her from the stormy passion that bent her innocent body to his will–and shattered his last defense…
The acclaimed author of The Thistle and the Rose presents an exciting new trilogy. Three sisters each hold a clue to their family’s treasure–and the key to the hearts of three Highland warriors… 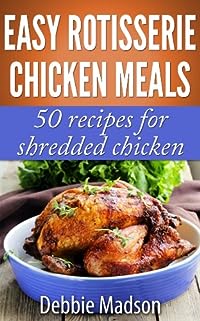 I can’t seem to say no to a rotisserie chicken when I’m grocery shopping. Is it the aroma of fresh baked chicken or the ease it brings knowing I’ll be able to throw something together with it? No matter what, one always seems to make it home with me. I shred the chicken off the bones and use the chicken in any of the recipes included here or place the meat in a ziploc bag and save it for a future meal.

I’ve put these easy rotisserie chicken recipes together to help the busy person who is rushing to get dinner together . This recipe ebook is also good for a parent who is wanting to teach their kids or teens to cook simple healthy meals.

I’m not including the obvious meal of serving the whole roast chicken itself with a side dish in this ebook. You’ll find 50 of my favorite recipes for shredded chicken.

I like the convenience of buying a rotisserie chicken in our grocery store and sadly it is actually cheaper for me to buy one instead of a fresh roast chicken and cook it myself.

However I’ve included one of my favorite roast chicken recipes if you’d like to buy your own roast chicken, bake it and shred it.