It was about 40 days or so ago that I started giving my sweet old cat, Sinny, Cosamin. It was heartbreaking to see him walking around the house stiff and and in a bit of discomfort. It was not that long ago that I lost my sweet pup Jethro, so as you can imagine I just couldn’t stand the thought of my kitty’s health declining. Sinny is actually a year older than Jethro, I’m sure you can understand my concern. So here we are, about 40 days into giving him Cosamin, and it has made all the difference in the world. Unfortunately he seems to be rediscovering his youth and has become the biggest pain in the tushy. I gotta stay on my toes because this eighteen pound blob of fur comes flying out of nowhere and nearly knocks me over. I’m not talking at my feet either. He is getting up high and dive bombing me from places he hasn’t been up on in years. Good for you buddy! Glad you’re feeling better, but I’m not getting any younger and my heart and hips can’t take much more of this. 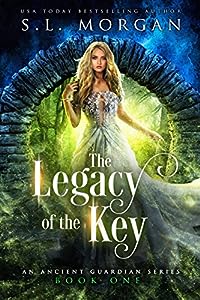 The Legacy of the Key: Ancient Guardians Book 1
by SL Morgan, Amanda Baker

She’s the keeper of a dangerous secret. He’s the heir to a powerful empire. Will their love save or doom countless realms?

Med student Reece Bryant doesn’t put much stock in fanciful notions of aliens and alternate dimensions. So when a mysterious man with unnaturally blue eyes rescues her from would-be kidnappers and whisks her away to an enchanted realm, she can hardly believe her senses. And she’s even more surprised to learn of the worlds-shattering secret hidden in her genetic code-a secret that evil aliens would kill to control.

Finding sanctuary within the strange land’s palace walls, she must deal with a different kind of danger in navigating the unfamiliar customs and jealous ridicule of the imperial court. So she’s grateful when the dashing guardian who saved her life steals her away on romantic strolls through the empire he will one day inherit.

But when the evil aliens launch a devastating surprise attack, Reece must make an impossible choice: condemn her new love to death or doom countless realms to suffer under a cruel new overlord.

The Legacy of the Key is the first book in the award-winning Ancient Guardians fantasy romance series. If you like palace intrigue, sweet love stories, and original alien realms with Victorian sensibilities, then you’ll love USA Today bestselling author S.L. Morgan’s enchanting tale.

Buy The Legacy of the Key to transport yourself to a charming inter-dimensional romance today! 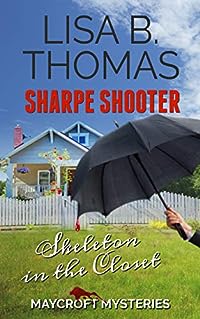 Sharpe Shooter: Skeleton in the Closet (Maycroft Mysteries Book 1)
by Lisa B. Thomas

THIS COLD CASE JUST GOT HOT!

Newly-retired teacher Deena Sharpe is ready for the next phase of her life. She had no idea she’d be racing the clock to find the killer of her uncle who’s been missing for 50 years. Why the hurry? A big-city conspiracy nut thinks this small town cold case is hot news!

Can Deena find the truth before her life in Texas gets turned upside down? Things are definitely heating up in the suburbs!

If you like clean mysteries with realistic characters and situations, you’ll join the raving fans of the Maycroft Mystery Series who call it their favorite series. Sharpe Shooter: A Skeleton in the Closet, is the first whodunit in the series. Test out your own sleuthing skills as you try to unmask the killer along with amateur sleuth Deena Sharpe. Get your copy today! 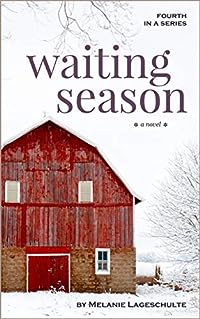 A new year brings new challenges… and the chance to make a dream come true.

Melinda expected to spend January relaxing by the fireplace while paging through the seed catalogs’ promises of spring. After all, the slower pace of the country was one of the reasons she’d let go of her bustling life in the city.

Instead, she finds herself struggling to keep the worst of winter’s threats from her door. Shoveling snow, thawing her acreage’s water lines, and anxiously watching over the pregnant sheep in her barn fill Melinda’s shorter days and longer nights. She pushes on because Horace’s offer still stands: He’ll sell her the farm in the spring if she truly wants to stay.

But as winter tightens its grip, Melinda’s biggest trials are still to come. When a series of events threatens to break her heart and shatter her hopes, can she find the strength to see the season through? 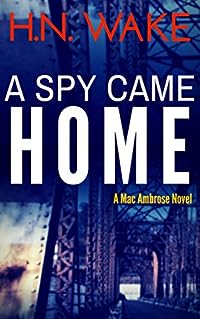 A mission. A conspiracy. Two veteran agents face-off in a daring cat-and-mouse game that could change the nation.

Gritty, gutsy Mac Ambrose is a twenty-year veteran of the CIA with a penchant for risk-taking and a strong moral conscience. She is recruited by her closest friends to run a dangerous domestic operation: bring down the powerful gun lobby so the Senate can pass new legislation. In four weeks.

From Washington’s corridors of power, to Kentucky’s rolling hills and New Orleans’s wealthy suburbs, Mac baits the snares for a corrupt lawmaker, an unscrupulous lobbyist, and a crooked gun manufacturer. From a safe house in Philadelphia, she begins to rebuild the life–and to reconnoiter the love–forsaken years ago in the name of national security.

But Cal Bertrand, the dogged ATF agent with a checkered past and a lot to prove, is hot on her trail. Will he uncover Mac and the conspiracy before the traps go off?

If you like Jack Ryan, Jack Reacher, Jason Bourne, and Lisbeth Salander, you will love Mac Ambrose. 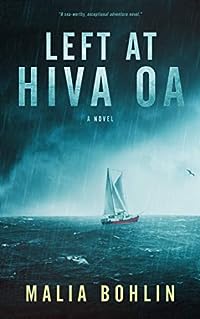 Left at Hiva Oa: A Novel
by Malia Bohlin

This captivating at-sea adventure takes place as America evolves from the conservative 50s to the free-loving 60s. Two proud Merchant Marine Academy graduates leave their promising careers to follow a dream of sailing the world on the 40′ schooner the Gracias.
Even with careful planning and abundant enthusiasm, things go drastically awry, changing plans, the crew, and eventually the course of the Gracias, unexpectedly leaving one of them crossing the Pacific alone. In a frantic battle for his life, he relies on his wit and his memories to face the challenges of the sea, and those within his own mind.
Left at Hiva Oa is an incredible story of determination: the determination to dream; to stand by your principles; and to stay alive, when all you have is yourself.