I am going to take a wild guess and say the bump in the turkey population around city hall has something to do with the farm across the street. Over the last five years I have watched it change from an old abandoned farm house to a restored farm with goats, chickens, pigs, and whether they like it or not, turkey. It has turned into quite a beautiful little corner of land. Its quite amusing to see a farm smack dab in the middle of a downtown. It’s a location where you would expect to see houses or shops. I drive by it at least twice a day and my absolute favorite thing to spot is the pigs, They have two medium sized black and white cuties that love to snuggle together while sunning themselves in the middle of their pen. They just added a third, much smaller and very fizzy brown and white spotted piggy that is quite social. I always find her right at the fence visiting with passersbys. Dogs are always curious about her, but she doesn’t seem to mind them at all. The next sunny day we have I will stop and take a few pictures. These guys are just too cute not to share with you. 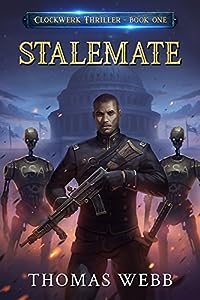 Clockwerk soldiers, airships, and aether bombs have ground the War Between the States to a stalemate. Can Colonel Julius Montclair find a way to end the bitter conflict?

Colonel Julius Montclair, elite soldier and the youngest airship commander in the Union fleet, has been humbled by war. He’s venerated for his bravery at the Battle of the Potomac, but he will carry the scars of that victory for the rest of his life. The loss of good men and women under his command continues to haunt him. Now, Montclair wants nothing more than to simply do his job and is more than ready to lay down the mantle of “hero”. That is, until President Grant himself summons Montclair to Washington.

Montclair is tasked with a deadly mission: He must lead his troops on a clandestine insertion behind enemy lines to uncover a plot that may destroy the Union. But Montclair won’t be able to do it alone; he’ll need the help of the most dangerous and least trusted weapons in the Union’s formidable arsenal – the spymasters of Strategic Intelligence.

Scarlet, a gorgeous young Strategic Intelligence agent and trained assassin, has the lethal skills and gritty determination required to protect her country. But can she gain the trust of Colonel Montclair and his men? Only by working together can they uncover the Confederacy’s plot and stop a dark aether-fueled weapon of mass destruction from erasing the Union from history. 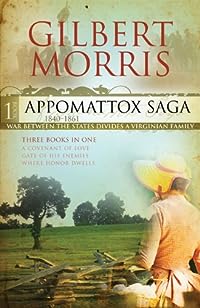 The Appomattox Saga Omnibus 1: Three Books in One
by Gilbert Morris

Enjoy the first three novels from the acclaimed Appomattox Saga by bestselling author Gilbert Morris in a collector’s hardbound anthology. On a prosperous Virginia plantation, the Rocklin family tries to live as they traditionally have, enjoying the pleasures of wealth and status. But the talk of civil war could leave a family divided and three young women fearing for the future of their loved ones.

Includes: A Covenant of Love, Gate of His Enemies, and Where Honor Dwells 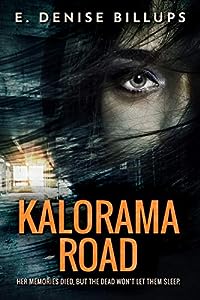 Her memories died, but the dead won’t let them sleep.

There’s something Allie can’t remember; hidden memories that refuse to surface. Until one day, when something brings back images of a forgotten night.

A year after graduating from Emsworth University, a mysterious email appears, asking Allie a single question. Someone wants her to remember, and they are getting closer. As forgotten memories gradually surface, Allie has to come to terms with her dark past, and a revelation she could have never imagined.

But what really happened at 1414 Kalorama Road? 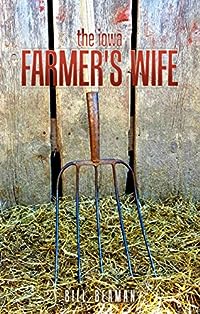 The Iowa Farmer’s Wife is a gripping story, a page-turning mystery about a murder that takes place in the rolling hills of southwest Iowa. Bill Beaman intrigues his readers by planting a horrific homicide smack dab in the middle of the heartland. When a rural banker is brutally murdered, two DCI detectives travel to the scene of the crime to investigate. Little do these “city boys” know what their trip into the country will entail. The plot thickens as the investigation revolves around a young widow and her struggle to hold onto her farm. 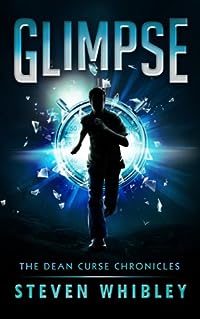 Dean Curse avoids attention the way his best friend Colin avoids common sense. Which is why he isn’t happy about being Abbotsford’s latest local hero – having saved the life of a stranger, he is now front page news. Dean’s reason for avoiding the limelight? Ever since his heroic act, he’s been having terrifying visions of people dying and they’re freaking him out so badly his psychologist father just might have him committed. Dean wants nothing more than to lay low and let life get back to normal.

But when Dean’s visions start to come true, and people really start dying, he has to race against the clock – literally – to figure out what’s happening. Is this power of premonition a curse? Or is Dean gifted with the ability to save people from horrible fates? The answer will be the difference between life and death.

Get your copy to day and experience this edge-of-your-seat adventure series that’s perfect for fans of Rick Riordan’s Percy Jackson series, the Ranger’s Apprentice, and Eoin Colfer’s Artemis Fowl series. 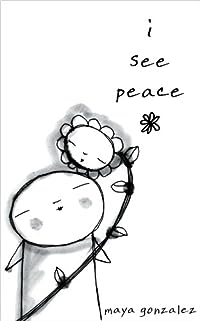 i see peace
by Maya Gonzalez

Focusing on the very big idea of peace, this simple book can be carried with you wherever you go and read in those profoundly peaceful moments or during those terribly tricky times when peace feels far away. Adapted from the original print book and guided journal, I See Peace uncovers the truth about a very real and personal experience of peace and how to create it in our own lives. Award-winning children’s book illustrator/author and educator, Maya Gonzalez uses simple words and even more simple ink drawings to create both a universal and intimate experience of peace. Come play with Maya and learn that peace is often closer than we think.