NO! NO! NO! Maybe I should add an extra No! in there for good measure. Every year starting around August, the traffic on the highway, alongside the pumpkin patch, slows to a snails pace once pumpkin and corn start to sprout. People absolutely MUST slow down to look at the teenie tiny sprouts. It is a nightmare on the highway from about mid August to November first. This is a given every year and I have come to accept it. What I cannot accept is now, on the really heavy rainy days, the pumpkin patch is so flooded that there are actual waves. Yes, it is crazy, but keep it moving folks! I would understand if it was unusual, but we have had so much rain and flooding here in Sonoma County that its not unique anymore. Go anywhere and you can see flooding. So please…keep it moving. 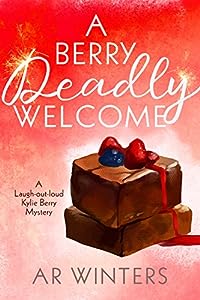 Welcome to Sarah’s Eatery, where the food is to-die-for!

Escaping a dreadful marriage and an angry ex-husband, Kylie Berry moves to the small town of Camden Falls, Kentucky, to run her cousin’s café, Sarah’s Eatery. Only one problem: Kylie can’t cook to save her life, and the longtime chef walks out on Kylie’s first day.

Answering the call for a new chef, in walks lovely Rachel Summers, a friendly local brownie-addict who immediately gets the job. But when Rachel is found dead a few hours later, all fingers point to Kylie and her killer brownies.

Could Kylie have made a major kitchen blunder and poisoned the woman? Did a bitter former employee tamper with her pantry? Or was there more to Rachel than the kind smile and eager-to-please attitude she sported at the interview?

With the help of the few remaining café regulars, Kylie sets out on a journey to uncover the truth behind who killed Rachel Summers!

This is a laugh-out-loud cozy mystery featuring a strong female protagonist, some unusual friends and family, and a mystery that needs solving! It has no graphic gore, bad language or sex. 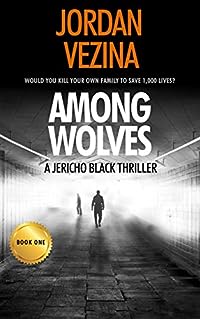 Among Wolves (A Jericho Black Thriller Book 1)
by Jordan Vezina

Will Hessler never asked to become an assassin, but we don’t always get what we want.

A family fueled by hate, a jihadist splinter cell on the loose in San Francisco, and a young man who doesn’t yet know he will one day become a legend within Israeli intelligence.

With no training, no support and no experience Will Hessler is just the man in the right place at the right time. Does he have what it takes to stop a terror cell that has already put far more experienced operatives underground? 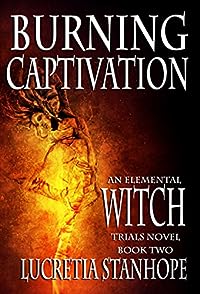 Gwen Hensley, elemental witch, is ripped from the fairytale of small town life and her undead, wolf familiar, Sebastian. She is called to work undercover for a ruling fate, Greta, to locate another missing elder amid the chaos and politics at witch’s council. The guise of ambassador for the undead seemed a natural cover, but puts her in a precarious position when her peace and power captivate the realm master, Dmitry.

The danger posed by Nikolay, a vampire uneasy with his master bringing a witch into the inner circle, forces her to draw on powers that make her even more prized and dangerous to their kind. When Dmitry marks her as his mistress the subjugation starts her on a new, darker path. Her attention is pulled between the undead and finding the missing elder, which seem interlaced. The more she finds out investigating council, the more she doubts that she can trust anyone, especially those in power. 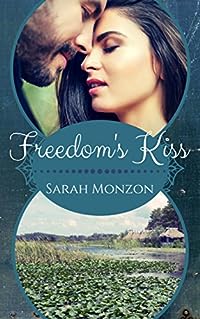 They were prisoners of the past. Could legacy be the key to set them free?

Olivia Arroyo knows who she is and where she’s going — her sense of family responsibility a stepping-stone to her dream of becoming a chef. When her employer refuses her the chance to move from server to the kitchen, she makes another opportunity for herself with the owner of a new food truck. But her life derails when a hidden piece of her past suddenly comes to light, and she discovers everything she thought she knew about herself has been a lie.

A single decision can have innumerable consequences — a truth that has changed Adam Carrington’s life. A criminal defense attorney turned food truck owner, he is haunted by his role in an unpardonable act and driven by his need to make restitution. Unexpected help comes in the form of a feisty, raven-haired beauty, but she soon begins challenging his kitchen as well as his heart.

Florida, 1816
Propelled by a fleeting hope of freedom, Winnie and her family escape slavery and find refuge and new life with the Seminole Indians of Florida. But their future is still uncertain as threats of war, a return to slavery, and removal to the West shake their tentative grasp on freedom. Will they ever step out of the shadow of fear to leave a legacy of deliverance? 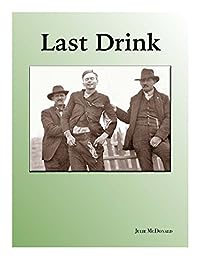 This short story is about one wild week-end in Winslow, Arizona in April of 1905. Had the sheriff of Navajo County, Chet Houck, not requested photos, the events that took place would never have been believed!