I think I really messed up yesterday while moving all that soil to the backyard. While I was out front in the morning, shoveling the soil from the truck to the wheelbarrow, I talked to my neighbors on either side of me before they left for the various work they had to do that day.  I thought for sure that no one was around to hear me while I worked in the yard. I will admit I was pretty darn tired and I guess I still hadn’t recovered from shoveling soil last week, or maybe it was the allergies, but I wasn’t exactly whistling while I worked. In fact, I might have been less than PG with my language. There was a couple of times I almost bit it hard when trying to maneuver the very heavy wheelbarrow and almost lost control. With the temperature being an surprising hot 66 degrees, and even though my body was pretty darn tired, I didn’t take a break until I was finished. I pushed myself with colorful language. Not the F word, but I got creative with the lesser offensive words. It wasn’t until the last wheelbarrow full of dirt was finally dumped that I allowed myself to fall into a soft patio chair and let out my last word that was as colorful as a rainbow. After a moment of silence I heard it. The sound of gardening tools being used coming from the quiet neighbors fence. Oh no. 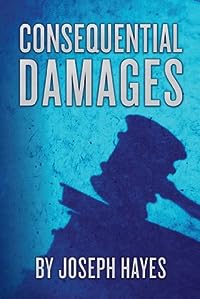 Rick Black and Jake McShane are former law school classmates with very different approaches to life and the law. Rick is a brilliant, ultracompetitive trial lawyer who believes winning is everything. He openly mocks the legal system, claiming that a lawyer who is a great storyteller can fool a jury every time. He is determined to exploit that weakness in our system, regardless of the havoc that wreaks on innocent lives. When an upstanding pillar of the community is victimized by Rick’s unscrupulous tactics, Jake is determined to bring his former classmate to justice — if he can do so without sacrificing his own integrity. Their approaches, skills and convictions are put to the test when they clash as opposing counsel in a high-stakes class action lawsuit. Dirty tricks, intimidation, intrigue — even homicide — become part of the backdrop as the litigation unfolds. Consequential Damages is a compelling legal drama full of twists, turns and suspense. And, it will make you think! 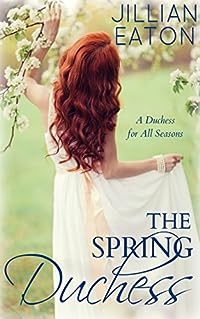 A WALLFLOWER WHO DIDN’T WANT TO BE A DUCHESS…
An eccentric bluestocking with an affinity for hedgehogs, Eleanor Ward never had any dreams of grandeur when it came to making a good match. Perfectly content to become a spinster, she already had her cottage in the country picked out, complete with a barn for her menagerie of rescued animals. Until one night a lost hairpin and an arrogant duke ruin everything. Now she’s the Duchess of Hawkridge, the last thing in the world she ever wanted to be. And her husband? Well, he’s nowhere to be found.

A DUKE WHO DIDN’T WANT TO BE A HUSBAND…
Furious at being tricked into marrying a woman who keeps a hedgehog in her pocket, Derek couldn’t get away from Eleanor fast enough after their vows were read. It’s been a year since he’s seen her, and he has no plans to change that anytime soon. Until his scheming cousin shows up and declares the union a sham. Now Derek has exactly one month to woo a wife he never desired and consummate a marriage he never wanted.

A MEANS TO AN END… OR A NEW BEGINNING?
It seems like a simple enough task, especially for a man whose romantic conquests are the stuff of legends. But nothing is simple when two stubborn hearts are involved, especially when Derek begins to see Eleanor in an entirely new light. With time ticking down, can a cynical duke convince his unconventional duchess their marriage is worth saving? This spring, only one thing is certain… love is definitely in the air.

The Spring Duchess is a Regency novella of approximately 35k words. 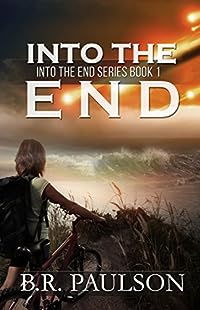 Into the End
by B.R. Paulson

Are you prepared to go into the end of the world?

Talking about the apocalypse versus ushering it in…

Rachel has to decide which is worse.

As she and her family bug out to their safe house, Rachel hopes the things she’s done in her past as a strategical psychologist hasn’t played a role in American’s demise.

Her sister, Brenda, on the other hand, knows Rachel is no saint. But when Brenda sets out to find her brilliant sister and her family, she learns not everything should survive.

Explore the end from the safety of your seat while these sisters fight for their lives! 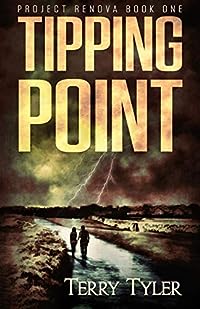 ‘I didn’t know danger was floating behind us on the breeze as we walked along the beach, seeping in through the windows of our picture postcard life.’

Year 2024. New social networking site Private Life bursts onto the scene. Across the world, a record number of users sign up.

A deadly virus is discovered in a little known African province, and it’s spreading — fast. The UK announces a countrywide vaccination programme. Members of underground group Unicorn believe the disease to be man-made – and that Private Life might not be as private as it claims.

Vicky Keating’s boyfriend, Dex, is working for Unicorn over two hundred miles away when the first UK outbreak is detected in her home town of Shipden, on the Norfolk coast. The town is placed under military controlled quarantine and, despite official assurances that there is no need for panic, within days the virus is unstoppable.

As the country descends into chaos, there are scores to be settled further north… 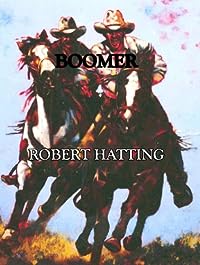 A Period Western — The sheriff of Tucson, Arizona Territory in the late 1800’s adopts a orphan teenage boy. The young man is key to a mystery concerning stolen gold coins. Rated G, 72,000 words. 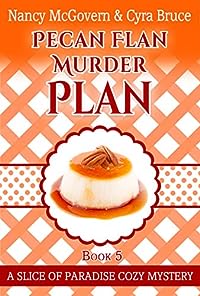 FAITH FRANKLIN IS BACK!

If you’ve gotten to know Faith in the 1st four “Slice of Paradise” stories and you’re hungry for more… IT’S TIME! Join her in her 5th adventure, Pecan Flan Murder Plan! It’s gonna be “Flan-tastic!”

Faith Franklin is over the moon about the grand opening of Paradise Falls, a beautiful nature preserve she’s helped bring to the community. Between the gorgeous surroundings, the friendly people and the majestic animals, nothing could ruin this day!

One of the preserve’s staff members has been found murdered, and there seem to be countless leads to follow. From personal drama to suspicious attendees at the celebration, Faith isn’t sure where to start. And, with the deputy sheriff warning her not to interfere with his investigation, she may not get the chance anyway.

Too bad, because there’s a lot more to this case than meets the eye…