In case anyone was unaware, sand does not taste good. The new pup Casper has discovered this today. Now, I could have told him that, but would he have listened? No, he wouldn’t have because he is a puppy and will do whatever he feels compelled to do. So no, I don’t feel bad. 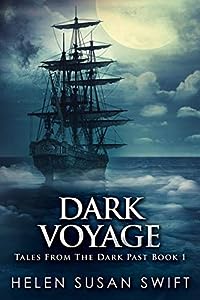 Something terrible is on board Lady Balgay.

In 1914, fear and paranoia rule the high seas. Iain Cosgrove sets sail for a research trip aboard the last of Dundee’s once-grand sealing fleet.

Fueled by rum and the eerie tales of the crew, they obsess over ancient superstitions, which Iain dismisses as simple lore… until they reach the frigid Arctic seas.

Soon, Iain begins to question his beliefs. But none of them are prepared for what they are about face in the frigid, dark waters of the north. 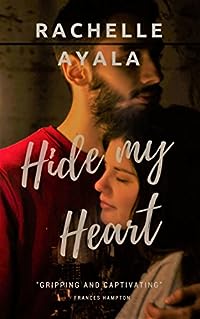 Hide My Heart: Love and Trouble
by Rachelle Ayala

A single mother on the run.
Amber McKay ran away from home to find adventure. She found Hunter instead. Now Amber’s on the run again and this time she isn’t alone.

A backwoods killer on the loose.
Nothing escapes Hunter Dixon. Especially his prize possession, Amber McKay. She is coming home no matter who has to die.

When Amber finds out this may be her grandmother’s last Christmas, she is determined to say goodbye to the woman who always loved her. But she’s hiding from Hunter, and she has a big secret. She turns to the one person who has never let her down, her childhood crush, Nate.

Nate agrees to help, but Hunter closes in. While Amber and Nate explore their budding romance, they must fight a crippling ice storm and a determined enemy to stay alive and protect her secret. 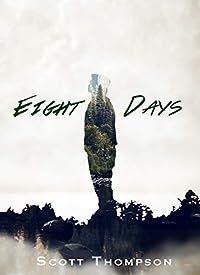 Eight Days: An Adventure into the Afterlife
by Scott Thompson

LIFE’S SHORT WHEN COMPARED TO ETERNITY, BUT ETERNITY IS ONLY WORTH IT BECAUSE OF LIFE.

Clive Kinsella lived a good life. He had a family who loved him and he was never without a job, a place to live, or a warm meal. But Clive died unfulfilled. Despite all his gifts he could only see what he didn’t have. He never wrote for a big newspaper in a big city. He never traveled the world. In fact, he never got out of his small Southern town. And… he never faced the ghosts that haunted him.

At his own funeral Clive meets Pachu, his grandfather who had died years before, and with Pachu he begins a journey through his life where he has to finally face his greatest regrets and agonies. But, if Clive can’t overcome his regrets he’ll be forced to wander the place between Heaven and Earth. Each day Clive revisits events in life in a sort of spiritual recording, the same events that took him from being an optimistic young man to a curmudgeon.

For every day he overcomes he gets to visit a place on earth he never saw before, and the reader is taken to places like Half Dome in Yosemite and Venice, where Pachu and Clive discuss existence and the meaning of life. But if Clive can’t overcome his greatest regrets he’ll be trapped in the in-between as a ghost. 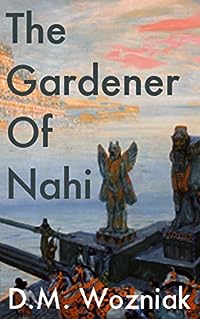 The Gardener of Nahi
by D.M. Wozniak

Since the mysterious closed timelike curve appeared above the world of Cassidian, nothing has come in or out of it. So when an innership emerges from the celestial cloud and crashes on the beaches of the Still, a Hunion courier named Anon Selfe is sent to investigate. When he lands, he finds the blood and footprints of the only survivor leading away from the wreckage. But inside there is someone else awaiting him in the darkness: his own dead body.

What follows is Anon’s desperate chase up through the tiers of Cassidian to find the survivor of the crash – a young woman named Myria who is unyielding in her belief that she knows Anon from her past.

The only problem is that she claims to be from a world called Nahi, which is not known to exist. 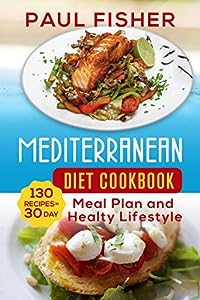 Do you love the taste of Mediterranean food?
Do you enjoy the range of flavors and exciting colors it provides?
Would you like to be able to cook more that just a simple spaghetti dish?

Mediterranean food is amongst the most popular in the world. The diversity it offers, not to mention the health benefits it provides, means that it is often sought after when people want to make a change to healthier options.
Now, with
Mediterranean Diet Cookbook: 130 Recipes for 30 Day Meal Plan and Healthy Lifestyle
you can plan and prepare dozens of great dishes that are packed with goodness, like:

With 130 recipes that are packed full of taste and nutrition, you will never tire of the food you are eating and will be able to prepare something interesting that all the family will love, for any mealtime, any day of the week and for any occasion.