With all the hard work I have been doing in the backyard, I really just needed to put one or seven little plants in because i am excited about Spring. I know it’s not the time to plant, but I really really wanted to, so I headed off to the hardware store in a giddy sorta way. I picked out a few I had in mind and happily went to the register to pay. The cashier looked at my plants, looked at me, looked at my plants again (as if they changed into something else), and said to me, “You know it’s winter, right?” My giddiness drained right outta me and I answered her with a short “Yup”. As I walked with my little plants to the car, their purple flowers bouncing around wildly, and the lavender fragrance lightly filling my nose, I thought to myself…..

Sometimes rotten luck is better than no luck at all.

Jinxed from birth with mystifying bad luck, Murphy Drummer hasn’t ventured beyond the safety of his backyard since he was a little boy. To remedy his loneliness, he became the master of a thousand hobbies and as amazing as his crazy luck.

When events demand that Murphy go in search of a new, luck-free sanctuary to spare the world from his puzzling disorder, his relentless whammy plows a riotous path of mayhem and miracles straight to Joy Daley–an incurable optimist who never forgot to thank her lucky stars. The comical, topsy-turvy effects from the collision of Lady Luck and Murphy’s jinx whimsically upends the lives of everyone in their orbit.

At first, Murphy’s victims question who he is–at last, they’ll be questioning who they aren’t. 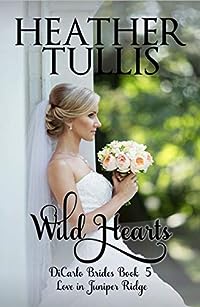 Finding love in the Rockies was not in her plans — and she was a devil with plans.

Delphi Gifford has nearly given up on finding someone she could love as much as her dead husband, Fallon. Certainly local photographer Jeremy Litster could never make the grade, egomaniac that he is–even if he did drive the hottest racing motorbike she’d ever touched.

Jeremy knew George DiCarlo had hand-picked him to marry the gorgeous, buttoned-up Delphi, but hadn’t counted on her not being in the loop, causing him to make a major misstep the first time they met. After working together for six months, though, he seriously regrets putting up a wall between them and begins a careful campaign to win her over and convince her to stay when her year there was up.

When a date turns into a car chase as someone tries to take the two of them out, they have to figure out what they did or saw that put them both in danger. 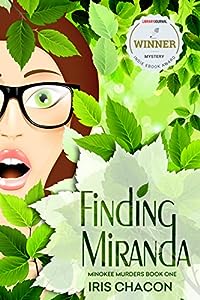 Miranda Ogilvy is accustomed to being invisible. Sometimes people actually see her, but they forget her almost immediately. It’s not a bad life for a ghost, but Miranda is not a ghost. She’s a librarian.
The problem may be that Miranda lives in a big, busy city. So when her aunt dies suddenly and leaves Miranda a century-old cottage forty miles beyond the middle of nowhere, Miranda makes the life-changing move from Miami to Minokee.
Moving doesn’t solve the problem, however; people still don’t notice Miranda. The only two people who seem all too aware of her are a handsome neighbor (way out of her league) and the man who murdered her aunt (too late to move back to Miami?).

Shepard Krausse is a late-night radio talk show host, but it isn’t because he “has a face for radio,” as the saying goes. In fact, Shepard is such a hunk that the little old ladies in his tiny Minokee community set their clocks every day in order to be on their front porches sipping coffee and watching through binoculars as he takes his morning run. Shep waves to the ladies (Psst! Bernice, yer droolin; on yer apron.), but he has never seen them. Shep has been blind since birth. His best friend (and guide dog), Dave, goes everywhere with him, including on the morning run. (Shepard’s the cute one; Dave’s the smart one.)
Shepard’s radio show, “Sheep Counters with Shep and Dave,” caters to insomniacs whose paranoia and conspiracy theories are keeping them awake. People enjoy venting their rage on the air, and Shepard’s audience enjoys, in about equal numbers, either agreeing with or ridiculing his callers.

Shep has a conspiracy theory of his own. He believes his uncle, the governor of the state of Florida, is corrupt in a big way, and may even be behind the murder of Shepard’s former neighbor, Phyllis Ogilvy.

Miranda is small, plain, and, of course, invisible. Shepard is the size of a professional television wrestler and, of course, resembles Adonis. She squeaks by on a librarian’s salary, still wearing clothes she owned in high school. His matching outfits are laid out for him every morning by his chauffeur/valet. She has learned four languages by listening to CDs in her car. He speaks seven languages, which he learned while in boarding school in Switzerland. Her aunt was a small-town librarian and part-time birdwatcher. His uncle is the governor of Florida, and his mother acts like the Queen of England. Miranda attended a community college. Shepard has an Ivy League law degree. Not since the owl and the pussycat has there been a more unlikely pair.

Now that Miranda has moved into Minokee, however, Shep and Dave are determined to protect their new neighbor from the bad guys. They just need to find out who or what the villains are. Miranda and Shep don’t know that soon, on a steamy Florida night, the city girl and the blind deejay will be running for their lives in the inky darkness of Little Cypress National Forest. 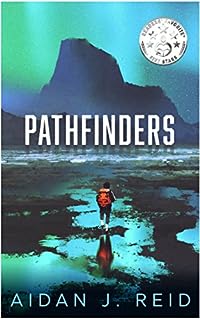 What if you woke up inside your worst nightmare?

Norman Adams is in his twenties. Single. Unhappy in his job. Drifting through life.

Then one day, he is ripped from reality.

A serious road accident sends Norman into a coma. He experiences a lucid dream state, finding himself caught between two worlds and soon realises, he is not alone…
Victor James is his loyal friend. Working with a mysterious librarian, together they discover a way to enter Norman’s dream.

It’s only then that they reveal the scale of the horror that imprisons him.

A place where nightmares are born.

Pathfinders is an action packed, exciting rescue mission that explores our deepest fears and what lays hidden in our subconscious. 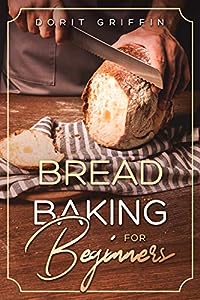 Are you a beginner that has a dream to become a baker, or do you just want to prepare a batch of bread for your friends and family?

No matter what the answer is, you will be glad to know there are over 100 recipes in the Bread Baking For Beginners. There is just one secret involved in baking, and that is consistency.

You will learn how to master even the most tempting of dessert bread to satisfy the most demanding eater. These are just a few of the ‘must see’ dishes you will be preparing:

Inside you will find how to quickly and easily prepare your favorite bread – no matter what occasion! These are incredible for a beginner since each one has an easy to follow step-by-step plan of how to best prepare and bake your chosen favorite bread item. You will learn some of these processes:

• Gather The Right Accessories For Baking

• How Much to Knead

• What Flours To Use

These are only a small start to the incredible information included in this quick and easy cookbook for beginners. Why not get started right now?