I Do Not Agree! 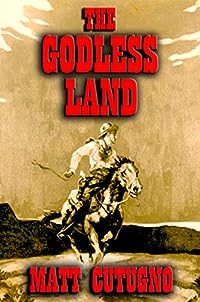 The saga begins in 1858 in New Mexico Territory, ten years before the events recorded in Matt Cutugno’s first Western, The Godless Men. Two boys, one from Kansas and one from Missouri, make their way through the wild country as pony riders for the mail service. At the same time, a young woman from China holds a powerful man responsible for the death of her father.

Law and order was slow to come to the Territory. Justice slower still. There were settlers and squatters, commerce and industry, sheriffs and outlaws amidst unfolding Manifest Destiny.

Few knew that a Civil War was coming.

Matt Cutugno is the author of four novels and eleven plays that have been produced in New York, Los Angeles and across the country. He has been a frequent contributor to Stay Thirsty Magazine for the past nine years. He is from New York and currently lives in California. 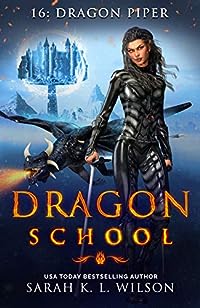 Time is running out.

Amel Leafbrought is still recovering from a grievous wound, but when a good friend offers her a chance at a risky opportunity to get Savette the support she needs, Amel chooses to take it.
But the opportunity comes with a limited time window and Amel will have to do something she never imagined would be her job.
Is she ready to take this next step? 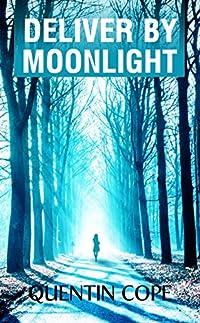 Deliver by Moonlight
by Quentin Cope

A search is on for the long lost illegitimate child of Eve, Madame of Le Chabanais; the most famous Bordello in 1920’s Paris. But with the tragic death of her mentor gnawing at her sanity she moves south to begin a new less complicated life.

However, in 1940, the Nazi invasion of France forces her into the murky, underground world of fearless Maquis fighters looking for retribution against a background of British spy’s overseeing the reluctant birth of the American OSS. The battle is on to win the hearts and minds of the French Résistance leaving Eve committed to a life of covert activity that will lead her to face a truth she never thought possible, and dedicated to the ultimate survival of a complete stranger.

This intriguing historical drama following the life of one courageous woman and a defiantly brave young man, will take you back to a time, between world wars, of hedonistic Parisian pleasures and the following much darker days of invasion and despair.

A great standalone story that can also be read as the first part of a three book series. Book Two charts the continuing fortunes of Gaston Voclain and is titled: 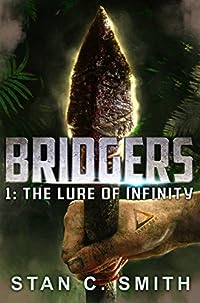 Some worlds are better left alone.

Infinity Fowler has been fighting all her life. As a child, she had to fight for survival. Then she fought professionally. But when humans obtained the technology to bridge to alternate versions of Earth, she saw a chance for a new life. She signed up to become a bridger — an elite fighter and survival expert who protects tourists bridging to alternate worlds.

Desmond Weaver is a tourist making a last-ditch effort to complete his PhD in evolutionary biology. He has booked the excursion of a lifetime, a data collection mission to a vastly different version of Earth. If he fails, his career will be over.

Infinity is Desmond’s assigned trainer and bridger. She is one of the best, willing to die protecting tourists. And also willing to kill. When it’s time to bridge, Desmond and his two college roommates feel well prepared.

But they aren’t. Naked and weaponless, on an extraordinary world teeming with lethal predators, the team becomes entangled in a life-and-death struggle more terrifying than anything they could ever have imagined. 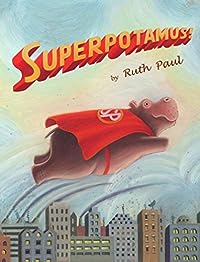 Superpotamus leaps to the rescue, but always lands in trouble – until, one day, he discovers his true mission is to clean up the river.