Sometimes I just want to eat a whole cake by myself on the couch, with mycat Sinny staring at me in a judgmental way. The only reason I want him to judge me is so I don’t have to bother feeling guilty myself. Less work I have to do while I eat the cake. UGH!! So much work to be so judgy judgy, let a pro do it. Cats are pros. 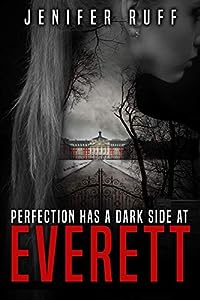 At Everett College, perfection has a DARK side…

Beautiful and brilliant Brooke, a transfer student with a mysterious past, aims to graduate first in her class at Everett and attend medical school. Her classmates and professors are captivated by her achievements and appearance. Only Jessica, a wealthy socialite fueled by prescription pills and a huge case of snobbery, senses there’s something not quite right about the perfect student. What happens during a historic blizzard will settle their differences once and for all. 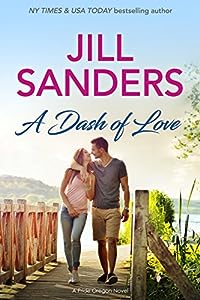 A Dash of Love (Pride Oregon Book 1)
by Jill Sanders

Head back to Pride Oregon to find out what some of your favorite Jill Sanders’ characters are up to.

Sara Jordan has finally been given the chance to run The Golden Oar, a restaurant that’s been in her family for generations. But the sexy know-it-all carpenter that her uncle hired to make some changes, keeps getting in her way. She’ll have to use all her skills just to prove that she’s up to the task.

Parker was hired to bring new life to the old building, but he hadn’t expected sparks to fly from the owner’s niece. As a series of mysterious accidents start to plague the job site, he finds himself working one-on-one with the temptress to avoid losing everything. 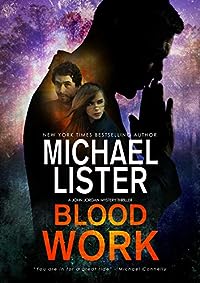 Did Ted Bundy kill Janet Leigh Lester before he was captured?

If so, where did he hide her body? If not, who did and where are her remains?

Was America’s most notorious serial killer, Ted Bundy, responsible for the Broken Heart Murder? If not, who was, and can John Jordan figure it out and redeem his childhood hero?

John’s dad is still haunted by a murder he couldn’t solve four decades ago.

On the same weekend Janet Leigh Lester was crowned Miss Valentine at the pageant and Queen at the Sweethearts dance, she disappeared, her car found in an empty field, its interior covered in blood.

The case is decades cold now, but a new clock is ticking and John Jordan has one last chance to get it right. With no jurisdiction, no support, and no real hope of solving such an old, cold case, John isn’t taking no for an answer.

Can John do what his father was unable to? Find out in this thrilling, fast-paced stand-along mystery. Get Blood Work today and find out. 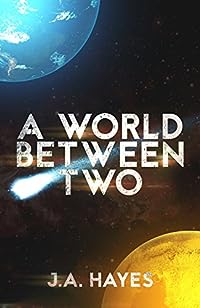 A World Between Two
by J.A. Hayes

During a routine night on her job as a war decimation prevention specialist, Phoenix Selters receives an alarming ultimatum from an extraterrestrial–leave Earth or face the destruction of the entire solar system.

Volkriin, a member of an alien race, sends the transmission to her during Earth’s third World War in 2114. To make matters worse, another alien race also contacts her. The difficult choice she faces could change the fate of the entire universe.

“A World Between Two” chronicles her last days on Earth before her extrasolar voyage as she wrestles with her options. At the same time, she must keep her encounters hidden from those closest to her.

She leaves Earth with her chosen alien ally, journeying into another continuum, all the while hoping to return home safely. What she ultimately discovers beyond all she has ever known holds true for the rest of us as well. 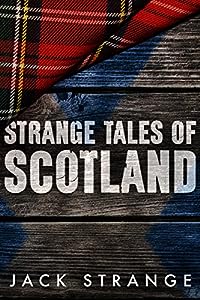 Strange Tales of Scotland all deal with a particular aspect of Scottish mysteries.

You’ll learn of the ghost that appeared at the wedding of King Alexander II, and of monsters such as the Shellycoat and Water-horse that were thought to inhabit Scotland’s lochs.

Another part deals exclusively with Loch Ness, and the strange happenings at that mysterious body of water. Later, we have a look at the mysterious deaths at the Flannan Islands Lighthouse, and at the strange creatures that were once believed to infest the hills and glens of Scotland, including the terrifying brollachan and the slaugh.

Tales of Mermaids and Fin-men are unearthed, as are terrible stories of Scotland’s caves, including human sacrifice at Moray’s Sculptor’s Cave. The legends of Roslin Chapel and its nearby castle are examined, with the possible connection to the Knights Templar.

Finally, we have a look at the legend of the phantom armies of Scotland; soldiers who refuse to fade away even centuries after their wars have been fought, and their causes faded in history.

Welcome to the Strange Tales of Scotland.