Swept Up In The Tides 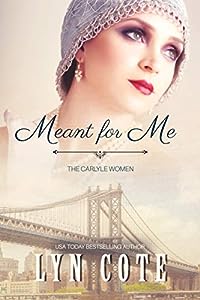 Meant for Me (The Carlyle Women Book 1)
by Lyn Cote

Born at Carlyle Place, the plantation her family has held for over two hundred years, Chloe Kimball was raised to be the perfect Southern lady. Still, she resists being the prize that her parents — an ambitious society maven and an equally ambitious politician — war to control. Surprising even herself, she breaks free. America has just entered the First World War and Chloe learns how to make her own way in 1917 New York City–a place nothing like home.

Soon Chloe is swept up in the heady tides of change in the young 20th century. The NAACP moves forward in the midst of race riots, women’s fight to gain the vote is at its peak. Chloe becomes the independent woman she never thought possible. But then the unexpected forces her to return home. Yet even in the South, the 1920’s are roaring with flappers, speak-easies and the Charleston, and for a time Chloe loses her way–a reluctant member of the “Lost Generation” in postwar America.

She loved one man and lost him and now is pursued by another but will she ever be able to connect with the one she hopes could help her make sense of her life? As she recalls the woman she once was, she strives to become the woman she wants to be. Will she succeed?

The Carlyle Women-four generations, each facing the challenges of her time and each harboring her own painful secret. 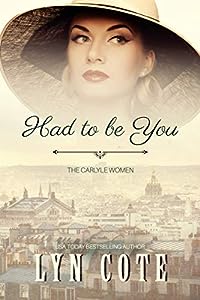 Coming of age in the deep Depression, Chloe’s daughter, Bette faces a troubled world. Her mother and father have taken in Gretel, a Jewish girl her same age sent by her family from Nazi Germany. In the KKK South this is met with animosity. As she finishes high school, Bette falls in love with a young man who applauds her family’s decision. The two become informally engaged and Bette dreams of a future as a wife and mother with him, clipping recipes and living the quiet life.

But Hitler and others who seek world domination interfere with her plans. As her fiance attends college in Georgetown, she works as a secretary in the War Department. And that job leads her into the murky world of espionage. The US, Canada and England have banded together to foil German spies working to gain American military secrets. Bette never considered being a spy even in her wildest dreams. But she will do anything to stop these enemies, those who are persecuting Gretel’s family. But after swearing an oath, she can tell no on–not even the man she loves.

The Japanese bomb Pearl Harbor. War crashes over them all and again Bette and her love are separated. Another man has entered her life, one who works with her to foil Hitler. A man she resists but who won’t take no for an answer. When the war ends, which will she choose–the young man she fell in love with as a girl or the man who taught her how to be a spy?
The Carlyle Women-four generations, each facing the challenges of her time and each harboring her own painful secret. 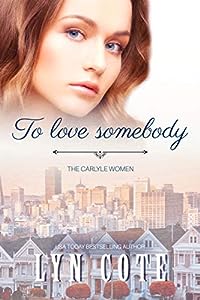 To Love Somebody (The Carlyle Women Book 3)
by Lyn Cote

A child of the sixties, Leigh Sinclair always knows what she wants. So why does her mother Bette always try to hold her back? Leigh senses there must be something behind her mother’s inclination to overprotect her. But her mother will not let go and it builds a wall between them.

When Dr. Martin Luther King, Jr, sets in motion his March on Washington in 1963, no one least of all, Leigh, could have predicted how this would impact her life especially when she meets handsome but forbidden Frank Dawson III.

Leigh faces all the challenges of the 1960’s, the Cold War, Vietnam, a turbulent time in the US and the world. With the change in women’s rights, she confronts so many new possibilities and choices her grandmother Chloe never faced. Falling for the wrong man brings her consequences she never envisioned. Falling in love with the right man proves heart-breaking too. Will she never get it right? Then one day the worst she could imagine happens. Who can help her make this come right? 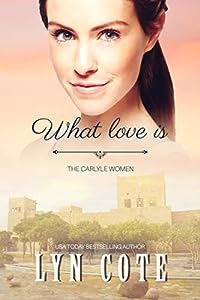 What Love Is (The Carlyle Women Book 4)
by Lyn Cote

A secret separates Leigh from her daughter Carly. After surviving a childhood trauma, Carly is driven to test herself, trying to be free of the past she doesn’t understand. Instead of going off to college at seventeen as expected, Carly does the completely unexpected. She enlists in the army. Her mother cannot reconcile her daughter’s choice with her own memories of the Vietnam era.

Arriving at bootcamp, Carly realizes that she will finally get the challenge she has always wanted–to prove to herself that she need be afraid no more. The end of the 1980’s brings another worldwide event that swallows Carly. As the battle lines form, Carly will face death and more–the revelations of the past. And in the end all four generations will confess their secrets and sins. Will they find forgiveness? Reconciliation? Or will their family shatter?