“Nightmare British Family Travels To New Zealand And The Whole Country Bands Together To Get Them Deported.” This headline for an article I saw online is all I need to start the weekend off right. It has travel, humor, and people coming together for the greater good. You don’t even need to read the article to truly enjoy it. Although it does make for a funny read. For the icing on the cake they have videos as well. So if you are going on a first date tonight or want to look cool at the water-cooler today at work, click here and read the article. It is well worth the five minutes out of your day. I am going to watch the video of the little boy yelling at someone again. It’s funny because he’s not my kid. 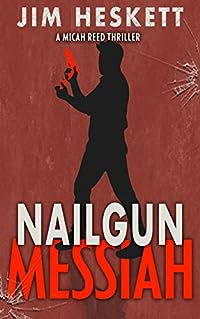 A devoted cult member. An unforgiving leader. One man’s last chance to save his sister…

Micah Reed has a price on his head. With a group of drug dealers threatening his family’s lives, he seeks refuge in a sleepy town and searches for his missing sister. He never expected that his sibling would fall in with a mysterious cult…

Careful not to anger the erratic commune leader Lilah, Micah searches for a way to get him and his sister out alive. As the woman in charge turns her terrifying attention toward him, he senses an even greater threat no one sees coming…

Can Micah save his sister and stop the cult before the town is painted with their blood?

Nailgun Messiah is the first book in the Micah Reed series, a set of edge-of-your-seat thrillers. If you like suspenseful tension, chilling villains, and complex heroes, then you’ll love Jim Heskett’s dark creation.

Get Nailgun Messiah to survive a devious plot today. 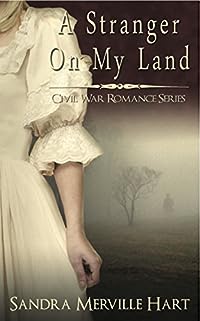 Inspirational Reader’s Choice Award Finalist
Carrie and her little brother, Jay, find a wounded soldier on their land after a battle which later became known as “The Battle Above the Clouds.” Adam, a Union soldier, has been shot twice in the arm. Though Carrie is reluctant to take Adam to their cave where her family hides their livestock from both armies, she cannot turn her back on him.

But her Aunt Lavinia, bitter over what Yankees have done to their land, urges Carrie to allow Adam to die. Carrie refuses, but cannot remove the bullets. Adam’s friendship with Jay softens her heart toward him. It’s not long until his gratitude and teasing manner spark a friendship between the young couple. Even though Carrie’s father fights for the Confederacy in far-off Virginia, her feelings for the handsome young soldier begin to blossom into love.

When Adam’s condition worsens, Carrie knows a Union surgeon is needed to save his life. But how can she save him and keep her family safe from Yankee forces?

Written for the General Market (G) (I): Contains little or no; sexual dialogue or situations, violence, or strong language. May also contain some content of an inspirational/religious nature. Similar romance novels in this genre may be categorized as: christian romance, inspirational romance, christian fiction, and clean, wholesome romance. 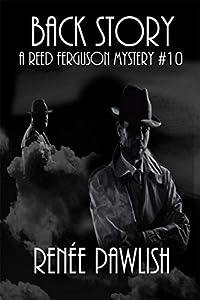 The past and the present collide with stunning results in the tenth installment of the Reed Ferguson mystery series.

When Brad Webb asks me to look into the decades-old murder of his grandfather, Dewey Webb, I don’t see much promise of solving the case. Dewey was a Denver-based private detective who died mysteriously in 1955, but the police never found the killer. The trail is completely cold after seventy years — what hope do I have of finding the killer now?

Despite my doubts, I’m intrigued and launch my own investigation. I quickly find myself drawn into both the underworld and the elite society of 1950s Denver, where I soon realize Dewey discovered secrets someone still desperately wants to keep hidden decades later… even if it means resorting to murder.

Can I piece together clues spanning seventy years to find a killer, or will Dewey’s deadly past return to destroy me? 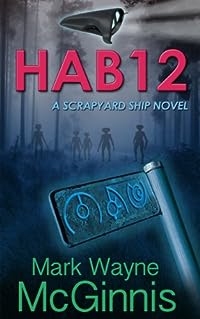 “Buckle up–this is another crazy ride!”

The Scrapyard Ship sci-fi “cliff-hanger” adventures continue with HAB 12, the second book in the series:

Captain Jason Reynolds faces new challenges, not only on Earth but from the far side of the universe as well. The only way to stop the Craing this time will be to square off with them on their home turf.

Jason’s been informed that three powerful Craing warships, having similar technology as The Lilly, will soon be en route to Earth. The Alliance must destroy the Craing’s wormhole means of distant space travel to avert Earth’s total annihilation. Unfortunately, there’s no way to reach the Craing worlds in time, at least not through conventional means.

It’s up to Jason and his hand-picked assault team to traverse, by advanced phase-shifting means, through the hazardous environment of HAB 12. This is an adventure fraught with carnivores of a Jurassic Age magnitude, and a terrain so deadly that turning back may be their only hope of survival.

Note from the author:
Don’t be surprised by cliff-hanger endings. I’ll do my best to keep Scrapyard Ship as well as the Tapped In series books coming so you wont have long to wait for the next book. Enjoy! 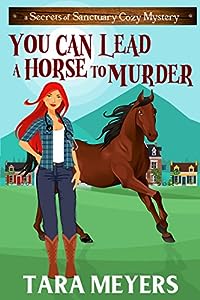 There’s a killer in Sanctuary, and the prime suspect is a horse!

Spirited Ember Burns is led back home to open her own veterinary practice, and her first client lands her in the middle of a murder mystery. When the evidence points to the horse as the cause of death, she vows to protect him.

But horses don’t talk and neither do the dead, so Ember has to rely on her intelligence and instinct to get to the truth. A truth buried under layers of small-town secrets. Some that are big enough to get you killed.

Battling a reluctant Sheriff and pushy Mayor, Ember struggles to get her business off the ground while digging deeper. Why would anyone want to kill the local farrier? And who was plotting to stop her? As the town gears up for its centennial celebration, Ember is led from local ranches to the surrounding mountains in her quest. Can she unveil the true culprit before they get away with murder?