Is That A Shark?

I GOT A POOL!!! OH MY GOODNESS!!! I had no idea that when I started the huge project of redoing the backyard that I would end up getting a pool overnight. Okay, it’s not so much a pool as four kiddie pools. Kiddie pools that look like the kids all had some sort of sickness. You know what I mean? ew.. It’s been raining so hard the backyard is completely flooded. I will soon find fish and frogs making themselves at home. If a crane stops by or a family of ducks land in one of the four very deep pools, I would not be surprised. Doesn’t Mother Nature understand that I have some gardening to do? I only have 54 more days until Easter. Hubby thinks the rain is going to stop us from gardening this weekend. Poor guy. I actually like gardening in the rain. Not in pools of gross muddy grossness, but I have rain boots that go up to my knees, and the water right now only goes up to my ankles. See? Not so bad, right? Although I do have an irrational fear of sharks even in small bodies of water. That’s kinda inconvenient. Baby Shark…DOO DOO DOO DOO DA DOO DOO….sorry. 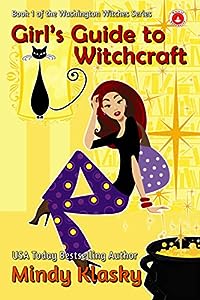 A librarian discovers she’s a witch!

Jane Madison has a problem. Or two. Or three.

She has a desperate crush on a man who doesn’t know she exists. Her doting grandmother insists she meet her long-absent mother. She’s working as a librarian, trapped in absurd costumes and serving up lattes in a last-ditch effort to keep her employer solvent.

In lieu of a well-deserved raise, Jane is allowed to live in an ancient cottage on the library grounds. She soon discovers a hidden chamber filled with magical books that awaken her inner witch.

Will magic solve Jane’s problems? Or only bring her more disasters? 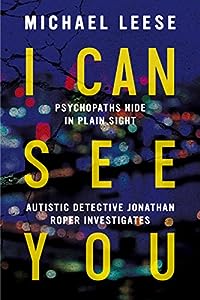 I Can See You: British Detective (Jonathan Roper Investigates Book 2)
by Michael Leese

SOMEONE WANTS JONATHAN ROPER DEAD.
His would-be-killer is desperate to spend some quality time with Scotland Yard’s brightest young star. He tries to grab Roper’s attention with some gory messages but no-one is noticing and now he’s getting angry.
Roper owes his detective skills to an astonishing memory, and attention to detail that allows him to spot links other people miss. But his autism makes things complicated. He doesn’t mean to be difficult, but his lack of social skills make him a hard man to like. Detective Chief Inspector Brian Hooley is the one man who “gets” him… even though the DCI needs to withstand a barrage of bracingly direct observations that many would see as insults. This forms the back-drop for some laugh out loud moments as the tension mounts in this gripping crime thriller. 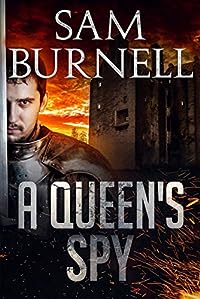 Meet Richard Fitzwarren – A mercenary with a dubious past, questionable morals but unswerving loyalties.

Two Queen’s, Two Brothers… and a secret that unites them all
The Fitzwarren brothers share no great love for each other, but disinherited, hunted for treason, wanted for murder, circumstance and opportunity lead them into the shadowy world of Royal Court intrigue. Caught up between two sisters in a battle for an uneasy crown, the Fitzwarren brothers grudgingly find their survival and fortune depends on each other.

Jack Fitzwarren, Richard’s displaced bastard brother, seeks a place at his brother’s side. Impulsive and hot headed, his attempts to gain his brother’s acceptance and approval often end badly. Finally they are brought head to head when Richard tries to foil a plot against Elizabeth I.

Can Jack murder his brother to save a woman he’s never met?

Will Richard accept his fate and fight? Or will he run?

As Tudor England erupts following the death of Edward VI, can one young spy protect his queen? International bestselling author Sam Burnell takes us deep into the treacherous world of powerful monarchs, intrigue, murder, and treason with this magnificent new epic, A Queen’s Spy.

Richard Fitzwarren, caught in the middle of a cruel family feud, wants nothing more than to make his own way in the world. A childhood friend of the Princess Elizabeth, he cannot forget his loyalty in her time of need. Pressured by her sister, Mary, Elizabeth’s continued existence remains precarious throughout her reign. The divide between Catholic Mary and Anne Boleyn’s Protestant daughter Elizabeth is a deep one. 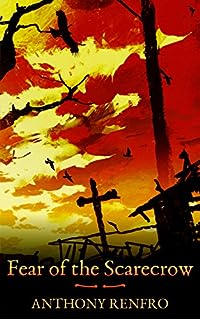 Fear of the Scarecrow
by Anthony Renfro

Dare to enter the cornfield.

This short story is about a desperate man hungry for revenge seeking justice. Sometimes justice comes with a price.

Five college students on Halloween night set out to discover the secrets of the town’s most infamous haunted house. Will these students live to see the morning or will this house claim five more victims?

A monster stalks the city of Tampa Bay. This monster is only attacking women taking only the one thing it needs. Tim Roberts, a detective, is hot on this monster’s trail. Will he catch this monster in time or will this monster feed until it has its fill? Be careful Tim, this monster has a secret yet to be revealed. 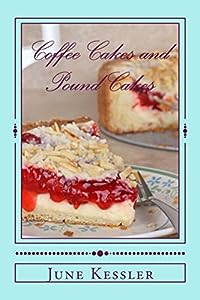 In this book you will find a collection of our favorite Coffee and Pound cakes, from simple spices nuts and fresh fruits or as different as Rose-Geranium Pound Cake. Also a few of my Grand children’s favorite Dessert Cakes.

You’ll find the most unique and interesting Recipes for breakfast and brunch!

Delicious coffee and pound cake recipes, with a rich crumble topping, or fruit filled, that taste great as a morning treat or an afternoon snack, or even dessert.

Coffee cakes quick and easy to make and bake up into a nice hot sweet treat, enjoy at their best piping hot right out of the oven.