Author Kyle Alexander Romines has done it again! Drone is a ruthless roller coaster ride of imagination and suspense. Grab your copy today and get ready for the ride of your life! Enjoy! 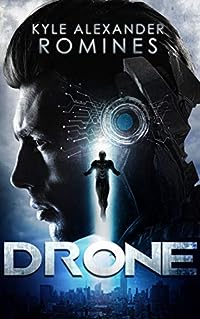 After the emergence of the destructive, godlike Titans, the world is more dangerous than ever.

When drone pilot David Hunter is recruited to join a top-secret military program, he learns the government has captured the Titan Prometheus. Once considered a hero by many, Prometheus is now an empty shell, retrofitted with technology to serve as a new kind of drone–and it’s David’s task to use the Titan’s powers on the government’s behalf.

David has his own reasons to distrust Titans, but when he discovers some vestiges of Prometheus’ consciousness remain, it sets in motion a course of events that will cause him to learn what it means to be a hero.