Don’t Be So Quick

This fun little quote I found pretty much sums up my marriage with my hubby. “In case you’re wondering what marriage is like, my husband and I just fought over the fact that he wouldn’t tell me where he hid the candy I asked him to hide from me.” This is so spot on. The worst fight my hubby and I ever had was early on in our relationship. He did something I didn’t like (I can’t even remember what) so I hid his roommates Nestle Quick chocolate milk mix. It wasn’t even my hubby’s Quick, it was his roommates, but I know he had been sneaking some when people weren’t looking. There was yelling and screaming and a roommate on the couch laughing his tushy off that we could get so mad over HIS chocolate milk mix. It ended when hubby called me a name, and I burst out crying. Lets just say I never hid the Quick again, and 18 years later he has never called me a bad name. The roommate still laughs about that fight. 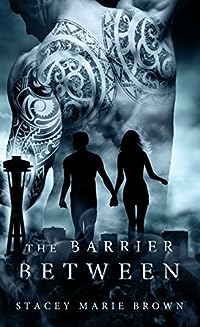 The Barrier Between (Collector Series Book 2)
by Stacey Marie Brown

Zoey’s life has taken a dramatic turn. Only a few months ago she was a Collector working for the a secret part of the government called the Department of Molecular Genetics (DMG), tracking and collecting fae. Her life had been changing and improving with a partner she loved and a sister she adored.

Now all that is gone — Daniel murdered by a fae, and Lexi killed when the Seattle area is devastated by a powerful, magical electrical storm. Zoey herself is altered by her association with the Wanderer, Ryker, in life-changing way.

Zoey discovered she was an experiment from the very company she worked for. She could die at any moment of a threatening defect — taking Ryker’s magic with her.

In a race against time, Ryker and Zoey set out to find a way to transfer his powers back before it’s too late. Their journey takes them to the rainforests of South America, dealing with those who are after something Ryker possesses and who will stop at nothing to obtain it for themselves.

What Zoey and Ryker discover can destroy them or tear them a part for good. 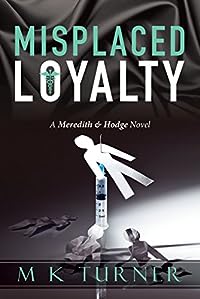 When it seems that all is lost, and you have no hope, you need someone to look after your best interests – be careful – Misplaced Loyalty can prove fatal.

Detective Patsy Hodge has left her old life behind to start a new job with Bristol CID. She attends a suspicious death with her new boss: straight talking, no nonsense, Detective Inspector John Meredith. Within days the body count begins to rise, as victims, old and new, are discovered to have died by lethal injection. Assisted suicide or euthanasia? Meredith calls it murder.

There is an attraction between the two detectives, who circle each other, but both Meredith and Hodge are carrying an enormous amount of emotional baggage, and soon their pasts threaten to overwhelm their future.

As the investigation gathers pace, tension mounts within the team, and someone takes an unhealthy interest in Patsy, threatening her life, and she no longer knows who to trust. 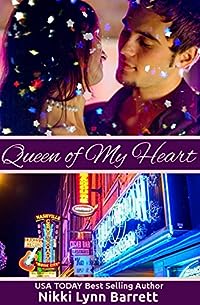 When the next King of country music offers to take you under his wing, what’s a girl to do?

Pinch herself, of course. Repeatedly. Then take the offer!

Quinn Winters is tired of being the actress known for most killed off characters. After discovering her love of music when her last role portrayed a country singer on a daytime soap opera, she’s making a much needed change in life. Quinn is unprepared for the demands and expectations needed to succeed in Music City. One pleading call from her sister puts her in an all too familiar, but unwanted position.

Five years ago, Tucker McGinnis auditioned for a reality singing show, never expecting to win. His sudden fame and popularity comes as a major surprise. After a multi platinum debut, his second album is suffering the dreaded sophomore jinx. His musical muse becomes elusive when guilt plagues him over an accident which affects his family. He is blown away by Quinn when he overhears her audition at his record label, singing his most personal song.

An attraction builds, and a connection through music is formed. But when life gets in the way, Tucker makes another offer – A temporary marriage which will benefit both of them, until things become too real.

Two souls destined for the stage, two hearts blending together to create beautiful music as individuals, but even better as country music’s next power couple- if they can shed the images of who they used to be. 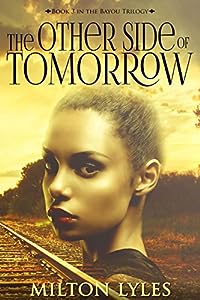 The Other Side of Tomorrow
by Milton Lyles

There are in every society, in virtually every family, secrets so toxic that they cannot be exposed.

Buddy Ryan lives in Lake Charles, Louisiana. It is that bleak period between World War I and World War II. The secrets he must unravel to determine who killed Jack Spivey, and why, are wrapped in the enigma of a South where land, timber, chemicals, and oil fortunes are being made at the cost of unmitigated human suffering.

Buddy resides on a single little street that manifests all the flaws of a social and political system built on lies. Sheriff Gilbow Brown trades the power of his office for political, financial, and sexual favors. Poley Breaux, Jack’s best friend and the keeper of his secret, is equal to Gilbow Brown’s level of violence, but bound by a code of honor that denies him the liberties that Gilbow freely takes.

Lilith Baines uses beauty and guile to manipulate men to her advantage, including Sheriff Brown, and two innocent little boys, the unintended products of her nefarious schemes.

Those two lost boys, Jackie Spivey and Jefferson Lee, were spawned from a web of intrigue and suffering, the result of Lilith’s pursuit of wealth and respect. Even the wisdom of Georgia Desha cannot save the boys.

Can Buddy Ryan unravel the secrets of Lake Charles, and reach the other side of tomorrow? 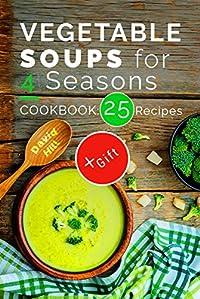 Making homemade soup recipes is easier than you may think. In our Vegetable soup cookbook, we’ve selected the best soups and stew recipes that are easy to make, delicious and are great year-round.

This book lets you explore an incredible collection of 25 vegetable soups that you can enjoy at home across the seasons, be it fall, winter, summer or spring. Kids are fond of yummy vegetable soups and the book includes a dedicated section on lip smacking, nutritious vegetable soups for your little eaters. Each soup for children is simple to make, healthy and comforting. These soups make it easy to eat children’s veggie and stay healthy.

Whether it is cold outside and you need something to warm your bones or it is hot and you need to keep you cool in summer, here you will find your favorite seasons soup:

The spirit of spring soups

The health benefits offered by vegetable soups are enormous.The ingredients for each are varied, but all are healthy and nourishing.

So follow our healthy soup recipes because of they:

· Ensure adequate hydration by being rich in water content

· Are the powerhouse of minerals, proteins, vitamins and other essential nutrients

· Keep control over your waistline. Being extremely low in calories, they act as our body’s weight watcher.

This cookbook consists of the heartiest collection of different kinds of soup for each season that the readers can easily prepare at home and enjoy their favorite seasonal vegetables.All soups are super easy to make and very satisfying. Buy it now and surprise your family with tasty and healthy meals. Have a nice soup time ahead!