Smart, and witty, the Leah Nash Mysteries feature reporter Leah Nash, a strong female lead that would kill for a good story–but will she die for one? This fast-paced series is filled with plenty of twists and turns that will keep you reading well past your bedtime. Each book is a stand-alone mystery, so readers can start anywhere, but the characters and relationships change and grow as the series progresses. Enjoy! 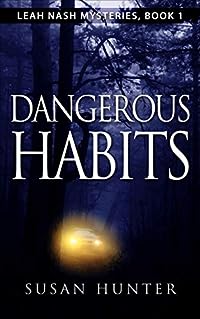 Reporter Leah Nash would kill for a good story–but will she die for one?

Leah Nash returns to her Wisconsin hometown after 10 years away — unfortunately, not in triumph. She says she quit her position at a regional daily in Miami. Her ex-boss says she was fired. Either way, she’s out of a job. So, she accepts a temporary position at the weekly paper where she started. At least the slower pace will give her time to work on rehabbing her career. She thinks.

Then a nun from a school for troubled kids dies in a strange accident, leaving behind a cryptic message. Leah’s younger sister died at the same school years earlier, also under mysterious circumstances. Sparked by the nun’s note and her own sense of guilt over her sister’s death, Leah investigates. Soon she’s uncovered a small-town scandal, a murder, and a story that could be her comeback. She’s determined to expose the truth. The problem is, someone else is equally determined to keep it buried. Leah’s always maintained that she’d kill for a good story. But will she die for one instead?

Dangerous Habits is the first standalone book in the Leah Nash series of complex, fast-paced murder mysteries. If you like quick-witted dialogue, daring female characters, and plots with lots of twists and turns, then you’ll love Susan Hunter’s riveting debut novel. 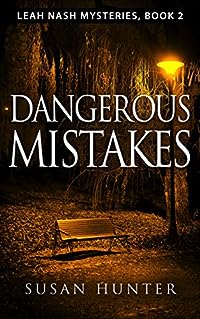 A twisty small-town mystery — with a killer ending. Reporter Leah Nash has a plan. She’s rebooting her career with a true-crime book. Until it’s published, she’s trying to keep her head down under the icy glare of her new boss at the Himmel Times Weekly. Then a local surgeon commits suicide–though his daughter insists it was murder. No one believes her — not the police, the district attorney, or even her own brother. She asks Leah to investigate.

Hard-headed Leah has a soft spot for underdogs. She agrees to check a few things out. But the farther she follows the leads, the less things add up. Soon she’s at odds with her boss, her best friend, and the Sheriff’s Department. When her prime suspect becomes the next victim, Leah realizes that she’s hunting a cunning killer who has no intention of stopping. But then, neither does Leah.

Dangerous Mistakes is the second standalone book in the Leah Nash series of complex, action-packed murder mysteries. If you like determined heroines, unexpected twists and turns, and a rich cast of supporting characters, then you’ll love Susan Hunter’s page-turning tale. 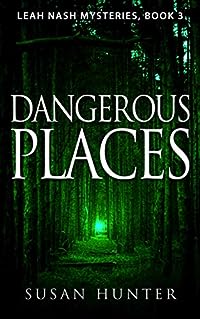 When teenager Heather Young disappeared from the small town of Himmel, Wisconsin everyone believed her boyfriend Eric had killed her — though her body was never found. Twenty years later, Eric’s little sister Sammy returns to town. She begs her childhood friend Leah Nash to prove her brother isn’t a murderer.

But Sammy has no new evidence, and her brother doesn’t want Leah’s help. Leah says no — but she can’t help feeling guilty about it. That feeling gets much worse when Sammy is killed in a suspicious car accident. It’s then that the independent, irreverent, unstoppable Leah takes up her cause. The investigation takes Leah to some dark and dangerous places and leads to a shocking truth that changes her life forever.

Dangerous Places is the third standalone book in the Leah Nash series of complex, action-packed murder mysteries. If you like strong female sleuths, unexpected twists and turns, and a rich cast of supporting characters, then you’ll love this fast-paced mystery from Susan Hunter. 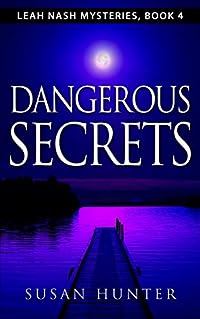 Online dating can be murder…

A website that matches sugar daddies with college-age sugar babies is a major moneymaker for the woman who created it. Until a blackmail scandal erupts and the owner winds up murdered — in the home of Himmel Times reporter Miguel Santos. Miguel has no connection to the victim — but it turns out a close family member does. When his uncle is arrested for murder, Miguel turns to crime writer Leah Nash for help. She soon learns that the owner of the site had links to several residents of small-town Himmel, Wisconsin, with secrets to hide.

Leah finds plenty of leads — and alienates a few people as she investigates — but she can’t see the pattern that weaves them all together. Until an unexpected second murder and an equally unexpected ally give her a flash of insight. When the clues finally fall into place, Leah uses all her courage and quick-thinking in a tense climax that reveals that she’s been keeping a few things secret from herself.

Dangerous Secrets is the fourth stand-alone book in the Leah Nash series of complex, action-packed murder mysteries. If you like plots with plenty of twists and turns, a familiar cast of supporting characters, quick-witted dialogue, and a strong female lead, you’ll enjoy this fast-paced mystery. 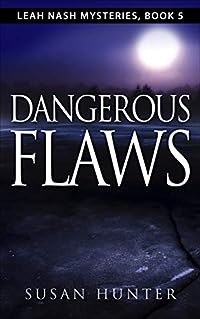 True crime writer Leah Nash is stunned when police investigating the murder of a beautiful young college professor focus on her ex-husband Nick. Leah has no illusions about her ex, but despite his flaws, she just can’t see him as a killer. Reluctantly, she agrees to help Nick’s attorney prove that he isn’t.

But Nick’s lies make it hard to find the truth, and when a damning piece of evidence surfaces, Leah plunges into doubt. Is she defending an innocent man or helping a murderer escape? She pushes on to find out, uncovering hidden motives and getting hit by twists she never saw coming. Leah’s own flaws impede her search for the truth. When she finds it, will it be too late to prevent a devastating confrontation?

Dangerous Flaws is the fifth standalone book in the Leah Nash Mysteries series of complex, fast-paced murder mysteries. If you like razor-sharp dialogue, mind-bending twists and turns, and a dash of dry humor, then you’ll love Susan Hunter’s thrilling novel.