Tepid Coffee Tells Me When

I can’t even help myself. When I have something in the microwave cooking, I always take it out when the timer hits 1 second left. I can’t wait that one second? What is wrong with me? Right now I am annoyed because I see the microwave has a rolling message telling me to “Touch Start”. It currently has 4 seconds left on the timer. Apparently I really really couldn’t wait this time. I am sitting down though and I am not ready to get up and clear the four seconds. Why doesn’t it just automatically reset after a few minutes? I am not getting up again until I need to reheat my coffee for the third time. I am going to ignore it. I think I can actually hear it telling me to touch start. (sipping tepid coffee) Not quite yet Mr. Microwave. 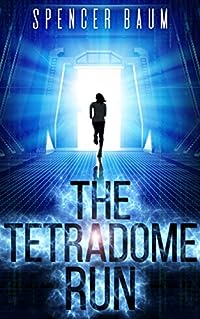 The Tetradome Run
by Spencer Baum

When the crime wave peaked in the early 70s, and Nixon signed the Redemption Act, no one bothered to imagine what public execution might look like fifty years in the future.

No one imagined that The Tetradome Run would become the most popular show in America.

This year’s show puts convicted felons in a race with genetically engineered monstrous creations. Murderers, rapists, terrorists, and thieves–they all will take their place at the starting line, and the most notorious among them is Jenna Duvall, the college student who shot a Senator.

Jenna swears she’s innocent, and as she runs for her life in the Tetradome, a small-town journalist uncovers a shocking counter-narrative that suggests there is more to Jenna’s story than anyone knows.

A mashup of dystopian thriller and riveting psychological suspense, The Tetradome Run is a novel that doesn’t need to look far into the future to find a world gone wrong. Instead, it looks at America right here, right now, and dares the reader to ask a provocative question: What if we already live in dystopia? 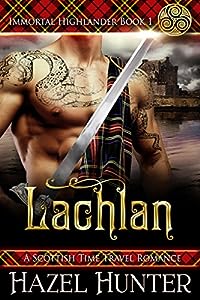 In a place she doesn’t belong, in a time that is not her own, a shattered woman risks everything for the one thing she’s never had — love.

When Kinley Chandler abruptly lands in medieval Scotland, there isn’t much she’s leaving behind. With her body shattered and her military career over, Kinley has resigned herself to death. But in the past, all that changes.

Lachlan McDonnel, the laird of a clan of immortal highlanders, can hardly believe his good fortune. Not only does the mysterious lass save his life, she awakens his heart in a way he’d thought no longer possible.

But the druid spells that allow Lachlan’s clan to live forever have a dark side as well. He and his men know all too well that the magic folk never give without taking. Though he is sworn to protect them from the dreaded undead, the price of his loyalty may finally be too high.

Lachlan is the first book in the Immortal Highlander series. If you love brawny heroes, a mystical world, and a heroine with courage, then you’ll love this sizzling series. Join the romantic realm of the Immortal Highlanders by picking up a copy of this book today. Mature readers comfortable with dark themes only please. 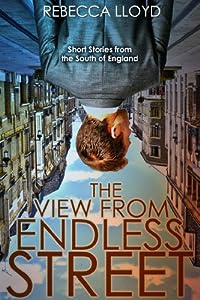 The View from Endless Street: Short Stories from the South of England
by Rebecca Lloyd

With this collection of short stories set in the south of England and beyond, Rebecca Lloyd explores relationships and the brave or foolish things they can make people do. These stories about murder and ghosts, delusion and desperation, obsession and arson, show readers a sometimes sweet, sometimes macabre vision of humanity.

Rebecca Lloyd channels Roald Dahl’s wit and flair for the unexpected in this collection that will appeal to the quirky side of the literary reader. 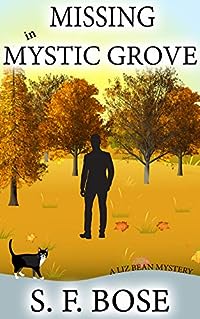 Can Liz Bean, a young, female protagonist and Sam Nolan, a private investigator, solve not one but two mysteries at the Bean Family Bed and Breakfast and save the family business? Or will it all go terribly wrong? 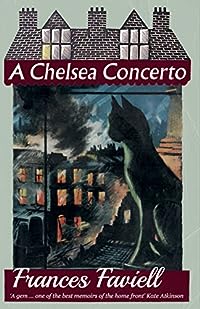 A Chelsea Concerto
by Frances Faviell

‘Take off your coat,’ said the doctor. I took it off. ‘And your dress,’ he said. ‘It’s too dangerous – the folds may catch in the debris and bring the whole thing down.’ I took off the dress. ‘Fine,’ he said shortly. ‘It’ll have to be head first. We’ll hold your thighs. Go down and see if it’s possible to give an injection. Can you grip the torch with your teeth?’

Frances Faviell lived in Chelsea before and during the London Blitz, having became a Red Cross volunteer when World War II began. Chelsea was particularly heavily bombed and the author was often in the heart of the action, witnessing or involved in fascinating and horrific events through 1940 and 1941. Her memoir evokes an unforgettable cast, Londoners and refugees alike, caught up together in extraordinary and dangerous times – not forgetting the ‘Green Cat’, a Chinese statuette, standing on the author’s window sill as the home’s talismanic protector.

Frances Faviell’s memoir is powerful in its blend of humour, tenderness and horror, including the most haunting ending of any wartime memoir. A Chelsea Concerto is reprinted now for the first time since 1959, with a new introduction by Virginia Nicholson.

‘Irresistible reading. There could be no more graphic account of what one first-aid worker and her small party witnessed and did during the London Blitz… while characters are sketched in with a novelist’s art, the impression left is one of stark truth.’ Birmingham Post