I think I missed the memo about it being time to grow up. When I was a child I thought for sure I would be a grownup by the time I hit my thirties. I would know everything and be serious. I am well past my thirties and last night I spent a good forty five minutes putting a squid legs wall decal on my living room wall. I have two more to go. I was giggling so much at it I bought two jellyfish decals to go with it. If I was a grownup I would have just gone out and bought a framed print of a beautiful sunset or a bouquet of flowers. Again, I did not get the memo about growing up. I also ordered honeybee wall decals. I don’t know where I am putting those yet, but I’m sure it will look adorbs! 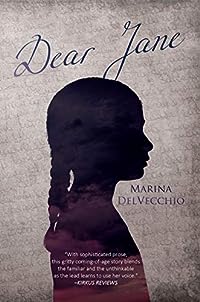 “With sophisticated prose, this gritty coming-of-age story blends the familiar and the unthinkable as the lead learns to use her voice.” -KIRKUS REVIEWS

Kit Kat was born in Athens, Greece. Her mother was a prostitute, and their protector was a pimp. After an early childhood marked by violence, homelessness, and time in an orphanage, a Greek-American woman adopted her and moved her to New York. Kit Kat was eight years old, with a new name, a new country, and a new mother who tried to silence her memories and experiences. She sought refuge in books, and after a failed suicide attempt at the age of thirteen, she discovered Charlotte Brontë’s Jane Eyre. This book saved her life, and at fifteen, Kit Kat begins to write letters to Jane Eyre as a means of surviving a childhood she still remembers, the family she left behind, and the new mother that refuses to acknowledge her past.

Kit Kat’s letters to Jane Eyre demonstrate the resilience and power that she derives from Jane’s own dark narrative and the parallels between their lives that include being neglected, unloved, poor, orphaned, and almost destroyed by the madwoman in their lives. This coming of age and semi-autobiographical novel is about family, loss, forgiveness, and the power of a good book. 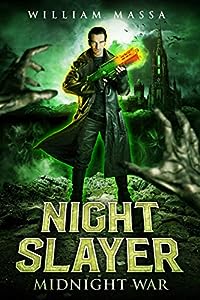 FROM COP TO DEMON HUNTER.

My Name is Jason Night. I’m a SWAT Team Commander and former Marine. I’ve experienced a lot of crazy shit in my life, and I don’t scare easily. At least not until today. After seeing my whole team get wiped out by a succubus and nearly dying myself, I’ve been recruited by a mysterious sorceress to become a soldier in a new war.

A WAR AGAINST MAGIC AND MONSTERS.

An evil web of darkness threatens our world, a global network of black wizards and creatures of the night known as the Cabal. They are everywhere and nowhere. Controlling our society from the shadows. Leading us toward the apocalypse.

THE TIME HAS COME TO FIGHT BACK.

I faced terrorists abroad, battled criminals in the rough streets of Los Angeles, but nothing prepared me for the next chapter in my life. I have to master magic and spells, battle vampires and shifters, warlocks and witches, demons and ghosts. And resist the charms of monsters as seductive as they are deadly. One thing is for sure — the future won’t be boring. 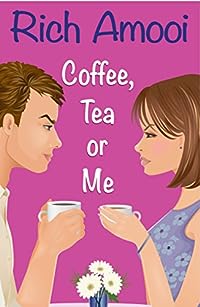 Coffee, Tea or Me
by Rich Amooi

Susie opens a tea shop next to Jack’s coffee shop and the war begins.

Jack Robbins has a booming coffee business, an eighty-year old customer who can’t keep his clothes on, and a rescue Chihuahua named Chimichanga that likes to kiss on the mouth. Life is good until the new business next door takes a bite out of his sales.

Susie McKenna has the new tea shop everyone is talking about, an over-protective brother, and a stubborn, good-looking neighbor who is trying to steal her customers.

Things really start to percolate when Jack and Susie both volunteer to help plan the downtown festival. They have to work together and soon Jack won’t be able to get by without his daily fix of Susie. But can a coffee lover and a tea devotee put their competition aside to get their happily ever after? 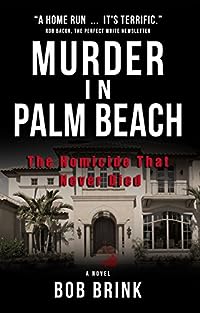 The doorbell rings in the home of a prominent Palm Beach citizen, quickly followed by a shotgun blast that shatters a window, cracking the calm of a cool January night. Rodger Kriger falls to the floor, mortally wounded, leaving a wife and six children.

Murder in Palm Beach: The Homicide That Never Died is closely based on a sensational, real murder that happened in the posh oceanside town in 1976. In the thin guise of fiction, the book contains shocking new information never before made public. Author Bob Brink, an award-winning journalist, was a newspaper reporter in the locale where the sensational assassination occurred. It made media headlines for 15 years.

An ambitious prosecutor pins the deed on Mitt Hecher, a hoodlum and karate expert. At Hecher’s trial, fellow jail inmates testify that he confessed. He is convicted and sentenced to the brutal and anarchic state prison at Raiford, where a stabbing a day and a killing a week are the “mean” average.

Was Hecher innocent, and if so, who did it? Did the sons of a wealthy Cuban kill Kriger? Were the operators of a gambling enterprise out to get him? Was a love triangle the basis for the shooting? Did a vicious underworld figure do the bidding of a criminal gang? Was a prominent politician behind the slaying? Those are the questions seeking answers amid the exploration of issues of justice and power.

Murder in Palm Beach is the saga of a battle between a man whose swagger has sent him spiraling to the bottom and powerful, sinister forces determined to keep him there. It is a story of redemption wrapped in a mystery tale reeking with power, sex, violence, and romance. 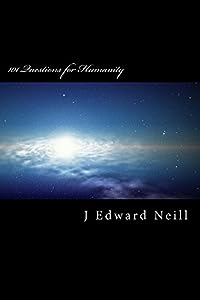 101 Questions for Humanity – The supreme coffee table book for armchair philosophers. Designed to provoke, question, and challenge. Crack the cover open during big parties, small gatherings, or lonely nights on the couch. Once you taste one question, you’ll want to devour them all.