This morning I couldn’t find my sweet little Junebug. I looked every where and it was freaking me out. After I searched the entire house twenty seven times, I discovered her curled up in her toy box in the living room. Darn little pup is so small I didn’t see her amongst her stuffies. She must have been watching me look for her the whole time. Would have been nice if she at least moved a little so I could find her. Kinda rude, but okay. 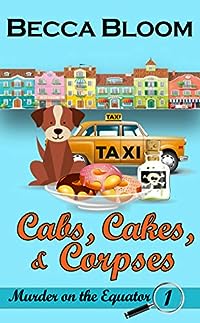 When one taxi ride changes everything.

Bookish Jessica James loves living vicariously through the characters she reads about in her favorite novels. But a surprise trip to an exotic country puts her smack dab in an adventure of her own when she forgets her backpack in a cab… and ends up in the middle of a murder investigation.

Caught between the crime scene’s evidence and a hard-nosed homicide detective holding her e-reader hostage, Jessica is forced into one catastrophe after another as she searches for the truth in her new surroundings. With the help of two elderly sisters (who are more troublesome than helpful), she’ll either catch a murderer or end up in jail.

Will Jessica survive her vacation? Or will she become the next victim?

Cabs, Cakes, and Corpses is the first novel in Becca Bloom’s Murder on the Equator cozy mystery series set in the charming, touristy town of Baños, Ecuador — where majestic waterfalls carve through the Andes Mountains and the balmy jungle breezes carry your worries away to the tune of salsa music.

In the unforgiving West, a lone Pinkerton detective is on the trail of two vicious killers.

When the daughter of a famous ex-general is kidnapped, Detective Simms is assigned to bring her home. Forged in the Mexican War, this man of steel knows how to survive, and how to kill. But he needs all of his skill and guile to survive this unforgiving land, and bring the general’s daughter home.

And then, it gets personal. 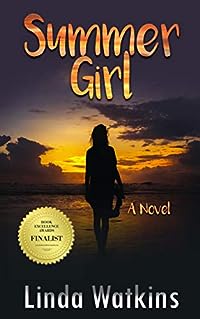 From award-winning USA Today Bestselling Author, Linda Watkins, comes a story of love, loss, survival, and, most of all, hope.

Andi Martin asks herself that question as she sits on the porch of the Sloane Cottage, her mind flooded with memories of the summer of ’65 and a boy, once loved, but never forgotten.

Jake Chambers is also on a collision course with the past as he returns to Cutter Island for the first time in more than a decade. And, as the ferry approaches the wharf, he finds his mind filled with thoughts of a summer long forgotten and a girl destined to haunt him forever. 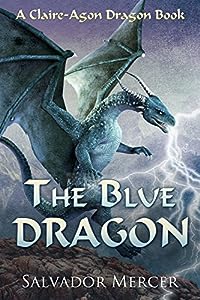 A thousand years ago, on the world of Claire-Agon, a war raged between men and dragons.

After an expedition of elite warriors kills an ancient nemesis, Seth the Sword Slayer, one of Agon’s most feared assassins, finds himself in the middle of a mysterious string of killings targeting the members of his elite group.

As the Kesh wizards call a conclave of Agon’s most powerful realms to Balax, the capital of Balaria, Seth attempts to set a trap and kill the rogue assassin in his homeland with the help of the governor’s troops, the thieves’ guild and his own assassin’s order. Seth must not only save his city from a new threat of destruction, but also navigate the politically deadly waters of high intrigue from the gathered realms.

Seth soon discovers that, in the world of Claire-Agon, when dealing with a Blue Dragon, sometimes appearances can be deceiving. 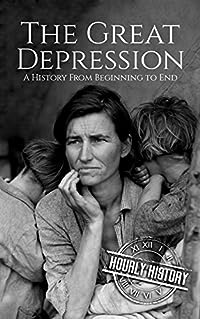 The Great Depression: A History From Beginning to End
by Hourly History

The Great Depression was one of the most trying eras in American history. All aspects of the United States were affected. After the stock market crash of 1929, the nation was thrust into a decade of turmoil and change — in government, the economy, and culture. Many of the changes brought about by the Great Depression remain today.