The windstorm last night was so intense I fully expected to wake up this morning to find my house had landed on some poor wicked witch. Junebug was definitely upset last night and this morning is exhausted from being on full alert. At first I wondered why the train was sounding so loud and for such a long time. It wasn’t until I could make out the sound of the shed rattling that I realized it was no train, but wind. I was imagining all those women out celebrating New Years Eve getting their hair completely destroyed after working so hard to get all fancied up for the parties. This morning the first thing I did was go out and survey the damage. Thankfully all was fine and no witches were harmed. Happy New Year Everyone! 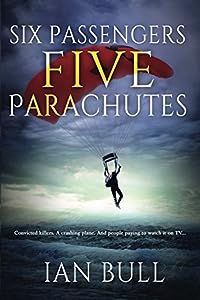 It’s a race from Los Angeles to San Francisco to Hong Kong to Mexico, culminating on a plane flying over the Pacific Ocean. Army Ranger reconnaissance photographer Stephen Quintana is tracking an international group of investors who create illegal high-end movies of their darkest murder fantasies. They’re the same men who funded the kidnapping and on camera attempted murder of movie star Julia Travers. Luckily for Julia, Stephen made sure he was there to save her before they succeeded.

Now Stephen has uncovered the group’s latest underground project: forcing convicted killers to fight to the death for the audience of high-rollers paying big bucks to gamble on the outcome.

But before Stephen can uncover their identities, they shoot him and leave him to die — or so they think. Stephen survives, and now he’s even more obsessed with exposing the group. And being “dead” is the perfect cover for digging deeper and infiltrating the show.

The only person who knows everything is Julia Travers. She’ll do anything to keep Stephen safe, even if that means sabotaging his undercover investigation. In the second book of the Quintana Adventures, Stephen suffers deception, betrayal, and brutal attacks but never wavers in his determination to expose the most insane reality show ever created. 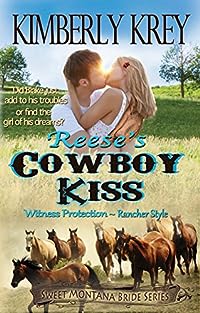 Texan pageant winner, Reese Taylor, has a former classmate who wants her dead. Now she must leave her friends and family to enter a protection program on Emerson Ranch. A group of good-looking cowboys awaits her, but Reese has her eye on Blake Emerson, the one man too busy with the ranch to give her a chance.

Blake Emerson has no time to go lookin’ for love. He’s got a ranch to run, positions to fill, and an ache in his heart from love gone wrong. So when he agrees to harbor a witness to help on the ranch, Blake assumes his first two problems are solved. But he never dreamed his new guest would be a woman. One he was destined to lose his heart to.

With sparks burning hot and danger around the bend, one question lingers in his mind: Has he only added to his list of troubles, or has Blake just found the woman of his dreams?

* Though this novel is considered clean romance, it does contain passionate kissing and a few minor curse words. * 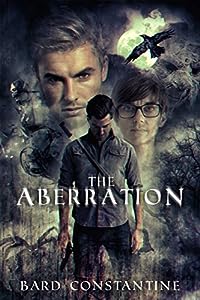 A terrifying chiller that will keep you turning the pages from a rising star in genre fiction .

Blood spills. A threshold opens. Unearthly abominations emerge. What follows is called an Aberration. For thousands of years, appointed Wardsmen gave their lives to keep us safe. But over the ages, their numbers have dwindled. Now, one man may be all that stands between us and the terrifying world that lies beyond our own.

When a coworker inexplicably commits suicide on the job, Guy knows the tragedy is just the start of terrors to come. A freak storm quickly follows, engulfing his milling facility and trapping the workers, who quickly learn there is much more to fear than just heavy rain. Something else arrives with the storm — monstrosities that alter their shapes and features to match your fears. Guy’s coworkers will be forced to rely on him to survive grisly attacks on both body and mind. 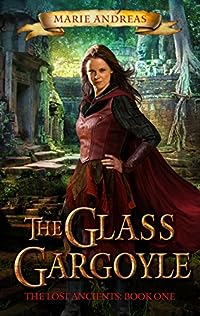 The Glass Gargoyle (The Lost Ancients Book 1)
by Marie Andreas

Archeologist Taryn St. Giles has spent her life mining the ruins of the elves who vanished from the Four Kingdoms a thousand years ago. But when her patrons begin disappearing too — and then turning up dead — she finds herself unemployed, restless, and desperate. So she goes looking for other missing things: as a bounty hunter.
Tracking her first fugitive — the distractingly handsome and strangely charming Alric — she unearths a dangerous underworld of warring crime lords, demonic squirrels, and a long-lost elven artifact capable of unleashing a hell on earth.
Chased, robbed, kidnapped, and distressingly low on rent money, Taryn just wants one quiet beer and to catch her fugitive. But there’s more to Alric than his wicked grin — is he a wanted man or the city’s only hope? With menacing mages in pursuit and her three alcoholic faery sidekicks always in her hair, Taryn’s curiosity might finally solve the mystery of the elves… or be the death of her and destroy her world. 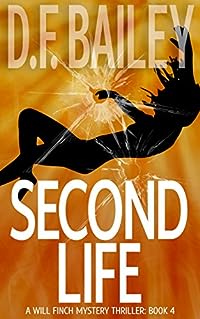 SECOND LIFE weaves the dark world of PHILIP KERR into the cat-and-mouse chase of Jeffery Deaver’s THE BODIES LEFT BEHIND.

Two children scramble through a remote jungle to escape the madness of Jonestown. When they return to America they’re given new names. A fresh start. Almost forty years later Will Finch stumbles across an abandoned Armani jacket. He soon learns that the jacket holds a secret. A cryptic message that tears his life apart and threatens to make him the latest victim of the Jonestown massacre.

Inspired by true events, Second Life will keep you bolted to your chair until you reach the final sentence.

“The children went first, died first. But imagine if two escaped, returned to the US, were given new identities, the chance of a ‘second life.’ How would it all turn out? Would they escape the memory of Jonestown, embrace the rituals of a normal life, grow up, have families, pay taxes, argue with the TV… or would they become occult messengers of the fatal theosophy preached by the Reverend Jim Jones? This is the question, the premise of D.F. Bailey’s latest psychological thriller with a twist, Second Life.”
— Lawrence Russell, author of Radio Brazil

A mesmerizing journey from an historic catastrophe to a prophecy of mass annihilation.