My oldest baby basset had a sleepover last night, and it was just about the easiest thing I have ever done. I hadn’t planned it, but it is a bit of a makeup birthday party for the party when everyone got food poisoning from the cake and had to go home. Last nights party could not have been more perfect. We had all spent the day at the Dicken’s Fair, so when we got to my house all they wanted to do was chill out and play video games. No clowns, no party games, and with all the junk food they have had over the last few days, no cake. Heck! They are even at the age when all they want is their parents out of the room, and to be left alone to do their thing. I did nothing and got the number one mom of the year award. This is a huge change from the days when I spent weeks planning the perfect homemade birthday party with life size decorations of cartoon characters and multiple Pinterest worthy party games. This morning I am going to get them donuts and let them do their thing until their parents come. Easy Peasy!! 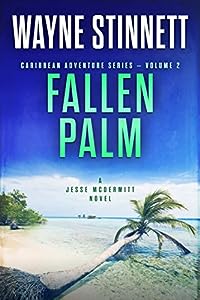 Jesse McDermitt lives alone on an isolated island in the Florida Keys where he runs a charter fishing business. Retired from the Marine Corps for six years, he wanted nothing more than to relax, fish, dive and enjoy the laid back lifestyle of the islands.

Russ, his former Platoon Sergeant and old friend, dies unexpectedly in a mysterious scuba diving accident and Jesse becomes suspicious. When his friend’s son comes to south Florida to ask Jesse if he would take him to a remote reef to spread his father’s ashes, the two men discover that Russ was murdered and agree to hunt down the psychotic killer together, unaware that their manhunt will lead them to a Caribbean terrorist cell.

Meanwhile, a beautiful woman has returned to the Keys on a manhunt of her own, distracting Jesse with the idea that he could finally leave his warrior past behind. The prospect of finding lost Confederate gold, several high speed boat chases, and dodging demented killers, won’t stop Jesse from revenge. Surviving a powerful hurricane puts everything on hold as a top secret government agency tries to recruit him into their fold.

When the sun comes back out, will Jesse be ready? 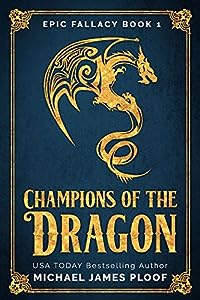 Murland Kadabra has always dreamed of becoming a great wizard. However, at age 19, the young apprentice has yet to successfully cast a single spell. He has been reduced to grounds keeper of Abra Tower, and has become the laughing stock of the wizarding school. But when the Most High Wizard Kazimir chooses him to be one of the five Champions of the Dragon, Murland’s life changes forever.

He soon finds himself traveling through the wilds with four unlikely companions, including an alcoholic knight, a gay elf prince, a dwarf with humanism, and an obese ogre. Prophecy dictates that these champions must march west to the shadowy peak of Bad Mountain, where they are destined to do battle with the dreaded dragon of legend, Drak’Noir.

But what few people know, is that the prophecy is not altogether true. For it is not five champions who Kazimir chooses, but five fools. They are not meant to defeat the dragon, but to feed her.

To change their fate, the Champions of the Dragon must not only overcome their enemies, but also themselves. 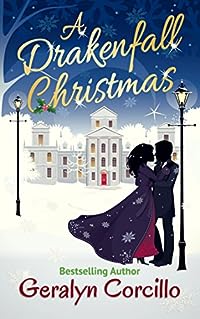 A Drakenfall Christmas
by Geralyn Corcillo

In this 55K novel, Mark and Maisy, ahem, that is, Lord and Lady Shiley, get ready to celebrate their first Christmas together at Drakenfall, their renowned estate-turned-resort in the heart of the Cotswolds. The energetic and very un-aristocratic couple find themselves conspiring in guest shenanigans and getting tangled up in staff kerfuffles as they try to make the holidays warm and bright for everyone.

In an uncharacteristic turn, unflappable house manager Glynis Ferry seems to be getting her duster ruffled every time she catches sight of Shaun Fletcher, the new head groom. Pippa Taylor, a whirling dervish of a domestic, works below stairs to make the magic of Drakenfall happen for everyone else. But will there ever be enough magic left over for her? There will if most worthy valet Kafi Diop has anything to say about it, as he tries to spin holiday enchantment every which way. But his clever plans always seem to go cataclysmically awry, even with Maisy helping out as his faithful sidekick.

And what about Kafi’s grandest of schemes, set to take flight at the Drakenfall Christmas Ball? He’s depending on guest Jamie Tovell, who’s depending on his secret crush Lea Sinclair. ?But? even if everything goes off without a hitch, will the secret Maisy’s been hiding from Mark all season pop up at the most inopportune moment to set everything asunder? It’s a Drakenfall Christmas… topsy-turvy and heart-warming, generously sprinkled with laughter and lavishly frosted with romance?! 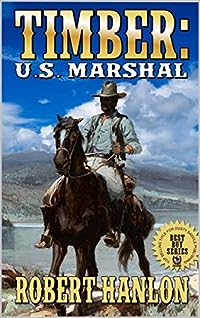 Jake Timber is a tortured man, repaying his debt to society for avenging the brutal murders of his wife and daughter. In his work as a special agent, tasked with ridding the territory of criminals, he takes no prisoners, and gives no mercy. His job is to hunt down wanted men, asking no questions before delivering his own brand of justice through the barrel of a gun. While traveling through the territory, Timber finds himself in the middle of a turf war in the town of Heaven Brook, where he helps bring an end to the tyranny of two powerful men. 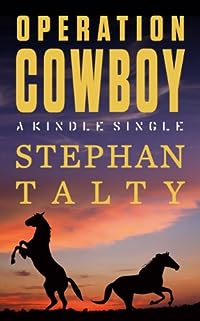 Operation Cowboy: The Secret American Mission to Save the World’s Most Beautiful Horses in the Last Days of World War II (Kindle Single)
by Stephan Talty

A thrilling account of one of the strangest and most daring missions in American history.

In the final days of World War II, with the ravenous Red Army marching across Czechoslovakia, a band of American soldiers did something unusual. They went behind enemy lines and teamed up with a group of Nazi officers to save one of the world’s rarest and most beautiful horses. The breeding mares of the white Lippizaner, whose bloodlines date back centuries, were in imminent danger of extinction. After witnessing scenes of death and destruction while fighting across France and Germany, the Americans decided “to do something beautiful” and rescue this fragile piece of world culture.