Okay… today I did three push-ups. Again, not a thing I am doing. I am not gonna lie, that kinda wore me out a bit. Still sticking to the straight leg push-up thing, but my form is starting to lack a bit. I just know I look like I am attempting and failing at doing the worm. I knew today was going to be a bit grueling, so I locked up the fur babies. I think that gave me a headache. I might have to do a few incline push-ups throughout the day to loosen me up a bit for tomorrow. AGAIN..not a thing I am doing, but just in case I find myself on the ground tomorrow needing a reason to count to four. 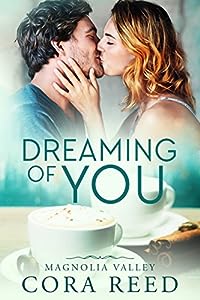 Welcome to Magnolia Valley, Montana, a small town with sexy men and the passionate women who fall for them.
She’s always had a crush on her friend Calvin…
Josie Wheeler isn’t a risk-taker. She likes her routine running the Morning Jolt cafe. The last risk she took was asking her dreamy friend Calvin out — and that failed miserably. But as her thirtieth birthday gets closer, that routine starts to feel like stagnation.

After his marriage went up in flames, Calvin Monroe knew love wasn’t for him. Since then, every relationship he’s had has been no-strings-attached. But Calvin’s not nearly as commitment-phobic as Josie thinks he is; he just can’t find anyone that measures up to her.

… and when he finds out about her crush, he makes her an indecent proposal.

Josie is vibrant, funny, smart — and Calvin’s wanted her since they first met. But he knows he’s not her type. Josie goes for wholesome guys, not divorcees with bad reputations.

An overheard conversation changes everything. Calvin realizes Josie is — was — into him, but he was too dumb to see it. If he can convince her to take another risk on him, he’ll win her heart. So, he makes her an offer she can’t turn down: Two weeks to try out anything she wants in bed.

Josie knows Calvin doesn’t do forever, but she says yes to his proposition, anyway — it might be just what she needs to get him out of her system and her life out of its rut.

What Josie doesn’t expect is their exhilarating chemistry setting the sheets aflame and entangling her wary heart. But when her cafe is threatened, she has to decide what she’s willing to risk for a love beyond her wildest dreams.

This book is a part of the MAGNOLIA VALLEY series and can be read in order of publication or as a standalone.

• He was Playing for Keeps 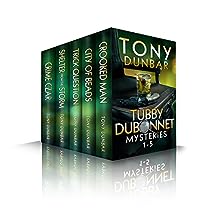 Settle down — preferably with a hearty snack — and enjoy this hard-boiled mystery series that’s as chock full of laughs as it is chills!

Meet lawyer Tubby Dubonnet. His clients are all renegades from the asylum (aka Orleans Parish), including a transvestite entertainer, a buxom deadbeat blonde, a doctor who refers his own patients to a malpractice lawyer, and a Mardi Gras reveler who drives a float shaped like a giant crawfish pot. His new client is Darryl Alvarez, the manager of a local nightclub who’s been caught unloading marijuana from a shrimp boat. At their first meeting, Darryl entrusts Tubby with an ordinary-looking blue gym bag. But after Darryl’s unfortunate demise, Tubby realizes he must tighten his grasp on the gym bag — and its million-dollar contents.

Tubby can’t just give up the cash. But if he gets caught, he’ll be in jail. And if the wrong people catch him, he’ll wish he was.

Tubby Dubonnet is bored. He wants to bill enough hours to pay his alimony and keep his daughter in college, with enough left over for an occasional drink and a good meal, but he longs for something different and exciting.

Sure, researching licensing law for the new casino will keep trout meunière on the table, but what could be more tedious? (Unless, of course, the client turns out to be connected.) Meanwhile, there’s the estate of an old friend who controls some dock leases on the wharf. And he agrees to help his daughter’s environmental group stop illegal dumping in the river. Ho-hum, thinks our hero. But suddenly all three cases begin to converge in an entirely ominous way… NOW Tubby’s doing something exciting — he’s running for his life!

Medical lab janitor Cletus Busters is caught red-handed in a restricted area with the frozen head of Dr. Whitney Valentine, one of the lab’s most prestigious researchers. Busters won’t say much, except that he’s innocent. But given his conspicuous record and past as a voodoo guru, all signs point to life in prison.

SHELTER FROM THE STORM

Next thing you know the survivors – thieves and revelers alike – find themselves marooned together. As the LaRue gang plans its watery escape, raffish lawyer Tubby Dubonnet is obliged to take time out from his customary eating and loafing to thwart their murderous intentions.

Tubby can’t forget the last words that escaped an old friend’s lips, and he can’t get out of the way of a political campaign that’s turning rough… 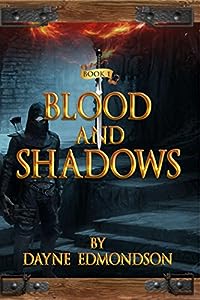 Blood and Shadows (The Shadow Trilogy Book 1)
by Dayne Edmondson

They came from the shadows. They came to destroy us.

Twenty years ago, bloodthirsty assassins turned an innocent girl into a monster. Most of her humanity perished. She fell into darkness.

Now she steps from the shadows. Now she destroys the light. Now she brings the rise of the assassin king.

Dawyn Darklance was thrust into war. After mysteriously arriving on Tar Ebon he joined the Kingdom of Tar Ebon’s army. Dawyn rose to the rank of commander of the king’s guard and now has been chosen to find and destroy the assassin king.

Against the assassin onslaught, Tar Ebon stands alone. But Dawyn and his allies, a druid, mage, and bard, will rise and fight. They will win, or they will die. 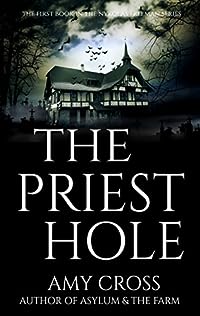 “Nykolas Freeman died four hundred years ago. On a cold night, you can still hear his victims screaming.”

When Laura and her family move to a remote house in the English countryside, they have no idea of the macabre events that took place more than four centuries ago. It’s said that a priest once hid in the walls of the house and was never seen again. Some say he hides there still…
Laura doesn’t believe in ghosts, but when she and her sister start hearing scratching sounds and whispers from within the walls, it becomes clear that spirits in and around the house have some unfinished business. Is there really a priest still hidden somewhere nearby? Does the ghost of his tormentor still roam the forest? And why has Laura started to experience a series of intensely vivid waking dreams in which she finds herself in the same house, hundreds of years ago?

The Priest Hole is a horror novel about two sisters uncovering the dark forces in their new home, and about the divisions that once threatened to tear England apart. Contains violent scenes. 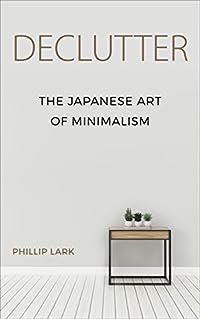 DECLUTTER: The Japanese Art of Minimalism
by Phillip Lark

Is your life a chaos, or at least does it feel like it? Are you having a hard time keeping up with schedules, sticking to a routine or making some time for yourself? Are your life and house full of ‘stuff’? Do you feel life is consuming you? Are you drawn to the idea of minimalism but the fear of missing out and letting go hold you back?

The first thing you need to understand is that minimalism isn’t about less, it’s about more. More freedom, more space, more clarity, more room in your life for the things that give you joy. It does not make sense working hard to buy stuff that will only make you work more. And most of us know we own too much stuff. We feel the weight and burden of our clutter distracting us from the very life we wish we were living. The purpose of this book is simple: Empower you to Live More, by Owning Less.

If you’re looking to become a minimalist but can’t quite find the motivation, then this book is for you. The reflections within its pages will inspire you to simplify your own space and life. A breath of fresh air, showing you the path of a new beginning… a fresh start. In Declutter you won’t find any drastic measures or specific rules you must follow. But rather, a comprehensive and practical read that will guide you on Why and How to let go, so you find your own balance.