Well this is just frustrating! I wrapped my pup, Junebug, and my kitty, Sinny’s, presents, and I think they know what I got them. I purposely hid the gifts until I was ready to wrap them. I know they didn’t see them, but as soon as I put them under the tree, they both went straight for their gifts. Are these two mind readers? Now I got to put the gifts away in a drawer until Christmas day. I know I am going to forget where I put them. I always forget where I put things away for safe keeping. Come Christmas morning I will be running around, searching every drawer, and getting all stressed out that the critters will think I don’t love them.

The Book of Moon
by George Crowder

It coulda been worse.

That’s the “working epitaph” of 15-year-old Moon Landing. Not that Moon’s death is imminent — far from it — but his thoughts have turned to gallows humor, as his world disintegrates along with his parents’ marriage. His older brother skateboards through life with ease, but Moon is deeply troubled.

Just as he is solving for romantic unknowns with a gorgeous older girl, Moon must contend with his dad’s sudden absence, his mom-gone-wild’s sexcapades, and his best friends’ curious penchant for self-destruction. Not to mention his newfound role in agitating to end an African guerrilla’s bloody rampage.

To make sense of it all, Moon embarks on a quest to unravel the riddle of God’s injustice to man.

In this humorous and touching coming-of-age novel, Moon struggles to understand his parents — who they are, what brought them together, what broke them apart — and what that all means for his future. 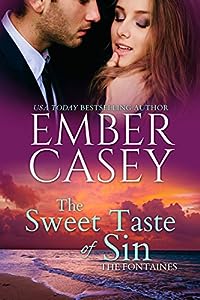 Never trust a bad boy with your heart. Especially when that bad boy is one of Hollywood’s notorious Fontaine brothers…
Ashlyn just wants to move on with her life. Run her bakery. Heal her broken heart. She’s had three years to try and forget Dante Fontaine.

To the rest of the world, Dante is Hollywood royalty, the ridiculously attractive oldest son of the notorious Fontaine family.

To Ashlyn? He’s the guy who made her swear off men forever.

But when an accidental–and humiliating–encounter brings him back into her life, Ashlyn realizes that no matter how hard she’s tried to forget him, Dante definitely hasn’t forgotten her.
… and this time, he’s not going to let her go.

Meet the Fontaines: Hollywood royalty. L.A.’s most notorious bad boys. Permanent stars of the tabloids. And the wickedest, most devilish lovers around… 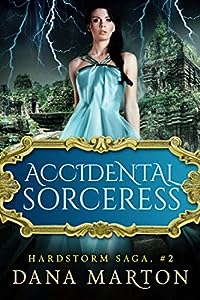 Tera, a powerful healer, travels with her beloved warrior, the High Lord Batumar, on a secret mission to forge alliances to stop the bloodthirsty Emperor Drakhar. Surviving vicious pirates, slave traders, and an ancient enemy of dark power is only the beginning. The journey brings Tera unimaginable hardships and loss, testing her spirit and heart as she gathers her own allies and fulfills her destiny. Adding a tiger and a wraith as companions on her journey, Tera struggles to survive with her wits and healing skills while protecting her light from the dark power that seeks to claim her. 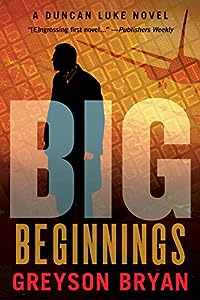 Duncan Luke is no stranger to impossible situations. A high-priced lawyer and expert in business intelligence, he knows how to extricate his clients from sticky situations while saving–or making–them millions. To be the best, he’s sacrificed everything, including his family, but now he wants out. He’s quitting his lucrative practice for academia and time with his autistic son, Sam. But his wife isn’t on board and files for divorce, forcing him to fight for custody.

With mounting legal bills, Duncan must take on one last job. He plans to get paid and get home to Sam, but Ghislaine Bingham, the client, has other ideas. She doesn’t like the looks of her new lawyer, though can’t win without him, so she hatches a plan to ensure his success whether he agrees to her meddling or not.

From L.A.’s towering palms and Tokyo’s steamy noodle bars to London high-finance and Panamanian corruption, BIG: BEGINNINGS is a thrilling, non-stop ride around the globe. As Duncan flies across time zones doing battle for Ghislaine, risking his life and reputation, Sam slips further away. Duncan must finish the job to get him back, but time is running out. 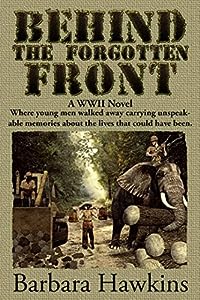 Behind the Forgotten Front: A WWII Novel
by Barbara Hawkins

This forbidden story about lunacy at the top was exposed by one soldier’s diary. Picture India and Burma in 1942: with unexplored jungles, Himalayan Mountains, monsoon rains, Naga headhunters, and a young man looking for adventure. For fifty years he swore to keep secret the military’s ‘win at all cost’ mentality. This is not another ‘boy goes to war’ tale; instead it’s about Harry Flynn’s struggle with himself as he helped to build the ‘road to nowhere’ through Japanese-occupied Burma and eventually as a combatant in America’s first guerrilla-supported units, Merrill’s Marauders and later the Mars Task Force. Malaria, the smell of fear, loneliness and the enemy were overcome through the unbreakable bonds of friendship he made on the battle field and the undying love of his life back home. It’s not about heroes but about people; soldiers who may have been good men even if they weren’t brave. Everyone knows the outcome of WWII, where men walked away carrying unspeakable memories and ‘lives that could have been’ haunted those that lived. Behind the Forgotten Front brings them all back to life and shows that history is about facts driven by the passions and sometimes mistakes of real people.