Last night I let hubby pick the movie again. I just feel like living on the edge I guess. Completely out of character he picked an Indy film. I made my escape plan just in case the movie went south. With documentaries at least I know exactly when to make my exit before everyone dies or whatever, but Indy films are not that easy. They can go either way, so it’s a huge risk to stay to the end. I was pretty comfy on the couch under my fuzzy blanket, so I decided to stay until the end. At one point though my flight or fight (back the tears) started to kick  in and I was sure I was going to make a run for it. Thankfully it turned around and was a happy ending. That was too close for comfort though. Next movie is my choice and you can be sure as heck it will have a man in tights in it. Possibly Robin Hood, Men in Tights! 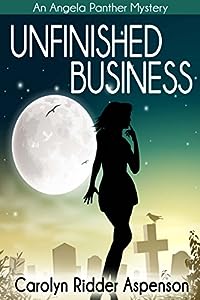 Stay at home wife and mother Angela Panther has a gift: she can talk to the dead.

She just doesn’t know it. Yet.

Long suppressed and forgotten, her gift resurfaces with the death of her mother. Angela considers it a curse, preferring to spend her life with the living, not dealing with the unfinished business of the dead.

But the dead, they couldn’t care less.

They know she can resolve their unfinished business, and when they need help, it’s Angela they haunt.

As Angela reluctantly obliges the dead, her mother stays earthbound, refusing to go until her own unfinished business is handled; business she won’t discuss with her daughter.

Can Angela discover the truth behind her mother’s decision to stay, and if she does, will her heart survive? 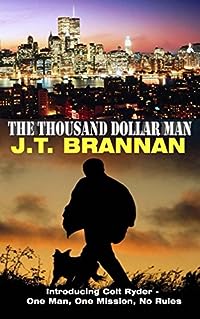 THE THOUSAND DOLLAR MAN: Introducing Colt Ryder – One Man, One Mission, No Rules
by J.T. Brannan

The Thousand Dollar Man is a myth. An urban legend, his appearance prayed for by the poor and downtrodden of the United States. They say he goes from town to town, helping people who have problems. Any kind of problems.

They put adverts in their local paper, put notices up in the local stores, always hoping that one day he will walk through their town and see them, act upon them. And if he does – and as long as the client can gather together a thousand dollars to pay – their problems will disappear.

But it wasn’t always that way.

Colt Ryder was let down by everyone. A military veteran, scarred both mentally and physically by his experiences in Iraq and Afghanistan, after being medically discharged he tried for years to make an honest living. But after a series of menial jobs, he was eventually fired from a meat packing factory for protecting a fellow worker from a bullying boss. And when his home was then burglarized, his savings and possessions all taken, something in him snapped.

Homeless and unemployed, driven by anger and resentment against the system, he decided to change, to revert to his old skills and cross the Americas helping those who need him, those with nobody else to stand up for them.

All he asks for is one thousand dollars a job.

The Thousand Dollar Man is the start of an exciting, high-octane action thriller series, perfect for fans of Jack Reacher! 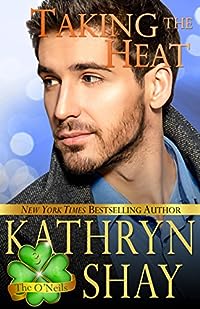 Taking The Heat (The O’Neils Book 3)
by Kathryn Shay

If you’ve followed Kathryn Shay’s firefighters, then you’ll love the NEW YORK TIMES bestselling author’s O’Neil books. TAKING THE HEAT will grab your attention because it takes place in the world of firefighting and firefighter romances.

“Shay writes an emotion-packed story that presents a realistic view of the romantic and social problems faced by female firefighters. With angst and some hot sex, this dramatic tale also has a nice touch of humor.” RT Book Reviews

Liam O’Neil, chef at Bailey’s Irish pub, simply wants to make it through the day. His son is depressed, his beloved wife died three years ago and he’s lonely! Enter, Sophie Tyler, a firefighter who lives on the edge and likes it that way. Clearly, she’s not Liam’s type. But when she begins work at the family pub, opposites attract and they’re drawn to each other. Then they fall in love. Still, nothing can erase the biting fear Liam — and his kids — feel about the danger Sophie is in every day. Eventually, an arsonist upsets the delicate balance of their relationship and they realize they can’t be together. Or can they? 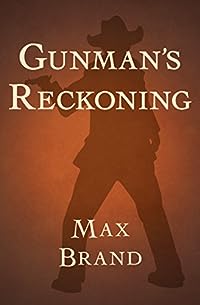 Donnegan is not proud of his past. But when words ran dry and matters could only be settled with a gun, he never hesitated to make things right. Now fate has led him to The Corner, a wide-open gold-mining town in the valley where two rivers join. An invalid by the name of Colonel Macon wants Donnegan to settle a long-standing land claim that’s been taken over by outlaws. Charmed by the colonel’s beautiful daughter, the gunman agrees. But nothing is as it seems in The Corner, where the line separating good from evil is so badly blurred it might not be there at all.

A contemporary of Zane Grey and a major influence on Louis L’Amour, Max Brand was a true master of the Western. Gunman’s Reckoning is a fine example of the moral complexity, fluid prose, and nonstop action that defines the best of his work.