In A Little Cafe In France

We landed in Paris, France early in the morning, immediately went to our Air B&B, and all seven of us got settled in quickly. We only had two days to see as much as we could. Food was the first item on the list. We ventured out onto the streets of Neuilly-sur-Seine and started our first day in Europe looking for breakfast. It wasn’t long before we came across a little cafe with outdoor seating and made ourselves at home. We were greeted by a wonderful waiter who thankfully spoke English and assured us he would take care of us. And boy did he! Soon our tiny tables were filled with coffee, cocoa for the kids, the most delicious scrambled eggs I have ever tasted, croissants, and a delicious assortment of jellies. We had begun our trip on a tasty foot. With our bellies full and getting a second wind after our long journey, we were off exploring the beautiful streets lined with trees whose leaves had turned bright Fall colors of reds and yellows. I thought for sure I would be too exhausted, but this was my first time in France, and I wasn’t going to waste one minute of it resting. 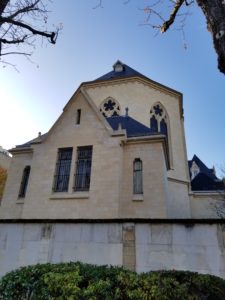 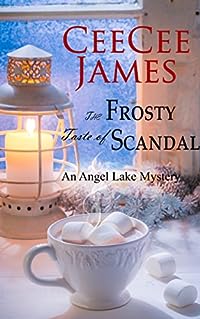 Elise Pepper has had her share of bad dates, but she’s never had a dead body crash one before. Mr. Hamilton, the renowned Ice-man, purveyor of shady mortgages does just that when Elise finds him dead at the ice-rink. The scene of the crime is no coincidence, either. The Ice-man meets an icy end. And a freak power outage is only impeding the police.

When Elise’s coworker, Sue, begs for help, Elise is surprised to discover Sue was related to the man. And her family is fighting over his will and the appearance of an illegitimate son. It doesn’t take long to discover everyone in town had reason to benefit from the banker’s death.

When even the king and queen of the local high school’s Winter Ball come under suspicion, Elise wonders if they’ll ever find out who did it.

This may be the first case where the killer walks away. 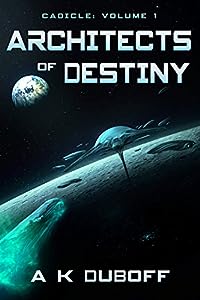 Cris Sietinen, heir to the most influential High Dynasty in the Taran empire, was born with rare telekinetic gifts–abilities he refuses to ignore, regardless of the governing Priesthood’s decrees. Determined to be true to himself, and test the limits of his prohibited abilities, sixteen-year-old Cris escapes his stifled life of business and politics on Tararia to begin a new life exploring the stars.

When Cris unexpectedly receives an invitation to join the Tararian Selective Service (TSS), the only organization to offer a sanctioned telekinesis training program, a new future awaits. It’s his dream opportunity to be among people like himself, free from the Priesthood and political objectives. Except, Cris’ path was designed, and he’s right where the Priesthood wants him.

Architects of Destiny is a short prequel novel to the main events in the Cadicle series, a modern-day space opera epic in the spirit of Golden Age science fiction. This fast-paced space adventure with intrigue, coming-of-age, and romance is a short prequel to the defining events in Tararia’s history in the ensuing years. 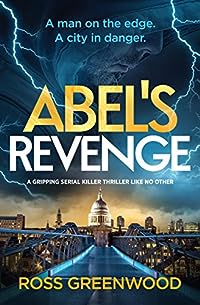 ABEL’S REVENGE – A man on the edge. A city in danger.
by Ross Greenwood

This is a story about a city. As with all others, it’s a place of violence. There are murderers, and they live among us.

This is also a tale about a couple — sometimes friends, occasionally lovers, but always partners. Dan and Olivia are fighting modern battles; the ones parents have over a lack of money, time or peace.

An escalating serial killer terrifies the streets and homes. The body count rises as their relationship crumbles. Society reveals its dark side, and no one is safe. Dan and Olivia experience this first-hand as danger closes in.

Will Abel’s reign of terror ever end?

Who will live, and who will die? 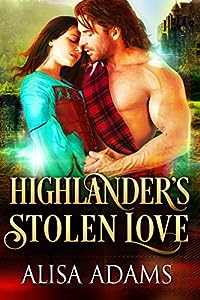 ~ In the Highlands, the course of true love always has to surpass obstacles. ~

It is the year of our Lord 1356.
A war that will last one hundred years ravages across the Kingdom of France.

Doogle of the Clan Macleod, comes to France to fight alongside the French. Stubborn and brave he plans to return to the Highlands upon defeating the English.

Beautiful Louise Duroc, a farmer’s daughter, although educated knows little from the outside world. Meeting Doogle intrigued her as he is similar to her beloved father. Strong, compassionate and focused on his beliefs.

Finding each other is not enough.
They will also have to save each other from destiny’s traps, in the midst of war.

Can love blossom or will fate rip them apart?

This is a tale of love, friendship and the will of a man to claim the woman he loves. 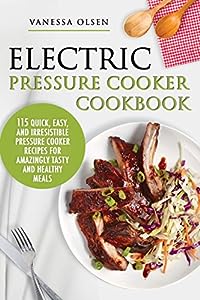 Do you wish you could cook more meals at home, but you’re too overwhelmed by life? Have you tried slow cookers in the past, and are either too confused or just not impressed by the results?

Pressure cooking works by tightly-sealing food and liquid inside an airtight pot. The built-up pressure actually raises the boiling point of water, speeding up the cooking process. This speed preserves more of the nutritional value of food, making pressure cooking the healthiest cooking method there is. Using the electric pressure cooker is convenient, fast, and produces extremely healthy and delicious meals.

This cookbook walks you through everything you need to know about using a pressure cooker, including:

• How to use the control panel and automatic cooking programs

• How to clean the cooker

• How to troubleshoot common problems

Once you understand how the electric pressure cooker works, you can start making any of the 100+ recipes contained in the book (including Paleo and Vegan) which have been chosen specifically for their relatively short ingredient lists, simple steps, and flavor factor. You can expect to find recipes like:

You don’t need to be a great chef to use an electric pressure cooker. In fact, you don’t even need to be a good one. If you can read, you can start making great meals in your pressure cooker, and build your skills from the ground up. Let this cookbook be your guide into better food and a better life.