New Years Eve on a Monday? That sounds hideous. I am already not a big fan of New Years Eve for multiple reasons, such as stupid resolutions, drunk drivers, and getting dressed up. Add to that mix that it’s a Monday and I have no reason at all to get out of bed. Except for that work thing. BLEGH. I want to start this week on a positive note though. Give me a second…. hold on…. erg. How about this.. I don’t need a belt to hold up my pants! That’s kinda convenient, right?

On New Year’s Day 1925 Ivy Rose Murphy awakes to find her world changed forever. Her irresponsible Da is dead. She is grief-stricken and alone – but for the first time in her life free to please herself.

After her mother deserted the family, Ivy became the sole provider for her da and three brothers. Pushing a pram around the well-to-do areas of Dublin every day, she begged for the discards of the wealthy which she then turned into items she could sell around Dublin’s markets.

As she visits the morgue to pay her respects to her Da, a chance meeting introduces Ivy to a new world of money and privilege, her mother’s world. Ivy is suddenly a woman on a mission to improve herself and her lot in life.

Jem Ryan is the owner of a livery near Ivy’s tenement. When an accident occurs in one of his carriages, leaving a young girl homeless, it is Ivy he turns to. With Jem and the people she meets in her travels around Dublin, Ivy begins to break out of the property-ridden world that is all she has ever known.

Through Streets Broad and Narrow is a story of strength and determination in the unrelenting world that was Dublin tenement life. 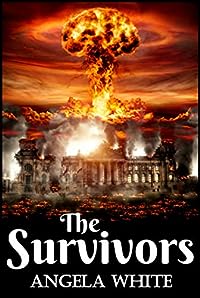 “This is Safe Haven Refugee Camp. Can anyone hear me?… hello? Is anyone out there?”

The end of the world has given us a harsh, merciless existence, where nature tries hard to push humanity to the very brink of extinction. Everything is against us, between us. Untold miles of lawless, apocalyptic roads wait for our feet, and the future, cold and dark, offers little comfort. Without change, there can be no peace. Only survivors.

Set along the lines of The Stand and The Postman, this is a chilling vision of the collapse of all society and the rebirth of a nation by those who survived. It’s so much more than just another sci fi series. This way, please… 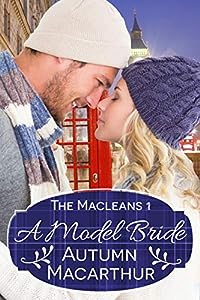 Her plans for her Europe trip didn’t include falling in love!

When Tiffany Gallagher flies to London from L.A. to spend the holidays with her family, volunteering at a homeless shelter on Christmas Day isn’t part of her plan. Nor is having to travel to Edinburgh with Mac, the wounded and cynical Scottish photojournalist also volunteering at the shelter, to get the New Year’s Eve she’d dreamed of, a Scottish Hogmanay.

Returning to London determined to prove she’s good at something other than shopping, she sets up an ambitious back-to-work partnership between the shelter and Pettett & Mayfield’s department store. But her scheme means she and Mac are thrown together. When he turns the camera on her to help her get a modelling job, she begins to see past his wounds and discovers a man she could easily fall in love with.

Neither is looking for love, but love finds them anyway, though it can’t last when their plans will take them in different directions. Can they learn in time that no matter what they’ve planned, God’s loving purpose for their lives can’t be denied? 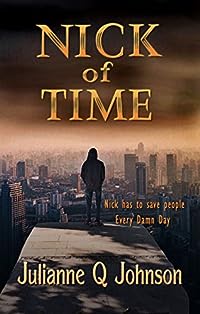 Nick Callaghan’s life has become an exhausting series of strange coincidences. Wherever he goes, Nick finds himself in a position to help others when they need it most. From foiling an armed stalker to grabbing a child in a broken roller-coaster car, Nick’s life is constant chaos. He has no idea what sort of force could have turned him into the world’s guardian angel, but he wants it to stop. There’s only one person who knows what Irish legend he’s fallen afoul of, but Grandmother isn’t talking. 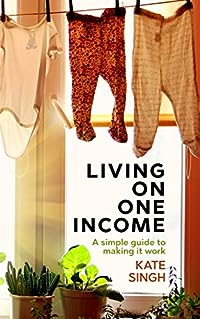 Living on One Income: A Simple Guide to Making it Work
by Kate Singh

I’ve been a homemaker for seven years and through the plentiful times and the not so plentiful times, I have never returned to work in the mainstream. I’d like to avoid it, to be honest. Currently, we are a little above the poverty line in our salary. And life has never been better. We purchased our first home with a paltry loan and even more meager savings during this housing market boom… in Northern California! My dreams of starting a homestead in town have been actualized and we eat like royalty. Well, maybe upper class. We are thriving and having so much fun with our life even with the paychecks getting smaller. How is that? I have learned and so many tools, tips, and wise advice over the years from friends and homemakers living on a thread. Although we go in and out of being frugal, nowadays I practice all I’ve ever learned to stretch the funds; making tubs of laundry soap, baking my bread, having a kitchen garden and hens in my backyard, throwing parties with little cost, buying organics and other groceries on a small allotment, and much more. This book was written to support all of you on small allowances or sudden life changes that leave you stressed and fearful about how to make it all work. I will show you step by step. Let’s brew some coffee and learn how to live frugally and fabulously.