It’s Time For A Mystery

If you are looking for a fun, heart warming, exciting, humorous, page turning book to pick up then look no farther than one of the many cozy mysteries that author N. C Lewis has written! These books can be read in any order, so just pick a mystery that sounds exciting and dive right in. You won’t be able to put these books down. Enjoy! 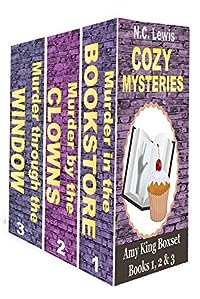 BOOK1: MURDER IN THE BOOKSTORE
When Alan Earl, a well-known Austin antiquarian book dealer, is found dead at his 12th street bookstore, a tangled web of secrets, lies, deceit, and betrayal is exposed. For Amy King, Alan’s death threatens disaster, because his bookstore was the first ever client event for her fledgling professional staging business.

BOOK 2: MURDER BY THE CLOWNS
Amy King’s excited that her new business has been invited to stage a birthday party at a prestigious Austin investment fund. The festivities barely get underway when a band of kilt-wearing clowns playing bagpipes joins the celebration.
But fun soon turns to tragedy when the charismatic founder of the investment fund is shot dead in broad daylight. In the chaos that follows the crime scene is trampled and vital clues lost.

BOOK 3: MURDER THROUGH THE WINDOW
Amy King and her best friend Danielle are invited to the re-launch party of an aging Austin film star. Even better, Amy’s new staging business is hired for the pre-party photoshoot. What should’ve been a big payday followed by fun with celebrities winds up with a mysterious intruder, a strangled scream and a dead body.
Click here to get this book for $0.99 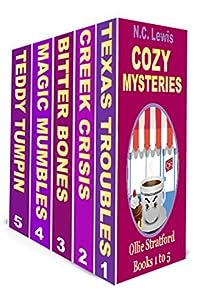 BOOK1: TEXAS TROUBLES
Middle-aged Professor Ollie Stratford’s been hounded by a psycho realtor, outrun by a bunch of grandma’s, taken advice from sock puppets, stuck in a brimming toilet bowl, and almost run out of college by a drunken professor. How is that for her first few days in a quiet little Texas town she never wanted to live in?

BOOK 2: CREEK CRISIS
When a mysterious Portuguese film producer hires Ollie Stratford’s event center she thinks it is going to be fun and games… until the brawling and fisticuffs amongst the Divas break out followed by Murder!

BOOK 3: BITTER BONES
When the bones of beloved local, Garrick Markovich, turn up buried by the oil well, Ollie’s dreams of financial stability are put in danger. Now, Ollie must uncover the secrets of tight lipped locals to find the killer and obtain justice for Garrick.

BOOK 4: MAGIC MUMBLES
Doctor Ollie Stratford loves a good mystery. But the last thing she ever expected was to stumble into one while relaxing at Mysterious Malcolm’s Magical Masquerade show. When a body shows up during the show, and the Magician leaps from the stage and disappears, Ollie gets sucked into a world where everyone has a grudge, and no one is talking.

BOOK 5: TEDDY TUMPIN
Ollie is trying to live a normal life, in a normal Texas Hill Country town, with a normal event center business. All that changes when the high school homecoming brings a local hero back to town. Then strange things happen — including to Ollie — and a body appears unexpectedly in a most unusual place. As Ollie follows a twisted trail, she does not understand the terrible consequences that will result. Will Ollie and the gang be able to track down the killer before the next victim or is it already too late? 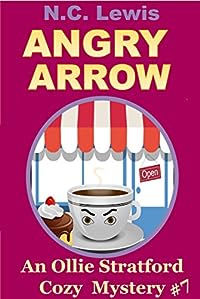 Ollie’s hot on the trail of the college killer, but disaster strikes close to home.

The academic calm of Medlin Creek Community College is rocked by the sudden death of a Professor, one of the oldest members on the academic staff, in the middle of an argument with a disagreeable colleague.

This is a cozy mystery with a feisty female lead will have you gripped from start to the heart-pounding conclusion. 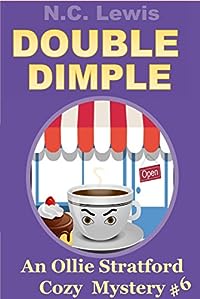 Do you crave the quiet life?

Ollie does!
Life should be good for Ollie. She’s settled into her new home in the Texas town of Medlin Creek, teaching at the local community college, and her event center business is beginning to grow. All that changes when she stumbles across the body of a local woman and the sheriff’s department are on the wrong scent.
Instead of enjoying the quiet life, Ollie digs deeper and uncovers a web of intrigue that extends far beyond the town of Medlin Creek. With almost no one free from suspicion, she can be certain of only one fact: there is no such thing as a quiet life in the Hill Country of Texas. 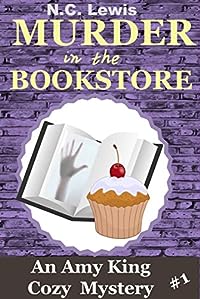 Murder in the Bookstore (An Amy King Cozy Mystery Book 1)
by N.C. Lewis

Amy King’s turned fifty and looking for a fresh start.

When Alan Earl, a well-known Austin antiquarian book dealer, is found dead at his 12th street bookstore, a tangled web of secrets, lies, deceit, and betrayal is exposed. For Amy King, Alan’s death threatens disaster, because his bookstore was the first ever client event for her fledgling professional staging business.

Quickly, Alan’s death turns into something more than she ever anticipated.

Things get worse when an elder of a local religious cult accuses Amy’s company of unleashing a curse. Now no one’s booking and Amy’s dream of running a staging business lies on the brink of ruin. To save her business and protect her reputation, Amy must find out why Alan Earl died and who did it.